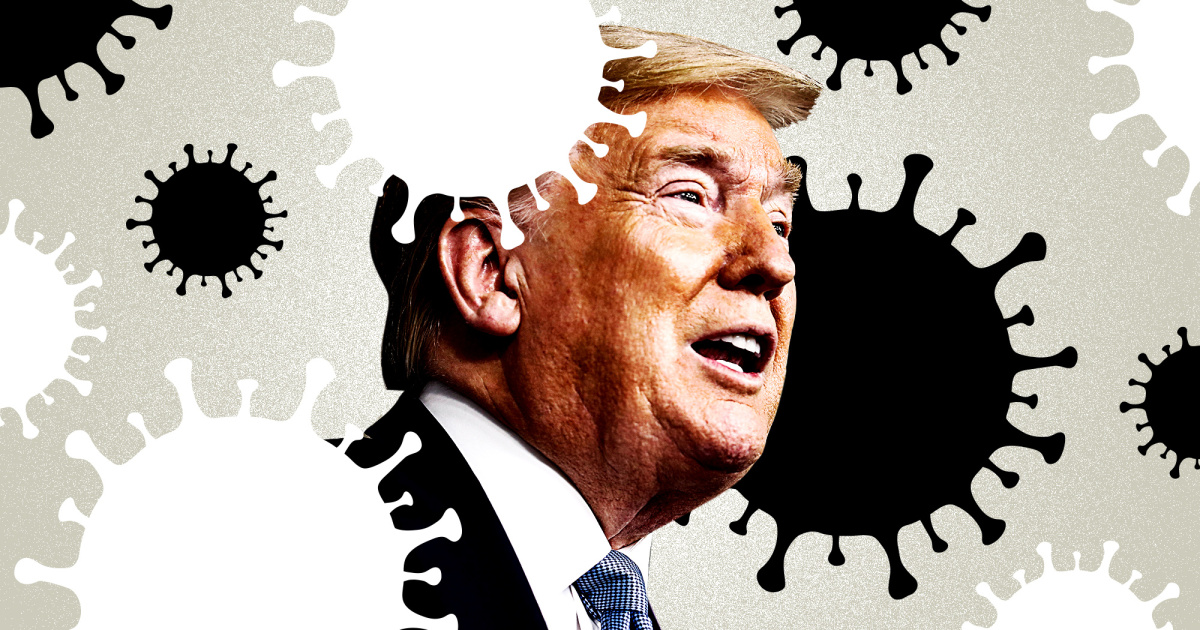 Playbook: “Here is a remarkable fact: President Trump and Speaker Nancy Pelosi haven’t spoken in nearly one year. Their last one-on-one conversation was Oct. 16, 2019 — they had a brief interaction at the State of the Union, before Pelosi ripped the president’s speech up. In that time period, the nation has been turned upside down, shaken to the core by an unrelenting virus that has killed more 200,000 and hobbled a once vibrant economy.”

“But through it all, Pelosi and Trump have remained distant, unified only in their distaste for one another.”

“Al of a sudden, though, their incentives are aligned: they both want a massive Covid deal in an unthinkably quick timeframe. This may happen, it may not, but both sides seem to be rowing toward the same goal at the moment. Washington has never negotiated on a package of this magnitude this late into a presidential election year.”

“Trump is unreadable and unplayable for most Washington observers because he, in fact, has no governing theory. But, in recent days, he has apparently decided that it is in his political interest to spend trillions of dollars.”

“Senate Republicans lashed out at a potential framework for a new coronavirus deal between the Trump administration and Speaker Nancy Pelosi on a conference call Saturday, warning that there was little support for a big spending bill right before the election,” Politico reports.

Playbook: “A significant and important chunk of Senate Republicans hate everything about the package that Mnuchin is negotiating with Speaker Nancy Pelosi, and, at this juncture, it has absolutely no chance of even getting brought up in that chamber. The voices were loud and angry.”

“President Trump said Republicans ‘want to do it’ — a stimulus — but Pelosi is the obstacle. That’s true only on opposite day.”

“President Trump is at his lowest point in the polls in months, behind in ad spending and has spent the past week off the campaign trail after a positive Covid-19 diagnosis. Now, with just weeks to go before Election Day, he’s hoping for one more reset,” the Wall Street Journal reports.

“From inside the White House, Mr. Trump has spent the past week employing unusual strategies to close the gap. He pulled out of the second debate with Democratic presidential nominee Joe Biden after organizers said it should be held virtually to avoid health issues. He has criticized two of his highest-profile cabinet secretaries, Attorney General Bill Barr and Secretary of State Mike Pompeo, for not being tougher on his political rivals.”

“Campaign aides are hoping they can get their candidate back on the road and back on message, as they try to narrow a gap that they insist is smaller than in the public polls which show him trailing Mr. Biden nationally and in battleground states. But they have just 24 days and one remaining debate to do it.”

“President Trump’s doctor said in a memo released Saturday night that he was ‘no longer considered a transmission risk to others,’ as the president prepared to resume campaign activities this week,” the New York Timesreports.

“The memo from Dr. Sean Conley, the White House physician, said he was releasing information with Mr. Trump’s permission. But the amount of information he provided was limited, in keeping with restrictive presentations to the public that Dr. Conley has made throughout Mr. Trump’s battle with symptoms of the coronavirus since officials made his diagnosis public early on Oct. 2.”

“The best check on a Biden presidency is for Republicans to have a majority in the Senate. And I do think ‘checks and balances’ does resonate with North Carolina voters.”

Said Cunningham: “I’ve taken responsibility for the hurt I’ve caused in my personal life. I’ve apologized for it. I’ve said what I’m going to say about it.”

Sen. Thom Tillis (R), Cunningham’s opponent in the race, has publicly discussed a second affair allegation against Cunningham, an unconfirmed one made on Facebook by an attorney who says she knows of that relationship.

“If you’re a young African American, an immigrant, you can go anywhere in this state, you just need to be conservative, not liberal.”

President Trump’s reelection bid received a vote of support from an entity most in his party would reject: the Taliban, CBS News reports.

Said Taliban spokesman Zabihullah Mujahid: “We hope he will win the election and wind up U.S. military presence in Afghanistan.”

Republican campaign strategist Ed Rollins, who is the chair of the pro-Donald Trump Great America PAC, told John Avlon: “I’m afraid the race is over.”

Said Rollins: “What happened after the first presidential debate is every Senate race saw a 3- to 4-point drop for Republican candidates across the board. So campaigns are panicking and it’s the first time in a long while that they are being outraised. The potential is there to lose not only the presidency but the Senate as well…and to see the kind of wipeout we haven’t an experienced since the post-Watergate year of 1974.”

“A federal judge has dismissed a lawsuit filed by the Trump campaign in Pennsylvania seeking to block the use of drop boxes as receptacles for mail ballots, require ballot signatures to match voter registration records and allow nonresident poll watchers at polling places, ruling that the president’s claims of potential fraud were ‘speculative,’” the Washington Post reports.

“Amy Coney Barrett was just three years out of law school, a 28-year-old associate at a boutique Washington law firm, when she was dispatched to Florida to help George W. Bush’s legal team rescue thousands of Republican absentee ballots,” the Washington Post reports.

“The litigation was a sidebar to the central drama of the 2000 presidential contest, but a loss in the case could have cost Bush the presidency.”

“At issue were thousands of absentee ballot request forms in Martin County — just north of Palm Beach County, home of the notorious ‘butterfly ballot’ — that had missing voter registration information.”

Supreme Court nominee Amy Coney Barrett’s affiliation with the Christian community People of Praise is drawing scrutiny because of what former members and observers describe as its ultraconservative views on women, the AP reports.

“In interviews with a dozen former members of the organization and graduates of the schools it runs, most told The Associated Press that Barrett’s association with the group should be examined when the Senate takes up her nomination beginning Monday.”

“Some were proud and excited that one of their own could soon be on the high court, in a position to roll back abortion rights.”

“Others were deeply concerned about that threat, and also about the community’s teachings on gender, gay rights, and other social issues. They also raised flags about what they describe as the organization’s authoritarian structure.”

New York Times: “In several phone calls last weekend from the presidential suite at Walter Reed National Military Medical Center, Mr. Trump shared an idea he was considering: When he left the hospital, he wanted to appear frail at first when people saw him, according to people with knowledge of the conversations. But underneath his button-down dress shirt, he would wear a Superman T-shirt, which he would reveal as a symbol of strength when he ripped open the top layer. He ultimately did not go ahead with the stunt.”