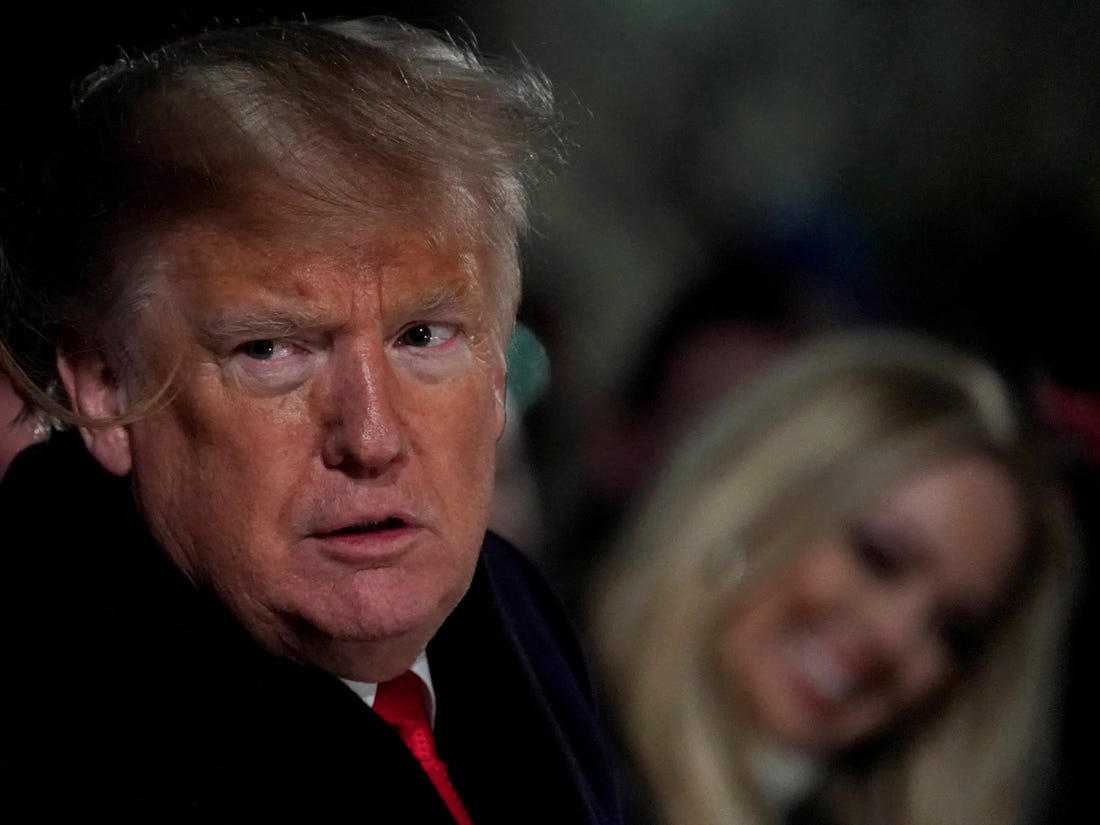 Using President Trump’s leaked tax records, the New York Times reports on how Trump in 2016 “engineered a sudden financial windfall — more than $21 million in what experts describe as highly unusual one-off payments from the Las Vegas hotel he owns with his friend the casino mogul Phil Ruffin.”

“The new findings cast light on Mr. Trump’s financial maneuverings in that time of fiscal turmoil and unlikely political victory. Indeed, they may offer a hint to one of the enduring mysteries of his campaign: In its waning days, as his own giving had slowed to a trickle, Mr. Trump contributed $10 million, leaving many people wondering where the burst of cash had come from.”

“The tax records, by their nature, do not specify whether the more than $21 million in payments from the Trump-Ruffin hotel helped prop up Mr. Trump’s campaign, his businesses or both. But they do show how the cash flowed, in a chain of transactions, to several Trump-controlled companies and then directly to Mr. Trump himself.”

“The Seven Springs appraisal, obtained by the Washington Post, appears to have relied on unsupported assertions and misleading conclusions that boosted the value of his charitable gift — and his tax break.”

“The valuation has now become a focal point of what could be one of the most consequential investigations facing President Trump as he heads into the election.”

“Most people with COVID-19 can stop isolating and be around others about 10 days after they first showed symptoms… That’s provided their symptoms have improved, they have not had a fever for 24 hours and are no longer on any medication to reduce a high temperature. But there’s no way to know for certain that someone is no longer contagious so soon after falling ill, experts say.”

“That brings the total number in that outbreak to four people, including three members of the housekeeping staff who work on the third floor of the residence, as well as an assistant to the chief usher, Timothy Harleth.”

“If you fuck around with us, if you do something bad to us, we are gonna do things to you that have never been done before.”

“Attorney General Bill Barr has begun telling top Republicans that the Justice Department’s sweeping review into the origins of the Russia investigation will not be released before the election,” Axios reports.

“Republicans had long hoped the report, led by U.S. Attorney John Durham, would be a bombshell containing revelations about what they allege were serious abuses by the Obama administration and intelligence community probing for connections between President Trump and Russia.”

The White House is preparing a $1.8 trillion coronavirus relief offer, its largest proposal to date in the long running negotiations with congressional Democrats, the Wall Street Journal reports.

However, Axios reports that two sources close to Senate leadership said President Trump “is desperate, has zero leverage to push them to support a bill crafted by Pelosi and congressional Republicans aren’t inclined to wrap themselves any tighter to a sinking ship.”

“The Wall Street Journal interviewed disease detectives and reviewed hundreds of pages of new research to piece together how the coronavirus infiltrated the wealthiest nation on earth. The latest genetic, epidemiological and computational research suggests it was spreading inside the country before anyone started looking.”

“Speaker Nancy Pelosi, alarmed by President Trump’s erratic behavior in recent days, is putting her weight behind a bill to give Congress a role in determining whether the President of the United States must be forced out of office because he’s incapable of doing his job,” CNN reports.

New York Times: “Mr. Trump has not been seen in person since returning from the hospital on Monday, but he sought to reassert himself on the public stage with a pair of telephone interviews with Fox News and Fox Business, a video and a series of Twitter messages. Even for him, they were scattershot performances, ones that advisers said reflected increasing frustration over his political fortunes only 26 days before an election with surveys that show him trailing Mr. Biden by double digits.”

“The president castigated his own team, declaring that Attorney General William P. Barr would go down in history ‘as a very sad, sad situation’ if he did not indict Democrats like Mr. Biden and former President Barack Obama. He complained that Secretary of State Mike Pompeo had not released Hillary Clinton’s emails.”

“The White House Presidential Personnel Office is considering asking nearly every political appointee in the Trump administration to write and tender provisional letters of resignation right before the election,” Politico reports.

“The personnel office would then decide which ones to accept and which to reject — giving President Trump maximum flexibility in choosing his team in a possible second term.”

“The Centers for Disease Control and Prevention drafted a sweeping order last month requiring all passengers and employees to wear masks on all forms of public and commercial transportation in the United States, but it was blocked by the White House,” the New York Times reports.

NJ Advance Media: “Christie’s exact condition remains unknown and it’s still unclear what course of treatment he’s receiving. The 58-year-old hasn’t tweeted since Saturday, and doctors, family, and friends have not made any public announcements about how he’s doing.”

Dr. Anthony Fauci, the U.S.’s top infectious-disease expert, said that a gathering in the White House Rose Garden last month was a “super-spreader event” for the novel coronavirus, Bloomberg reports.

“Judge Amy Coney Barrett failed to disclose two talks she gave in 2013 hosted by two anti-abortion student groups on paperwork provided to the Senate ahead of her confirmation hearing to become the next Supreme Court justice,” CNN reports.

Mike Pompeo told Fox News he has some of Hillary Clinton’s emails and is working to publicly release them before the election.

It’s not at all clear what emails he’s talking about. And I am not sure how her campaign will survive this. LOL.

“A school attended by some of the children of Amy Coney Barrett, the Supreme Court nominee who brought her family to a Rose Garden celebration at the White House on Sept. 26, notified parents on Thursday that one teacher and two high school students had tested positive for the coronavirus,” the New York Times reports.

“The outbreak at Trinity School, a small, private school in South Bend, Ind., is likely to intensify scrutiny of the White House event that some health experts fear led to the virus spreading among administration officials, guests and others who subsequently came in contact with them.”