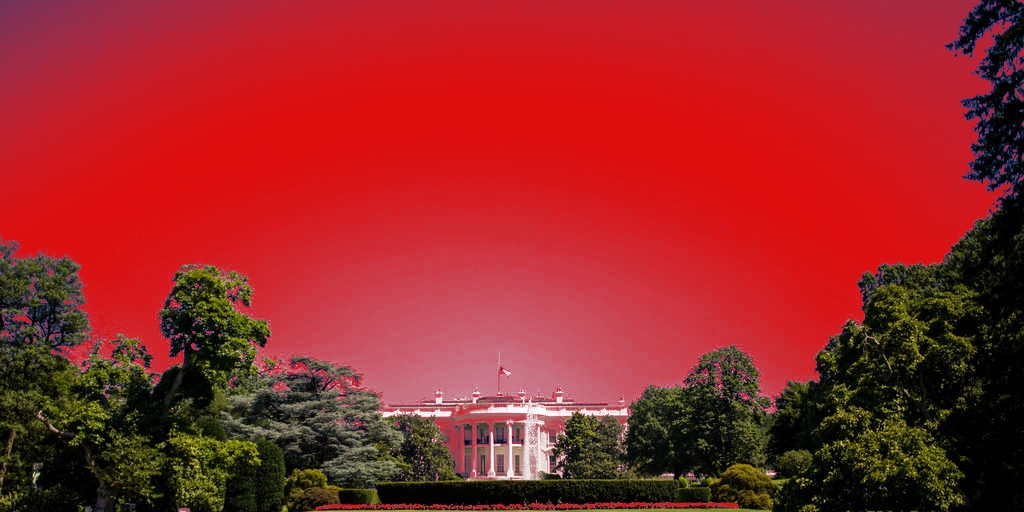 On the same day Federal Reserve Chair Jerome Powell warned of potentially tragic economic consequences if Congress and the White House don’t come to agreement on a new relief package, President Trump abruptly halted negotiations until after the November election.

Tweeted Trump: “I have instructed my representatives to stop negotiating until after the election when, immediately after I win, we will pass a major Stimulus Bill that focuses on hardworking Americans and Small Business.”

Trump rejected an offer from Pelosi to spend $2.2 trillion which would have helped boost the economy just before the election.

It makes little sense politically since those funds could only help his re-election prospects. A New York Times/Siena poll last month found 72% of voters supported another $2 trillion stimulus package.

But it’s worse than that. Trump not only rejected the offer of stimulus funds, but he publicly took credit for killing the negotiations. Several Trump advisers told Axios that they are utterly perplexed by the decision. Said one: “You have to try to be this politically inept. What is going on in the White House?”

Stocks buoyed by hopes for a stimulus deal reversed course and slumped Tuesday after President Trump said he has asked White House officials to halt negotiations until after the election. The Dow Jones tumbled by about 350 point after rising about 200 points earlier on expectations for an agreement while the Standard & Poor’s 500 index was down about 1.2%.

The top US general, Gen. Mark Milley, and several members of the senior Pentagon leadership are quarantining after a top Coast Guard official tested positive for coronavirus, CNN reports.

Stephen Miller, a top aide to President Trump, tested positive for Covid-19 on Tuesday, Politico reports. The Washington Post notes Miller previously had a series of negative test results in the days since Trump’s diagnosis.

“It’s insane that he would return to the White House and jeopardize his staff’s health when we are still learning of new cases among senior staff. This place is a cesspool.” — A White House staffer, quoted by Axios.

Another President Trump staffer, a member of the military personnel assigned to support the president, tested positive for Covid-19 this weekend, Forbes reports.

A source tells the New York Times that a third and fourth press aide in the White House has tested positive for the novel cornavirus, making it a total of five people in the press office including press secretary Kayleigh McEnany.

Facebook on Tuesday removed a post from President Trump in which he falsely claimed that COVID-19 is less deadly than the flu, Axios reports.

Twitter labeled the tweet for violating its rules about “spreading misleading and potentially harmful information,” but left it up because it may be “in the public’s interest.”

“Facebook said Tuesday that it is banning all QAnon accounts from its platforms, a significant escalation over its previous actions and one of the broadest rules the social media giant has put in place in its history,” NBC News reports.

Politico: “Trump’s Republican critics have long argued that he was a virus infecting their party that would eventually destroy it. Trump skeptics-turned-supporters, which could describe most Washington Republicans, made a different calculation: If the worst elements of Trump could be contained, then Republicans could keep a Democrat out of the White House, lock in a majority on the Supreme Court and protect their redoubt in the Senate. Even before Trump’s diagnosis, the cost of the deal with Trump was starting to look high. But the path to pushing through Barrett and retaining the Senate and even White House was hardly insurmountable.”

“That an actual virus has now infected Trump, his wife, his campaign manager, the head of the Republican National Committee, several advisers, and three senators — many of them at a celebration of Barrett’s nomination — thus throwing all three of the GOP’s 2020 goals into chaos, is a plot twist that would be rejected by any writer as just a little too on the nose.”

President Trump suggested in a new video back at the White House that “maybe I’m immune” to the coronavirus, even though it made him sick enough to be taken to the hospital and require supplemental oxygen.

“Trump, who is infected with a highly contagious virus, took off his mask upon arrival back at the White House Monday as he posed for photos from the balcony above the South Lawn,” The Hill reports. “The president was near an official photographer and other staffers could be seen behind him. He did not put his mask back as he turned to walk back into the White House.”

“President Trump is incurring significant risks, physically and politically, by leaving the protective care of Walter Reed National Military Medical Center for a White House that is less a safe space than a hot zone.” the New York Times reports.

“Yet sitting still — much less resting in bed — was never really an option for a president who often equates mobility, the power to control his own movement and hence his message, with survival.”

“By midday Monday, Mr. Trump made it clear he would soon be moving on from Walter Reed, and moving forward with his campaign, even as medical experts warned that the course of his illness is unpredictable in a man of his age and weight.”

“Top White House officials are blocking strict new federal guidelines for the emergency release of a coronavirus vaccine, objecting to a provision that would almost certainly guarantee that no vaccine could be authorized before the election on Nov. 3,” the New York Times reports.

President Trump on Twitter: “Flu season is coming up! Many people every year, sometimes over 100,000, and despite the Vaccine, die from the Flu. Are we going to close down our Country? No, we have learned to live with it, just like we are learning to live with Covid, in most populations far less lethal!!!”

Associated Press: “The mood within the White House remains somber, with staff fearful they may have been exposed to the virus. As they confront a new reality — a worksite that once seemed like a bubble of safety is anything but — they also have been engaged in finger-pointing over conflicting reports released about the president’s health as well as a lack of information provided internally.”

“Many have learned about positive tests from media reports and several were exposed, without their knowledge, to people the White House already knew could be contagious.”

“Indeed, it took until late Sunday night, nearly three full days after Trump’s diagnosis, for the White House to send a staff-wide note in response. Even then, it did not acknowledge the outbreak.”

Joe Klein: “In 2015, Carlos Lozada, The Washington Post’s Pulitzer Prize-winning book critic, took on a harrowing task: He read eight books ‘written’ by Donald Trump. Soon, he expanded the mandate, reading everything he could about Trump and the Trump era — 150 books in all.”

“It was an act of transcendent masochism, but we should be grateful he did it because What Were We Thinking looks past the obvious and perverse — that is, past Trump himself — to the troublesome questions raised by the elevation of a soulless carnival barker to the nation’s highest office.”

“White House aides have advised President Trump to avoid the Oval Office while he’s still infected. But they’re making arrangements for him to work out of the Diplomatic Reception Room, and use it as a backdrop for future televised remarks,” Axios reports.

“The preparations show that far from bunkering down in the residence until he’s well, Trump is considering remaining active while he recovers from COVID. Any Trump movement in the West Wing would create a series of risks for his staff.”

New York Times: “Mr. Trump was considering some kind of a nationwide televised address, two people familiar with the discussions said. But while there were no new reports of him needing oxygen, he was still sounding somewhat short of breath in conversations, another person said.”

The networks would be forced to give free time in equal amount to Joe Biden if Trump does this, and thus they are probably telling the President no. If he wants to pay for his time, then fine, but they are just going to give it away. And Trump is too broke to pay for it.