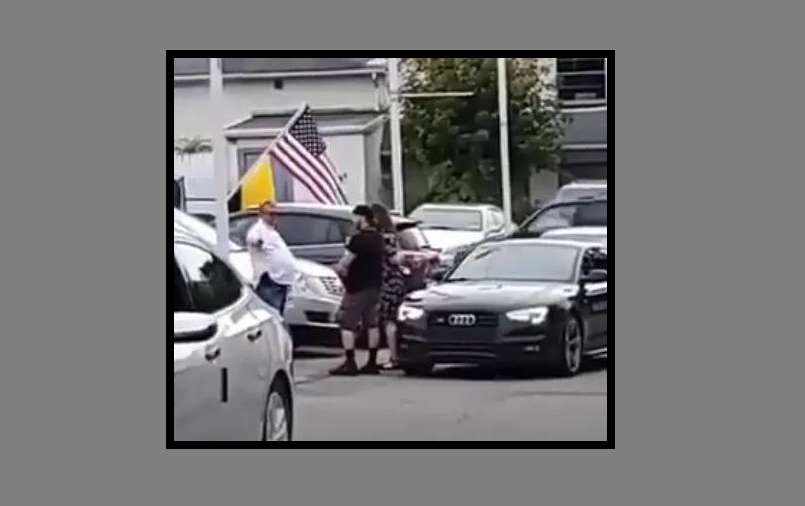 The News Journal reports that a Donald Trump and Lauren Witzke supporter, 60 year old Michael Hastings (that name is really familiar) was indicted for his actions in an incident last month when he pulled a gun on anti-Witzke protestors and threatened them with it. He has been indicted on two felony charges, reckless endangering and possession of a firearm during the commission of a felony.

It’s about time. This incident was reported to the State police on the scene when it happened, and the police officers seemed dismissive, only saying that they were aware and had the situation under control.

Delaware Attorney General Kathy Jennings weighed in Tuesday, saying “the right to free expression should be free of danger.” “This is not responsible gun ownership,” she said. “A firearm is a deadly weapon, period, and there is never a good reason to point it toward anyone except in self-defense. Mr. Hastings’ actions endangered others and we will prosecute him fully.”