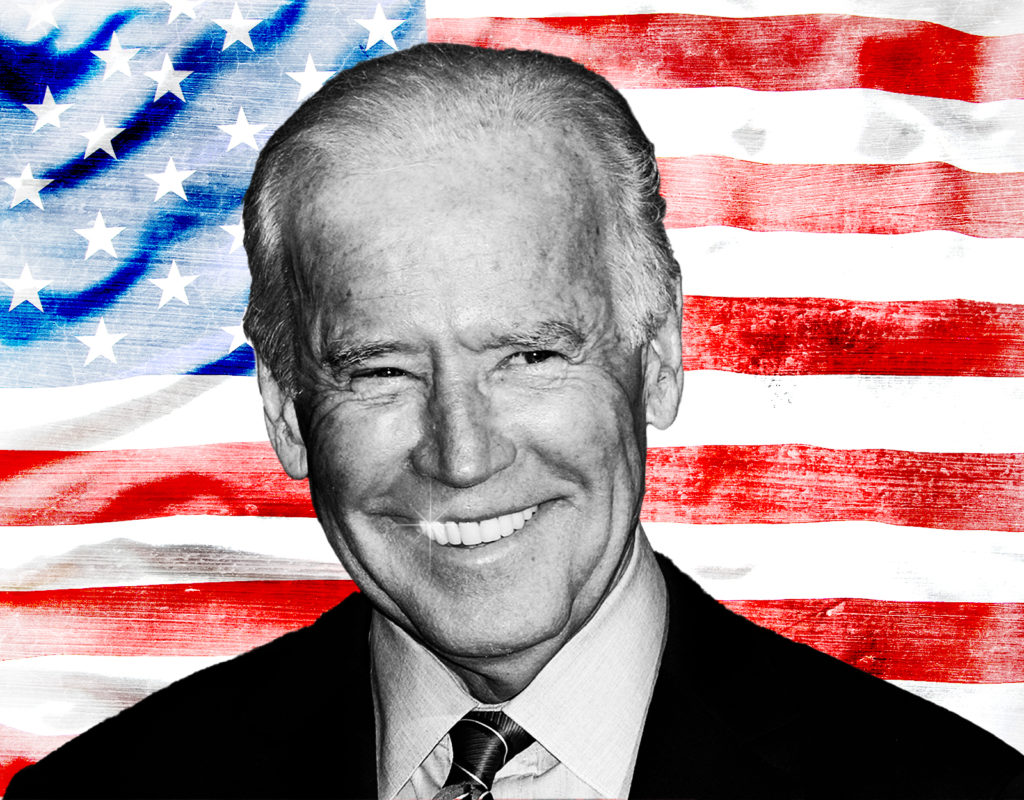 A new CNN poll finds Joe Biden’s advantage over Donald Trump has widened among likely voters to 57% to 41%.

“The two are about even over who would better handle the economy (50% say Biden, 48% Trump), similar to where they have been among registered voters in recent polling.”

More interesting: In interviews completed after Trump had been helicoptered to Walter Reed Medical Center, Biden appears to have consolidated support, leading by 16 points among likely voters interviewed most recently, 56% to 40%.

Nate Cohn: “If the polls were exactly as wrong as they were over the final three weeks in 2016, Biden would still win with over 300 electoral votes.”

Charlie Cook: “The multiple calamities that have befallen the Trump campaign remind operatives of the days before Reagan’s drubbing of Carter.”

Michelle Obama made her closing argument for Joe Biden in a video, arguing that President Trump has mismanaged the pandemic while “stoking fears about Black and Brown Americans.”

She adds: “So what the president is doing is, once again, patently false… it’s morally wrong… and yes, it is racist. But that doesn’t mean it won’t work.”

“President Trump is once again warning voters that Democrats would “shut our economy and jobs down” if they win in November,” CNN reports. But “Goldman Sachs is telling its clients the exact opposite… Goldman economists pointed out that polls ‘suggest a blue wave in which Democrats gain unified control of Washington is becoming more likely’ — and they’re not suggesting investors dump stocks.”

In fact, “all else equal, such a blue wave would likely prompt us to upgrade our forecasts.”

“Vice President Pence is requesting that no plexiglass dividers be placed on his side of the stage at Wednesday night’s vice-presidential debate, after an announcement Monday by the Commission on Presidential Debates that dividers had been agreed to as a safety measure to prevent the spread of the coronavirus,” the Washington Post reports.

“The commission and the Biden campaign both said Tuesday they understood that the Pence team was in agreement with the notion of plexiglass barriers. But the Pence team suggested they did not want any such dividers around the vice president, regardless of what Harris does.”

Said Pence chief of staff Marc Short: “If she wants it, she’s more than welcome to surround herself with plexiglass if that makes her feel more comfortable. It’s not needed.”

A source familiar with discussions related to the presidential debates told the New York Times that one option being discussed is to hold the remaining debates outside.

James Poniewozik: It’s time for the debates to go remote.

President Trump plans to attend and participate in the presidential debate in Miami next week, the Wall Street Journal reports.

Politico: “Harris’ tone toward the laid-up president is expected to mirror Biden’s of late, according to aides and allies. The Democratic presidential contender and Harris have wished the president a speedy recovery. Their campaign pulled negative TV ads and implored staff to refrain from piling on to reporters and on social media, though as Trump emerged from the hospital late Monday, Biden suggested he would not let him off the hook for not wearing a mask and flaunting social distancing protocols.”

“The grim circumstances don’t change Harris’ overarching objective: to methodically yolk Pence to the Trump administration’s months of failures to contain the virus, zeroing in on his role as chair of the White House Coronavirus Task Force. The legal threat to the Affordable Care Act — clarified by the battle over the late Supreme Court Justice Ruth Bader Ginsburg’s seat — will be another focal point for Harris. And after Justices Clarence Thomas and Samuel Alito lamented Monday the ‘ruinous consequences for religious liberty’ of the court’s decision that granted marriage rights — and signaled that the ruling should be reconsidered — the VP contenders’ sharply divergent records on same-sex marriage are likely to surface.”

New York Times: “When talking about their internal polling, some officials insist the surveys need to be shifted to account for ‘hidden’ Trump voters who showed up in 2016.”

“But the campaign, which in September cut down on the number of traditional polls it had been previously been conducting, according to two people familiar with the decision, has been suffering a cash crunch that won’t be helped by Mr. Trump’s inability to appear at fund-raisers.”

“President Trump’s campaign canceled its planned television advertising in Iowa and Ohio this week, focusing its spending on states where Trump is behind even as polls show he is neck-and-neck with Joe Biden in the two Midwestern states,” CNN reports.

Rick Hasen: “With coronavirus infections raging through the White House and the state of the President’s health unclear, it’s time to face up to an unsettling reality. We need to start thinking about what to do if the disease incapacitates or kills President Donald Trump or his opponent, Joe Biden — or even both of them — between now and January 6, 2021, when Congress meets to count Electoral College votes.”

“These scenarios may be unlikely, but they need to be considered because being unprepared for any of them would be a calamity for our democracy.”

ABC News: “On the campaign trail, rather than touting that prospect, several prominent Republican senators up for reelection are downplaying a possible conservative shift on the court in an attempt to avoid a potential backlash on Election Day.”

“Some incumbents appear to be minimizing the implications of Barrett’s addition to the court, arguing that even with six conservative justices — three nominated by Trump — the court might not always rule in favor of the GOP’s core policy goals.”

Tim Miller: “Trump had a choice: he could have gone for the sympathy vote; he could have shown a flash of empathy. According to the NYT, some campaign staffers thought that if Trump recovered quickly and then appeared sympathetic to the public in how he talked about his own experience and that of millions of other Americans, he could have something of a political reset.’”

“In TrumpWorld, though, empathy is for cucks, so he opted for STRENGTH instead. Or at least the video version.”

“But as he stood there, maskless, breathing heavily, and about to enter a White house ravaged by the pandemic, Trump didn’t look strong. He looked reckless. He looked sick. He looked like a man whose presidency was in the last stages of decadence.”

Aaron Blake: “Over the last few days, Trump has offered what amounts to remarkable and dumbfounding double-down on his coronavirus messaging: downplaying it, having his doctors hide information, taking a joyride that could endanger the people riding in the car with him, demonstrably removing his mask upon returning to the White House, and sending a series of tweets urging people not to be ‘afraid’ of the virus and rekindling his long-abandoned comparisons to the flu.”

“The thing is, though: None of it was working before. And there’s precious little reason to believe it will now.”

Walter Shapiro: “Their rationale for four years of silence — aside from a few brave figures like former Sen. Jeff Flake and (usually) Mitt Romney — was unreasoning terror. That is, crippling fear of a primary challenge from a Trumpian true believer.”

“But there is no justification for the self-destructive behavior of many congressional Republicans in the face of COVID-19. It is hard to imagine a 2022 primary challenge against Republicans solely for wearing a mask on an airplane or staying home when they feared they would test positive for the coronavirus.”

“Then what explains these incidents of heedless behavior by Republicans who presumably should know better?”

“Joe Biden is expanding his ad buys into every corner of Ohio as early voting begins Tuesday, signaling his campaign’s growing hopes that a state Donald Trump won easily four years ago may be within the former vice president’s grasp,” the AP reports.

“The new spots will air on radio in rural, traditionally Republican areas of the state… as well as on TV in Dayton. That adds to television advertising already announced in Cleveland, Columbus and Cincinnati and on Black radio stations.”

More than 3 million general election ballots have been cast with less than a month before Election Day, according to a CNN and Edison Research survey of election officials in 26 states reporting voting data.

“Ballots returned have exceeded 2 million in 10 of CNN’s most competitive-rated states. Registered Democrats comprised more than half of the ballots cast in six of those states — Florida, Iowa, Maine, Nebraska, North Carolina and Pennsylvania — that reported party data on the ballots.”