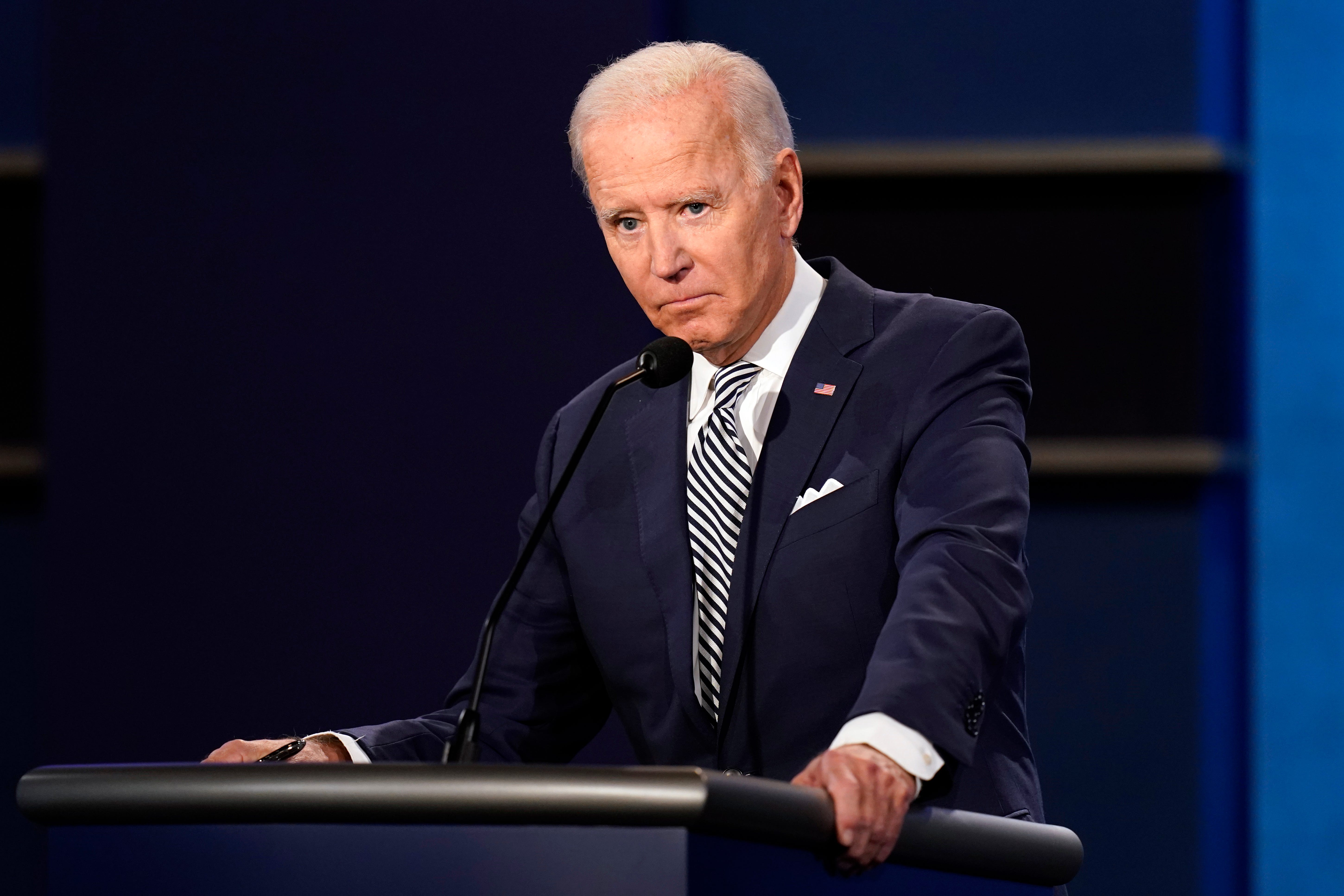 Mike Allen: “Some top GOP operatives, privy to data from swing states, tell me that this week’s chaotic presidential debate had a calamitous effect on Republican chances in tight Senate races.”

Said on GOP insider: “The bottom is falling out everywhere. Everyone knew Trump was capable of this kind of behavior. But these voters had never had 90 straight minutes of that behavior thrust in their faces.”

“This insider said the debate didn’t faze hardcore Trumpers. But he said it turned off ‘open to Trump’ swing voters, especially women in suburbs.”

A new Reuters/Ipsos poll finds Joe Biden opened his widest lead in a month in the U.S. presidential race after President Trump tested positive for the coronavirus, 51% to 41%. A majority of Americans — 65% — think Trump could have avoided infection if he had taken the virus more seriously.

Voters, by a 2-1 margin, say Biden did a better job at the debate.

73% of voters say the debate make no difference in their vote.

Biden holds a 32 point lead on temperament while Trump’s lead on the economy down to 7 points.

New York Times: “Mr. Trump had already been trailing in the polls to Joseph R. Biden Jr., in part because of his mishandling of a virus that has unsettled the day-to-day lives of voters for over six months. He compounded his difficulties by disregarding and at times belittling the basic precautions, such as wearing a mask, that his health advisers were urging Americans to take to protect themselves.”

“Now, though, his personal indifference toward the virus could threaten his own health, the stability of the country and his already dimming hopes for re-election.”

Washington Post: “The virus could further challenge Trump’s reelection bid, because advisers were hoping to close the gap in upcoming weeks with an aggressive travel schedule and a message that the coronavirus had largely passed.”

“Republican donors who attended President Trump’s fundraiser at his Bedminster, New Jersey, golf club on Thursday are panicking after being around the commander-in-chief hours before he tested positive for the coronavirus,” CNBC reports.

“GOP donors, according to a person briefed on the matter, have been reaching out to Trump campaign and Republican National Committee officials for any guidance as to what to do next following the event.”

“Bracing for possible civil unrest on Election Day, the Justice Department is planning to station officials in a command center at FBI headquarters to coordinate the federal response to any disturbances or other problems with voting that may arise across the country,” the Washington Postreports.

“Donald Trump had done everything possible to shift the focus of the presidential campaign away from his handling of the coronavirus,” Politico reports.

“His own infection now ensures that he can’t – pulling Trump off the road 32 days before the election, throwing debates into question and fixing the public’s attention more squarely than ever on a pandemic dragging down his prospects for a second term. A president who once seemed impervious to October surprises is suddenly confronting one big enough to alter the outcome of the election.”

The University of Utah is set to host the vice presidential debate between Vice President Mike Pence and Sen. Kamala Harris as planned next week, BuzzFeed News reports.

Their policy will require everybody inside the security perimeter — except for the three people onstage — “to wear masks at all times.”

“The Biden campaign has raised a health and safety objection with the Commission on Presidential Debates ahead of next week’s vice presidential match-up between Kamala Harris and Mike Pence, arguing the two would not be spaced far enough apart to abide by medical guidelines,” Politico reports.

“The two campaigns and the commission were negotiating the terms on Friday when the Biden camp balked at a plan to have the two positioned 7 feet apart.”

Philip Bump: “I am substantially younger than these United States, but I am nonetheless at a loss to identify a worse day for a presidential campaign than Oct. 2, 2020, was for the reelection campaign of President Donald J. Trump.”

“The most immediate problem for Trump’s campaign is that the candidate himself has contracted covid-19, the disease caused by the novel coronavirus at the heart of the global pandemic… Trump’s illness means that he’ll be in isolation at the White House for the immediate term — and, therefore, not actively campaigning.”

“It gets worse for Trump’s campaign. After all, not only will the focus of the race be on the pandemic, but it will specifically be on Trump’s decision to repeatedly downplay the threat the virus poses as he pushed for America to return to normal.”

North Carolina Senate candidate Cal Cunningham (D) “admitted to sending intimate text messages to a woman who is not his wife — but said he would not drop out of one of the key races that will determine which party controls the Senate next year,” Politico reports.

“Cunningham sent several text messages to a woman in which the two discussed kissing and hypothetically spending the night together.”

Gabriel Sherman reports that some Trump allies “are entertaining conspiracy theories that the White House outbreak was caused by someone with political motives.”

Said one prominent Republican: “It’s weird that all these Republicans are getting it. I don’t know what the fuck is going on. But one thing I’ve learned is: when something major happens thirty days before an election, it usually has to do with the election.”

Politico: “In a role reversal, the president who mocked his rival for being weak and hiding ‘in his basement’ is stuck in isolation under doctors’ supervision while Biden jets off to states like Michigan on Friday and Florida on Monday, with the battleground map all to himself.”

“It’s a contrast the Biden campaign intends to sharpen as long as Trump is sidelined from coronavirus. Only a month remains until Election Day, and a record 3.2 million Americans already cast early ballots in 21 states, with Democrats out-voting Republicans so far.”

New York Times: “The one constant has been the president portraying himself as a victim at every turn.”

“Be it congressional Democrats or Republican foes like the late Senator John McCain, the news media or the standards enforcers at Twitter, the impeachment inquiry or, now, the debate commission, Mr. Trump has repeatedly blamed others for problems and self-inflicted wounds, something he hopes will appeal to a shared sense of grievance among his supporters.”

“That instinct is now increasingly on display as he faces ominous polling showing him behind in his re-election campaign, a position that aides say is unfathomable for someone who has long staked his personal brand on ‘winning.’ Mr. Trump, some advisers inside and outside the White House say, has telegraphed to them that he is scared of losing — and in particular, scared of losing to Mr. Biden, whom he does not respect.”