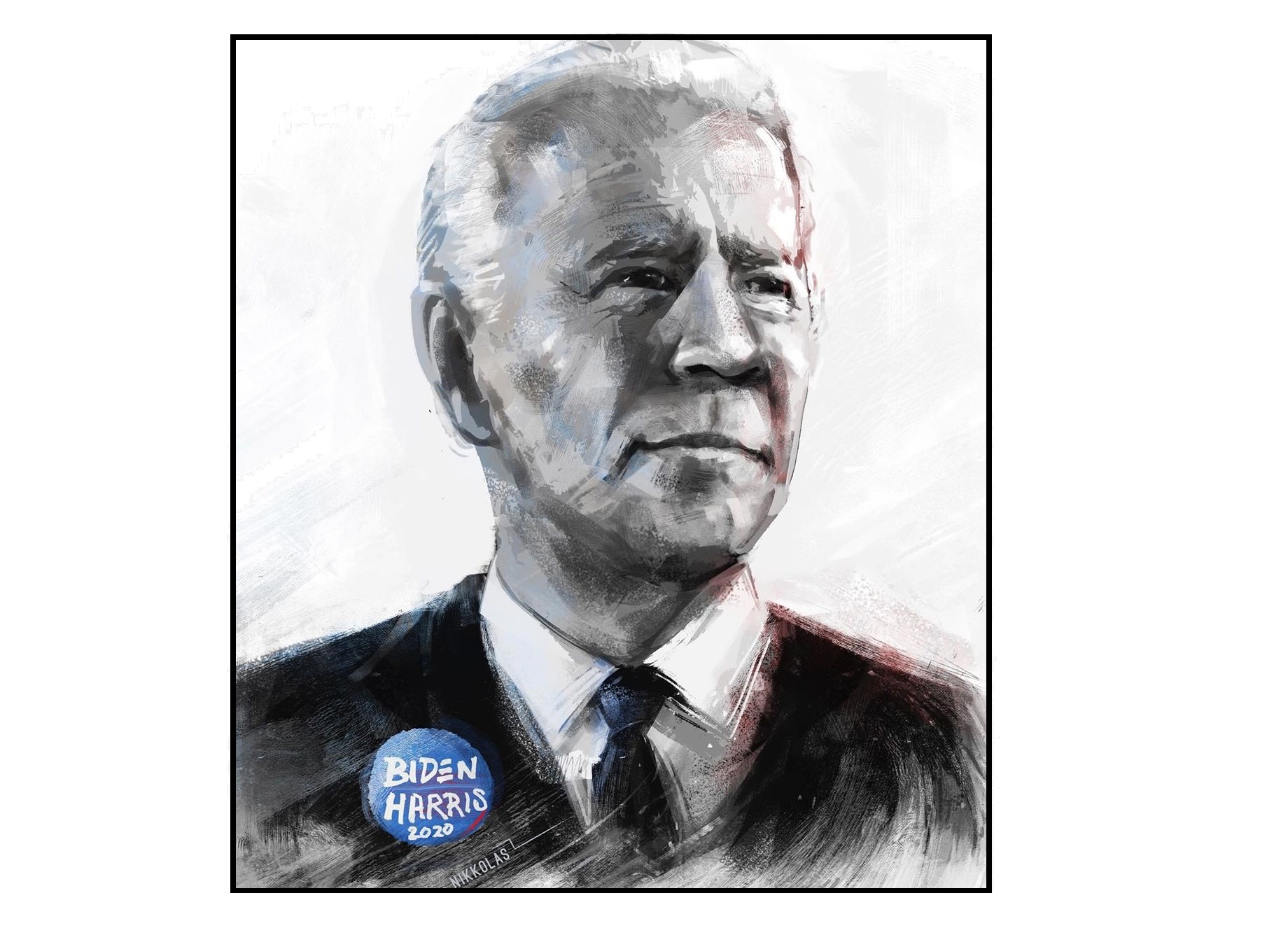 Larry Sabato’s Crystal Ball moves four states towards the Democrats in their forecast, pushing Joe Biden over the 270 electoral votes he needs to win the presidency.

“Trailing nationally and in more than 270 electoral votes’ worth of states, Donald Trump needed more help from Tuesday night’s debate than Joe Biden did. We don’t think Trump did help himself, and it is possible that he actually made his path to a second term harder by demonstrating the poor behavior that seems to turn off so many voters.”

“Trump’s performance was so outrageous that it made us ponder whether we should make him a significantly bigger underdog in our ratings than he already has been.”

A new Morning Consult poll finds those who watched the first presidential debate think Joe Biden did a better job than Donald Trump by 50% to 34%. Just 37% of voters who watched the debate said Trump is a good debater, down 10 points from a poll taken just before the moderated discussion.

In the first poll conducted entirely after the first debate on Tuesday, CNBC/Change Research finds Joe Biden expanding his national lead over Donald Trump to 13 percentage points, 54% to 41%.

The latest FiveThirtyEight forecast gives Joe Biden an 80% chance to win the presidential race and Donald Trump a 20% chance. The model also gives Biden a 29% chance he’ll win in a landslide, meaning winning the popular vote by at least 10 percentage points.

Nate Cohn: “For the first time since we started our poll tracker several weeks ago, Joe Biden leads by enough to withstand a repeat of the polling error in 2016.”

“If the polls were exactly as wrong as they were four years ago, Mr. Biden would hold the Clinton states and flip Michigan, Pennsylvania, Arizona and Nebraska’s Second District, giving him more than the 270 electoral votes needed to win.”

“Of course, the polls won’t be exactly as wrong as they were in 2016. They could understate support for Donald Trump by an even greater degree. But there are good reasons to believe that many causes of 2016’s poll misfire are less likely this time around.”

“Two notorious conservative operatives were charged Thursday with felonies in connection with false robocalls that aimed to dissuade residents in Detroit and other U.S. cities from voting by mail,” the AP reports.

“Jacob Wohl and Jack Burkman each face four felony counts in Detroit, including conspiring to intimidate voters in violation of election law and using a computer to commit crimes.”

“The calls falsely warned residents in majority-Black Detroit and urban areas in at least four other states that voting by mail in the Nov. 3 election could subject people to arrest, debt collection and forced vaccination.”

Sen. Lindsey Graham (R-SC) “is getting campaign support from a third-party candidate, potentially bringing with him a narrow margin of conservative backers who could propel Graham over his Democratic challenger in a tightening race,” the AP reports. “Bill Bledsoe, who had been running as the Constitution Party candidate seeking to block Graham from a fourth term, dropped out to endorse Graham.” However, Bledsoe’s name “will still appear on ballots, which have already been printed.”

“South Carolina Republicans asked the Supreme Court on Thursday to reinstate the witness signature requirement for mail ballots ahead of the November election, extending the legal turmoil over the rule even as tens of thousands of ballots have been sent to voters across the state,” the Washington Post reports.

“The request to the high court comes after the U.S. Court of Appeals for the 4th Circuit on Wednesday left in place an order blocking the requirement because of the risks associated with in-person voting during the coronavirus pandemic.”

“A Republican super PAC is preparing a massive ad blitz in South Carolina, hoping to boost Sen. Lindsey Graham (R-SC) in a re-election campaign that has become unexpectedly competitive despite the state’s rightward lean,” McClatchy reports.

“Senate Leadership Fund plans to spend $10 million over three weeks starting Saturday on TV and radio ads in the state, an enormous late push into the state the group’s leader says is reflective of the massive spending disparity between Graham and his Democratic opponent, Jaime Harrison.”

Nate Silver: “Now, I’m not predicting this will happen, but if Biden’s national lead were to expand to 9 or 10 points, which is consistent with the sorts of polling bounces we’ve seen in the past for candidates who were perceived to win debates — especially challengers debating an incumbent for the first time — Trump’s situation could become quite desperate.”

“To be clear, none of this means that Trump’s chances are kaput. As of this writing, our forecast still gives him around a 21 percent chance of winning the Electoral College. That’s not great, but it’s a lot better than zero.”

“But it’s possible Trump’s chances may decline further after post-debate polling begins to roll into our forecast. Furthermore, the mere passage of time helps Biden in our model, because every day that Trump doesn’t gain ground is a day when his fate becomes slightly more sealed. (Lots of people have already voted!) Case in point: In an election held today — Trump has no more time to make up ground — his chances would be 9 percent, not 21 percent, according to our forecast.”

“Joe Biden’s presidential campaign and the Democratic National Committee set another fundraising record for the month of September, surpassing the massive $364.5 million haul it raised in August,” Bloomberg reports.

“An exact number was not yet available.”

Texas Gov. Greg Abbott (R) “issued an order Thursday requiring counties to close multiple locations where voters can drop off completed mail-in ballots,” the Austin American Statesman reports. “As an election security measure, counties will be limited to one dropoff site where poll watchers — designated by political parties and candidates — must be allowed to observe ballot deliveries by voters.”

“President Trump appears to have canceled a planned appearance in western Wisconsin amid calls from the city’s mayor and the state’s governor, both Democrats, that he not hold a rally amid a surge in coronavirus cases,” the AP reports.

Jane Mayer: “A daunting gender gap: according to a recent Washington Post/ABC News poll, he trails Joe Biden by thirty percentage points among female voters. As part of his campaign, Trump has been doing all he can to showcase female stars in the Republican Party, from nominating Amy Coney Barrett for the Supreme Court to naming Kimberly Guilfoyle, the former Fox News host and legal analyst, his campaign’s finance chair.”

“Guilfoyle, however, may not be an ideal emissary. In November, 2018, a young woman who had been one of Guilfoyle’s assistants at Fox News sent company executives a confidential, forty-two-page draft complaint that accused Guilfoyle of repeated sexual harassment, and demanded monetary relief. The document, which resulted in a multimillion-dollar out-of-court settlement, raises serious questions about Guilfoyle’s fitness as a character witness for Trump, let alone as a top campaign official.”

President Trump on Twitter: “Why would I allow the Debate Commission to change the rules for the second and third Debates when I easily won last time?”

“After months of avoiding direct contact with voters because of the pandemic, Joe Biden’s campaign is about to launch in-person canvassing efforts across several battleground states,” the AP reports.

“The decision comes amid growing concern from Democratic officials on the ground in key states who fear that Biden has been giving a significant advantage to President Trump and his Republican allies, who have been aggressively courting voters at their doorsteps for months.”

“President Trump has spent six months searching for a clear message that would erode his challenger’s lead in the polls. With less than five weeks left in the race, the incumbent still hasn’t found an answer,” the Wall Street Journal reports.

“Mr. Trump’s debate performance on Tuesday against Democratic nominee Joe Biden, GOP campaign strategists said, encapsulated his struggle to frame the race in the same consistent and persuasive way he did in 2016, as he spent the night ticking through multiple attacks he and his campaign have rotated through for most of the past year.”

Retired four-star General Stanley McChrystal told MSNBC that he supports Joe Biden for president, saying the former vice president is “someone that you can trust.”

“Now GOP outside groups — which get less bang for the buck on ad rates than campaigns do — came to Trump’s rescue, narrowing Team Biden’s overall advantage versus Team Trump’s (campaign + outside groups) to $189 million to $127 million.”

“Still, it’s remarkable that an incumbent who began raising money so early and who once had such a significant cash-on-hand advantage over Biden is getting outspent here.”