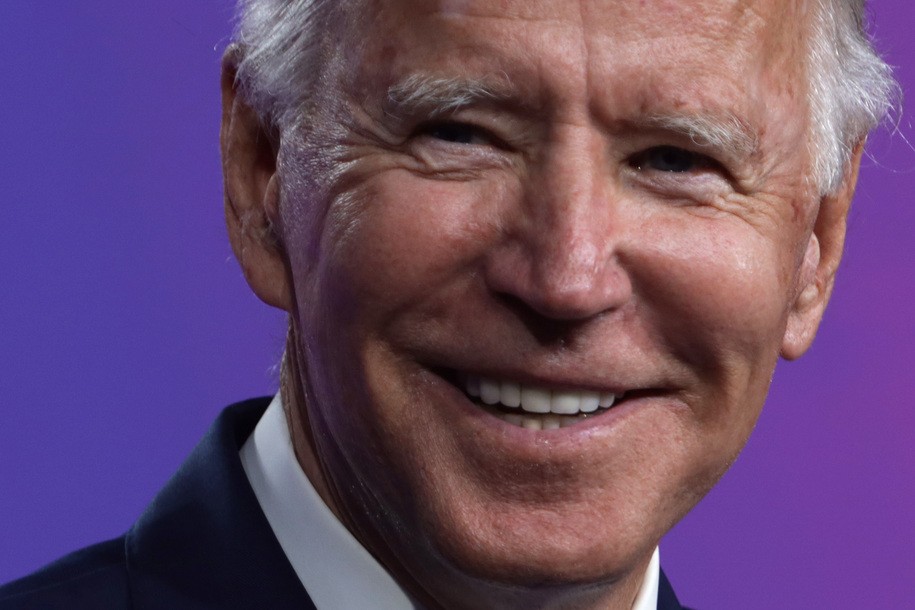 The Commission on Presidential Debates issued a statement: “Last night’s debate made clear that additional structure should be added to the format of the remaining debates to ensure a more orderly discussion of the issues.

The CPD will be carefully considering the changes that it will adopt and will announce those measures shortly. The Commission is grateful to Chris Wallace for the professionalism and skill he brought to last night’s debate and intends to ensure that additional tools to maintain order are in place for the remaining debates.”

Trump will never agree to it. If the Commission insists on it, and Biden accepts the changes, which I am sure he will, then that is the only way I can see that there would be no more debates.

A new Data for Progress poll shows that debate viewers thought Joe Biden decisively won the first presidential debate against President Trump, by a 52% to 39% margin.

“The poll surveyed debate watchers but then weighted the demographics of the survey group to the population of likely voters in November. Most pollsters don’t do this, which ends up skewing their results toward Democrats because left-leaning college graduates are disproportionately likely to watch debates.”

A new FiveThirtyEight/Ipsos poll found debate watchers were pretty decisive in their verdict of last night’s performances: Only about one-third said Trump’s performance was “somewhat good” or “very good,” and 50% said it was “very poor.” Biden’s performance was more positively received, with around 60% saying they thought he performed well.

The Kansas City Star reports on two internal polls showing the U.S. Senate race between Roger Marshall (R) and Barbara Bollier (D) is very close. A poll done for Bollier gives her a 45% to 43% lead, while a poll done for Marshall has him ahead 43% to 39%.

The Biden campaign said they had their “best online fundraising hour of all time” Tuesday night between 10 p.m. and 11 p.m, raising $3.8 million, Fox News reports.

John Harris: “At frequent intervals on Tuesday night, the natural human reaction—lower the sound, wince and look away—took over, and the first presidential debate of the 2020 general election became nearly unwatchable.”

“Those who did persist in watching were rewarded, in a perverse way: They witnessed history in the making. The proceeding was an epic spectacle, a new low in presidential politics, a new high watermark in national shame.”

“The stain will be visible for many years to come. It will serve as a reminder of the night the dam broke, and currents of contempt that have been building in public life for many years flooded the stage with tens of millions of Americans viewing President Donald Trump, Democratic nominee Joe Biden, and an overwhelmed moderator on live television.”

President Trump has scheduled large campaign rallies this weekend in Wisconsin despite recommendations from the White House Coronavirus Task Force that call for increasing social distancing in the state “to the maximal degree possible,” the Washington Post reports.

“Wisconsin is listed in the document as the state with the third-highest rate of new cases in the country, with 243 new cases per 100,000 people over the previous week, about 2.6 times greater than the national average.”

Ruthie, an undecided voter from Pennsylvania in a Frank Luntz focus group during last night’s presidential debate, described Joe Biden’s challenge as trying to “win an argument with a crackhead,” Politico reports.

Jonathan Allen: “Trump’s words and actions are those of a candidate who knows he is losing and has no idea how to fix the problem.”

“The irony is that Biden was deeply vulnerable: after decades of experience at the highest levels, he’s still not a strong debater. He was noticeably apprehensive; he lacked the motivation and speed to brawl on stage; and he still didn’t have good answers for a host of questions about his record and platform.”

“But Trump couldn’t or wouldn’t stay focused on Biden’s actual positions. Instead, he ran against a dark caricature of the former vice president while the real version was standing right there smiling.”

President Trump claimed during last night’s debate that he secured the endorsement of the “Portland sheriff” — presumably a reference to Multnomah County Sheriff Mike Reese, the Oregonian reports.

However, Reese tweeted that was false: “In tonight’s presidential debate the President said the ‘Portland Sheriff’ supports him. As the Multnomah County Sheriff I have never supported Donald Trump and will never support him.”

“Joe Biden and his Democratic allies are preparing an advertising blitz that threatens to overwhelm President Trump in the closing weeks of the race for the White House, an onslaught of cash aimed at blowing up what Trump campaign officials once called their Death Star,” The Hill reports. “Biden’s campaign alone has reserved nearly a quarter billion dollars in advertising over the next five weeks in 18 swing states. Outside groups that support Biden have blocked off $112 million in their own airtime.”

“Joe Biden’s campaign has long had the TV and radio spending advantage over President Trump. But while Trump has increased his spending in a handful of key states, Biden’s campaign is hitting new, weekly spending highs across the map,” NBC News reports. “The Biden campaign spent more in Arizona, Florida, Georgia, Iowa, Michigan, Minnesota, Nevada, Pennsylvania and Wisconsin during the week spanning Sept. 22-28 than it had in those states in any previous week.”

“The Trump campaign hit new, weekly spending highs in four states during the week of Sept. 22 — Florida, Georgia, Nevada and Pennsylvania. But even so, Team Trump still spent millions less than Biden in all but Georgia.”

Susan Glasser: “What does the worst debate in American history look like? It looks like the debate that took place on Tuesday night between President Donald Trump and former Vice-President Joe Biden. It was a joke, a mess, a disaster. A ‘shit show,’ a ‘dumpster fire,’ a national humiliation. No matter how bad you thought the debate would be, it was worse. Way worse. Trump shouted, he bullied, he hectored, he lied, and he interrupted, over and over again.”

“Remarkably enough, it was seemingly on purpose. Losing in the polls, and with the country stricken by a pandemic that has claimed two hundred thousand American lives, the President offered incoherent bluster, inflammatory racism, and personal attacks on his opponent’s son. But mostly what came through was Trump’s refusal to shut up. He talked and talked and talked. He talked over Biden. He talked over the moderator, Fox News’s Chris Wallace. He talked over Biden some more. How bad was it? The line that history is likely to record as among the most memorable was Biden’s lament, at the end of the debate’s very first segment: ‘Will you just shut up, man? This is so unpresidential.’”

Karen Tumulty: “The nightmare that played out Tuesday evening on a debate stage in Cleveland served at least one useful purpose. It encapsulated, in a single 98-minute span, the entire presidency of Donald J. Trump.”

“All of the impulses that drive Trump were unleashed: The lying. The rage. The bluster. The incoherence.”

“It is hard to imagine that anyone but the most obdurate of partisans could have watched the spectacle and thought, Gee, wouldn’t it be great to have four more years of this?”

James Poniewozik: “The advantage to being the one who derails a debate is that people assign symmetrical blame for asymmetrical behavior. They throw up their hands and complain about the bickering from ‘both sides.’”

“So let’s be clear here: If the first debate was a dumpster fire, it is the president whose hands were stained with kerosene.”

Said Kilmeade: “Donald Trump ruined the biggest layup in the history of debates by not condemning white supremacists. I don’t know if he didn’t hear it, but he’s gotta clarify that right away.”

A must-read from Jim Rutenberg at the New York Times: “How President Trump’s false claim of voter fraud is being used to disenfranchise Americans.”

Deadline: “In fast-affiliate results, last night’s 9-10:30 PM ET slugfest was watched live by an audience of 27.3 million on ABC, NBC, CBS and Fox.” “Total to total, that’s a drop of 36% from what Trump vs. Clinton drew on September 26, 2016 among the four networks.” The numbers will increase as cable and other outlets are added.

Josh Kraushaar: “It doesn’t take a savvy political analyst to conclude that Tuesday night’s debate was a disaster for President Trump. Trailing badly in the national polls and a critical mass of battlegrounds, his only goal should have been to convince the small number of undecided voters that they should reelect him—despite their deep reservations about his character and temperament.”

“The logical presidential playbook would be to tout his accomplishments: Brag about nominating three conservative justices to the Supreme Court. Remind voters that he succeeded in diminishing ISIS while taking out the head of Iran’s notorious Revolutionary Guard. Argue that the economy is slowly but surely getting back on track. Envision a future where a coronavirus vaccine finally restores some sense of normalcy to a psychologically battered country. And in between, throw some pointed jabs at Joe Biden for not speaking out against the ideological excesses of his party’s base.”

“Trump did little of that. Instead, he sounded downright unhinged at times, vitriolically lashing out against the former vice president and constantly speaking over his opponent.”

David Frum: “Trump walked onto that stage in Cleveland seven or eight points behind, because the traditional Republican advantage among upper-income and educated voters has dwindled; because non-college-educated white women have turned against him; because he is losing older voters to his mishandling of COVID-19; because the groups he needs to be demobilized—African Americans, the young—are up-mobilized. On the present trajectory, nearly 150 million votes are likely to be cast in 2020. If Trump wins 43 percent of them and Joe Biden 50 percent, not even the Electoral College can convert that negative margin into a second Trump term.”

“He needed to do something to change that reality.”

“Instead, he talked to Facebook conspiracists, to the angriest of ultra-Republican partisans, and to violent white supremacists. He urged the Proud Boys to ‘stand by’ because ‘somebody’s got to do something’ about ‘antifa and the left.’ He refused to commit to a peaceful transfer of power in the (likely) event that he loses. He threatened months and months of chaos if the election does not go his way.”

0 comments on “The Campaign Report – More Debate Reactions and Polling”