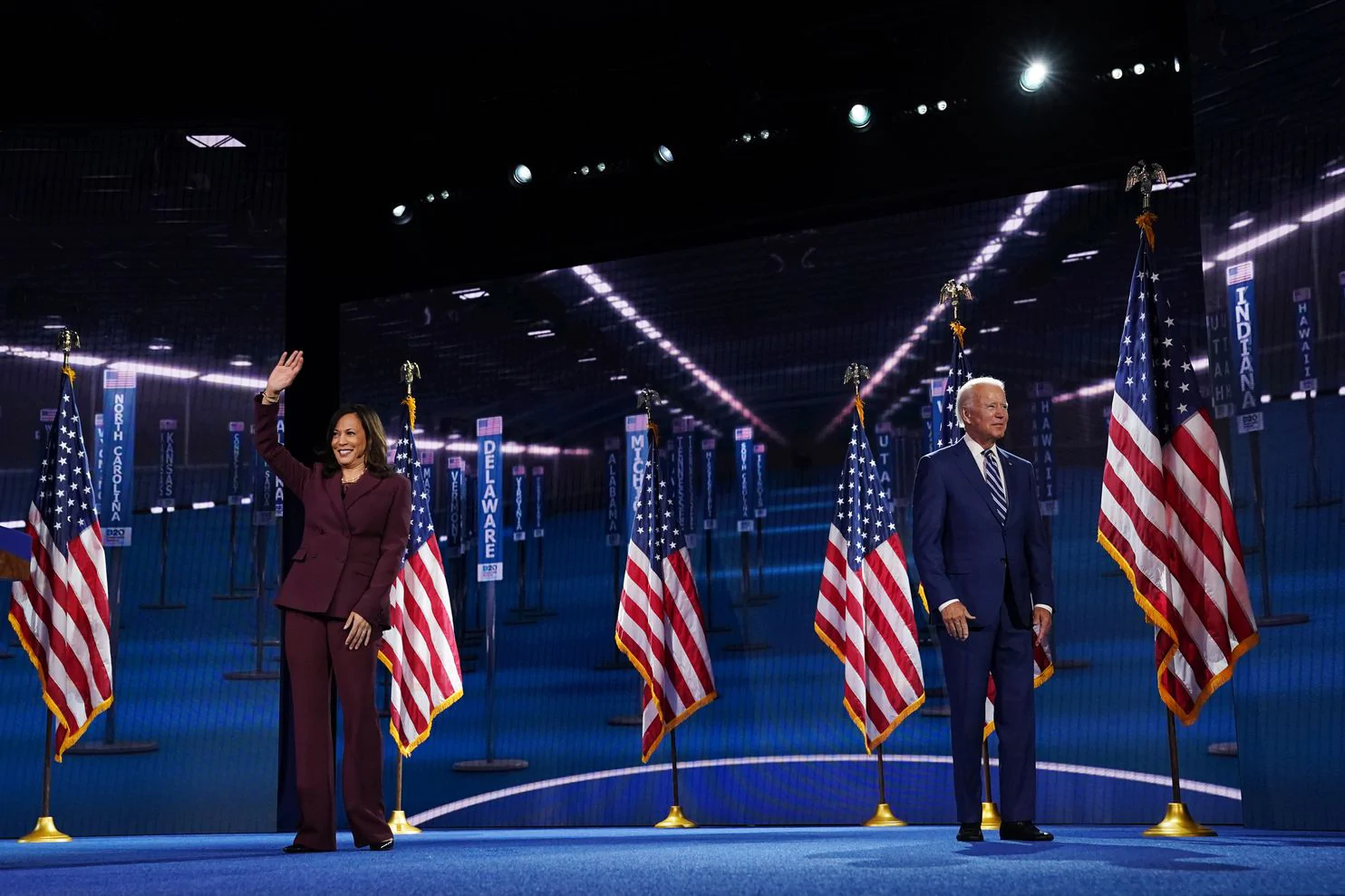 Said pollster Patrick Murray: “Half the national electorate has been dead set against reelecting the president all along. But that does not mean they have completely gotten behind the challenger, particularly in the most competitive areas of the country.”

Also interesting: “Opinion of the two candidates has been fairly stable in recent polls, but one metric that has been moving is the number of voters who do not have a favorable opinion of either candidate. This currently stands at 13% of all registered voters, which is down slightly from 16% in early September and 22% in August. Biden remains the preferred choice among this group (39% to 24% for Trump).”

With just five weeks until Election Day, the FiveThirtyEight forecast gets slightly better for Joe Biden, now giving him a 78% chance to win the presidency.

Politico: “Tuesday night’s debate might be the last chance for Donald Trump and Joe Biden to command the collective attention of swing-state voters who will decide the election: By the second debate in mid-October, many of them will have already cast their ballots through early voting.”

“It’s why both campaigns have long had Sept. 29 marked on their calendars. A big night for Trump or a bad night for Biden could alter the trajectory of a race that’s barely budged during months of nationwide upheaval.”

Said GOP strategist Mari Will: “This debate will be watched by the country as though it’s tuning into the Super Bowl.”

A new Monmouth poll finds 74% of voters plan to watch the first presidential debate live on Tuesday night, although just 3% say that they are very likely to hear something that will impact their eventual vote choice.

In addition, 63% of voters would like to see debate moderator Chris Wallace fact check a candidate who states false information, but Wallace told the New York Times he would instead just try to “be as invisible as possible.”

But from the Wall Street Journal: “Fewer Americans say the presidential debates are important for how they vote than at any time over the past 20 years.”

“In Gates’s telling, Trump’s suggestion of naming to the ticket his then-34-year-old daughter — a fashion and real estate executive who had never held elected office — was no passing fancy.”

“Instead, he brought up the idea repeatedly over the following weeks, trying to sell his campaign staff on the idea, insisting she would be embraced by the Republican base, Gates writes.”

Channel 4 News obtained a 2016 Trump campaign database which exposes how 3.5 million Black Americans were listed as “Deterrence” in an effort to try to prevent them voting.

Joe Biden’s presidential campaign is expected to move forward with huge television ad outlay in Ohio, according to Medium Buying, just as the Trump campaign canceled its ads for the next week. Trump is also canceling ads in Iowa.

“The presidential battleground has shifted on the margins five weeks before Election Day, with President Trump still on defense as the contest with Democratic nominee Joe Biden is fought almost entirely in places that Trump won in 2016,” the Washington Post reports.

“Of the 13 states where Biden spent money on television last week, according to Biden’s head of paid media Patrick Bonsignore, only three — Minnesota, New Hampshire and Nevada — were won by Hillary Clinton four years ago. Of the 12 states where Trump is spending, all but Minnesota and Nevada are places that he won in 2016.”

Said Bloomberg: “One thing that remains unchanged is the importance of a strong ground game.”

Joe Biden has already called a lid, meaning he does not plan to make any public appearances for the rest of the day. That means he likely won’t comment on the New York Times’ story on President Trump’s tax returns until tomorrow’s first presidential debate.

“Top aides tell Axios he’s been testing his attacks on the campaign trail for weeks, seeing what ignites his crowds or falls flat. One of the biggest themes Trump plans to drive home is his ‘tough guy’ persona, which advisers see as an advantage with voters in key states.”

Washington Post: “In eight rallies over the past nine days, the president has offered a closing argument to voters that is both dark and outlandish, marked by offensive rhetoric laden with grievance.”

“Campaign advisers and allies say Trump has been agitating to get back out on the campaign trail in defiance of the coronavirus pandemic, resuming the rallies that energize his base and became a symbol of his underdog victory in 2016. The president believes that he alone, unfiltered, and speaking directly to voters, helped lift his campaign four years ago and that it will be key to his reelection as well.”

“Trump is running for a second term the only way he seems to know how: Off-script, with little to no discipline, spewing controversy and viscera from the stage. Yet if his words are divisive and shocking, they are also familiar — and may have lost some of their ability to persuade voters.”

Although it’s not much of a surprise, the Washington Post endorsed Joe Biden for president: “In contrast to Trump’s narcissism, Biden is deeply empathetic; you can’t imagine him dismissing wounded or fallen soldiers as “losers.” To Trump’s cynicism, Biden brings faith — religious faith, yes, but also faith in American values and potential.

In place of Trump’s belittling and demonizing of opponents and allies alike, Biden offers a deep commitment to finding common ground in service to making government work for the greatest number. He has demonstrated that commitment in reaching across the aisle to Republicans, and also — most recently — in bringing unity to the Democratic Party without compromising his own fundamental convictions.”

The New Yorker did too: “It would be a relief simply to have a President who doesn’t abuse the office as a colossal grift.”

“The main super PAC supporting the election of Democrats to the Senate is preparing to invest millions in South Carolina — a fresh signal that Democrats see the race against Sen. Lindsey O. Graham (R-S.C.) as winnable,” the Washington Post reports.

“Senate Majority PAC will launch a new, $6.5 million ad campaign in South Carolina on Monday, marking the first time that the super PAC has gone on the air this cycle in the traditional GOP stronghold. The effort to bolster Democrat Jaime Harrison’s prospects includes $5 million in television ads and a $1.5 million digital campaign.”

Sen. Lisa Murkowski (R-AK) might get a primary challenge from former Gov. Sarah Palin (R) in her 2022 campaign, according to E&E News.