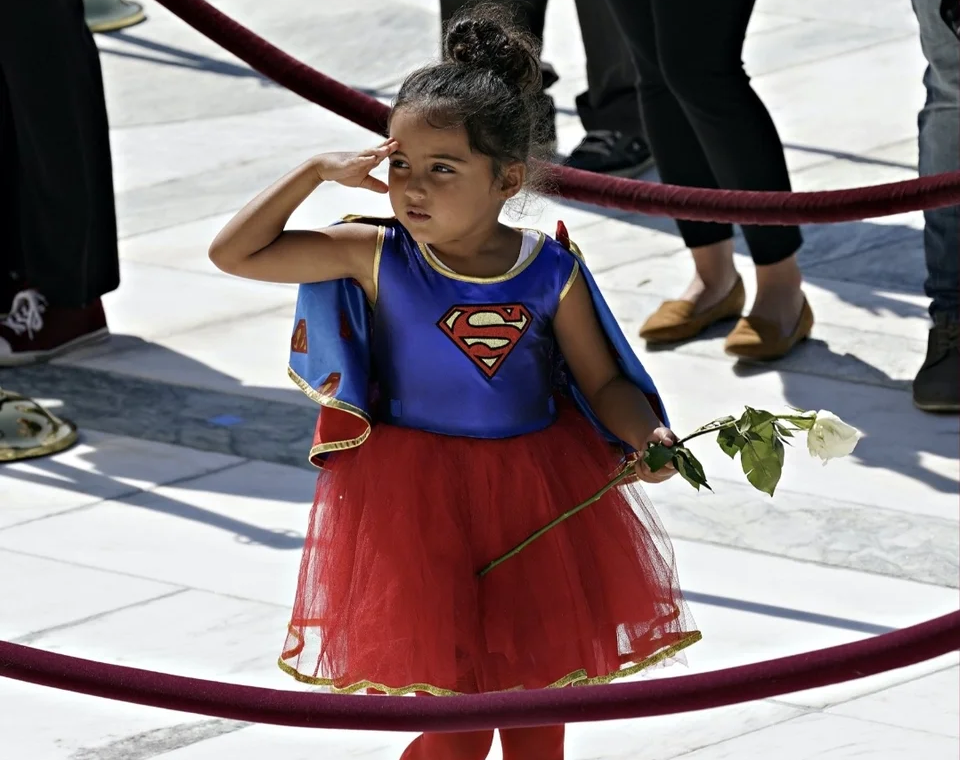 On Wednesday, President Trump wouldn’t say if he would commit to a peaceful transition of power if he lost the election: “We are going to have to see what happens.” Yesterday, while speaking to reporters before leaving for a rally in North Carolina, President Trump again raised doubts about the legitimacy of the election. Said Trump: “We want to make sure the election is honest, and I’m not sure that it can be. I don’t know that it can be with this whole situation, unsolicited ballots.”

Playbook: “With 40 days left until Election Day, it seems as though the United States is well on its way to becoming a banana republic…” “The news cycle today is going to be absolutely dominated by the president’s suggestion there might not be a peaceful transfer of power. It will be all the chatter in the hallways of the Capitol, where many lawmakers are just weeks from being on the ballot themselves.”

Rep. Liz Cheney (R-WY), the House Republican Conference Chair, pushed back at President Trump on Twitter: “The peaceful transfer of power is enshrined in our Constitution and fundamental to the survival of our Republic. America’s leaders swear an oath to the Constitution. We will uphold that oath.”

Said Baker: “A huge part of this nation’s glory to the extent it exists as a beacon to others is the peaceful transfer of power based on the vote of the people of this country. Mail-in ballot balloting has been with us forever, and that peaceful transfer of power is what the people of this country rely on when they go to vote.”

He added: “It is appalling and outrageous that anyone would suggest for a minute if they lose an election they’re not going to leave! Period.”

Speaker Nancy Pelosi was asked by CBS News if she’s considering a formal rebuke of President Trump’s remarks this week refusing to commit to a peaceful transfer of power. Her response: “I don’t think he’s worth the trouble at this point. We have 40 days until the election.” She added: “The antidote to almost every ailment I have named is the vote.”

“The coronavirus is surging once again across the U.S., with cases rising in 22 states over the past week,” Axios reports.

“There isn’t one big event or sudden occurrence that explains this increase. We simply have never done a very good job containing the virus, despite losing 200,000 lives in just the past six months, and this is what that persistent failure looks like.”

Michael Caputo, the political consultant at the center of controversy over the Trump administration’s coronavirus messaging, has been diagnosed with metastatic head and neck cancer, the Buffalo News reports. Said Caputo: “It’s something I’ve been dealing with for months but didn’t do anything about it, even though I work in a building full of doctors.” Caputo recently took a 60-day leave of absence from his post at the Department of Health and Human Services.

All I am going to say is Karma.

Missouri Gov. Gov. Mike Parson (R) said he has tested positive for COVID-19, the St. Louis Post Dispatch reports. Said Parson: “I was tested, the preliminary results have come back as a positive result…. Right now, I feel fine, no symptoms of any kind.”

“President Trump hasn’t announced a Supreme Court nominee yet, but some Democrats have already decided there’s no point in meeting with her, no matter who it is,” Politico reports.

“These Senate Democrats say it’s a no-brainer to shun whoever Trump chooses to replace the late Ruth Bader Ginsburg. A meeting would be fruitless not just because Trump is likely to pick a hard-line conservative, but because they’re still furious Majority Leader Mitch McConnell stonewalled Merrick Garland in 2016.

“From the beginning, John Durham’s inquiry into the Russia investigation has been politically charged. President Trump promoted it as certain to uncover a “deep state” plot against him, Attorney General William P. Barr rebuked the investigators under scrutiny, and he and Mr. Durham publicly second-guessed an independent inspector general and traveled the globe to chase down conspiracy theories,” the New York Times reports.

“It turns out that Mr. Durham also focused attention on certain political enemies of Mr. Trump: the Clintons.”

“The death of Justice Ruth Bader Ginsburg and President Trump’s vow to name her replacement to the Supreme Court before November’s election are amplifying Wall Street’s worries about major volatility and market losses ahead of and even after the election,” Axios reports.

“The 2020 election is the most expensive event risk on record, per Bloomberg — with insurance bets on implied volatility six times their normal level, according to JPMorgan analysts. And it could take days or even weeks to count the record number of mail-in ballots and declare a winner.”

“In her best-selling memoir, Mary Trump, President Trump’s niece, told a family story that detailed the ways in which she claims her relatives — the president among them — tricked, bullied and ultimately cheated her out of an inheritance worth tens of millions of dollars,” the New York Timesreports.

“On Thursday, more than two months after the book was published and a little more than one month before the election, Ms. Trump told her story again — this time in a lawsuit.”

The first sentence of the lawsuit says that, for the Trumps “fraud was not just the family business — it was a way of life.”

Speaker Nancy Pelosi (D-CA) is readying a new, scaled-down package on coronavirus aid that would include assistance to airlines, restaurants and small businesses, the Wall Street Journal reports.

“Democratic aides said Mrs. Pelosi was aiming for a price tag of around $2.4 trillion, down from the $3.5 trillion bill that Democrats passed in May, but in the range of what Mrs. Pelosi has said she would be willing to move to in negotiations with the White House and Republicans.”

“McCabe has alleged that he was unlawfully demoted and fired because of his political affiliations.”

Former Rep. Ileana Ros-Lehtinen (R-FL) is under federal investigation by the Justice Department for allegedly spending campaign money on personal trips and vacations for her and her family, CBS Miami reports.

“In recent weeks, former members of her staff have been subpoenaed to either provide records or appear before a grand jury regarding tens of thousands of dollars of expenditures by Ros-Lehtinen, including a 2017 trip to Walt Disney World with her children and grandchildren.”

Meanwhile, Trump tweeted a photo from his Tuesday night rally in Philadelphia showing just how packed the event was.

“The CIA has made it harder for intelligence about Russia to reach the White House, stoking fears among current and former officials that information is being suppressed to please a president known to erupt in anger whenever he is confronted with bad news about Moscow,” Politico reports.