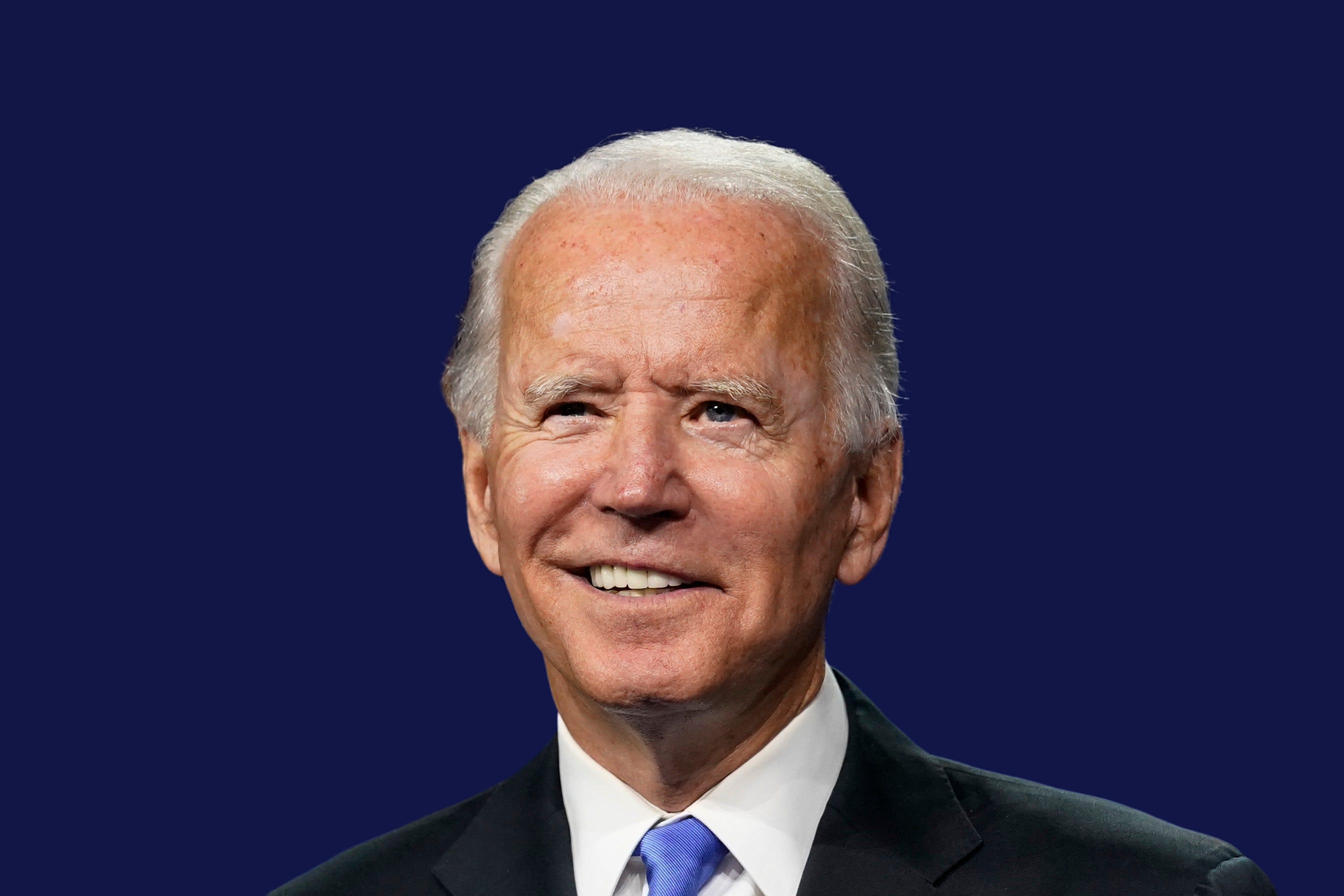 Also important: “Gideon’s narrow polling lead could be even stronger when Maine’s ranked-choice voting system is taken into account… Among the very small sample of respondents not planning to pick one of the major-party contenders as their top choice, Gideon is much more popular than Collins as a second-choice vote.”

A new Harvard Institute of Politics poll of voters aged 18 to 29 years old finds that 63% indicated they will “definitely be voting” in the 2020 presidential election compared to 47% during this same time in 2016. The young voters prefer Joe Biden over Donald Trump by a large margin, 60% to 27%.

Joe Biden leads President Trump 62% to 26% among Latino registered voters nationally, but his lead trails Hillary Clinton’s advantage with this voting bloc at this same stage in 2016, according to a new NBC News/Wall Street Journal/Telemundo poll.

Politico: “Donald Trump is making modest inroads with Latinos. Polls suggest he’s pulling slightly more Black support than in 2016. But Trump is tilting at the margins with those groups. His bigger problem is the demographic that sent him to the White House — white voters, whose embrace of Trump appears to be slipping in critical, predominantly white swing states.”

“The ads, which are set to debut Tuesday, are part of a TV expansion to offer multiple paths for Biden to win the presidency if he falters against President Trump in top-tier battleground states such as Arizona and Florida. Along with Georgia, a new round of ads is also airing in Iowa.”

“Joe Biden is using a campaign cash advantage over President Trump to add Republican-leaning Georgia and Iowa to his paid media footprint, bringing the Democratic challenger’s television and digital battleground map to an even dozen states,” the AP reports. “The expansion reflects Biden’s newfound status as a fundraising behemoth and his campaign’s longstanding promise to set up ‘multiple paths’ to the 270 electoral votes required to win the presidency.”

“The president’s campaign is placing more importance on Pennsylvania amid growing concern that his chances of clinching Wisconsin are slipping,” Trump campaign sources tell Axios. “Pennsylvania, which has 20 electoral votes, twice Wisconsin’s number, actually has been trending higher in recent public and internal polling, a welcome development for the campaign.”

Said one Trump adviser: “We used to think Pennsylvania would be harder to secure and Wisconsin was in the bag. Now it’s vice versa.” The FiveThirtyEight polling average shows Joe Biden with a 4.6 percentage point lead in Pennsylvania.

Former National Security Adviser H.R. McMaster told 60 Minutes that he reacted with “surprise, disappointment, disbelief” when in 2017 President Trump told reporters he believed Vladimir Putin when he denied interfering in the 2016 US election.

McMaster said he and other advisers “had a conversation with the president afterwards, we said, ‘Your answer to that question will be misconstrued as a complete denial of Russian meddling when we know it’s incontrovertible. It’s just, it’s just a fact.’”

McMaster is promoting his new book, Battlegrounds: The Fight to Defend the Free World.

“In a key battleground state that is changing rapidly, Martha McSally is banking on the Republican faithful in the November election,” the Wall Street Journal reports.

“Ms. McSally, an appointed senator who is now running to keep her seat, was the first woman to fly a fighter jet in combat. She sued the secretary of defense over a policy that service women wear Muslim clothing in the Middle East. She is a survivor of sexual assault and discrimination. But on a recent campaign day, she didn’t go into detail on her biography or make any clear overtures to the moderate voters who may help decide the race.”

“Instead, her focus was on rallying Republican voters to keep America from going in what she says is a dangerous direction, if Democrats take power. During a 14-hour day this month—which included a trip to see the wall along the southern border, two Republican Party events, door-knocking and a meeting with small businesses owners—she said her seat is key to Republican control of the Senate and the president’s agenda.”

“Joe Biden’s campaign said that it entered September with $466 million in the bank together with the Democratic Party, providing Mr. Biden a vast financial advantage of about $141 million over President Trump heading into the intense final stretch of the campaign,” the New York Times reports.

“The money edge is a complete reversal from this spring, when Mr. Biden emerged as the Democratic nominee and was $187 million behind Mr. Trump, who began raising money for his re-election shortly after he was inaugurated in 2017. But the combination of slower spending by Mr. Biden’s campaign in the spring, his record-setting fund-raising over the summer — especially after he named Senator Kamala Harris of California as his running mate — and heavy early spending by Mr. Trump has erased the president’s once-formidable financial lead.”

Jane Mayer: “He’s made the conservative makeover of the federal court system his pet project, but if he faces a choice between another right-wing Justice or keeping his control of the Senate, no one who knows him well thinks he’d hesitate for a moment to do whatever is necessary to stay in power…”

“The problem for McConnell now is that it may be impossible for him to both confirm a new Justice and hold on to his personal power as Majority Leader. A power grab for the Court that is too brutish may provoke so much outrage among Democrats and independents that it could undermine Republican Senate candidates in November. As he knows better than anyone, polls show that Republican hopes of holding the Senate are very much in doubt. If Joe Biden is elected, enabling a Democratic Vice-President to cast the deciding vote in the Senate, Democrats need only to pick up three seats to win a majority. And, at the moment, according to recent polls, Democratic challengers stand good chances against Republican incumbents in Maine, Arizona, and Colorado. Democrats also have shots at capturing seats in South Carolina and Iowa.”

“No one knows for sure how the politics of the Ginsburg seat will play out in close Senate races. But the issue likely puts some of the most endangered Republican candidates in very tough spots.”

Anticipating hundreds of thousands of mail-in ballots, Philadelphia election official Al Schmidt told 60 Minutes that Americans need patience in November: “You will not know the outcome on election night.”

President Trump was not very helpful to one GOP senator struggling to win re-election after she said she wanted the winner of the presidential election to nominate the next Supreme Court justice: “I think Susan Collins is very badly hurt by her statement… People are not going to take this.”

Larry Sabato’s Crystal Ball: “Based on trends in public polling, and with a potential assist from Maine’s ranked-choice voting system, we’re moving that state’s critical Senate race from Toss-up to Leans Democratic.”

“The single electoral vote from the sprawling ME-2 is now a Toss-up.”

“Sen. Lindsey Graham (R-SC) is in greater danger of an upset, and his race moves from Likely Republican to Leans Republican. The court fight could save him, though.”

Amy Walter: “It is also just the latest ‘once in a generation’ event that has come to define 2020. Since January, the president was impeached, a pandemic has killed more than 200,000 Americans, the economy has collapsed under the weight of pandemic related shutdowns, thousands of people have taken to the streets to protest racial inequality and police violence, and violence has broken out on the streets of Portland, Kenosha and others. Tell-all books have been released. And, yet, opinions about the president and this presidential contest have been remarkably stable.”

“President Trump’s job approval rating in early January was 42%. Today it is 43%.”

“Since March, Joe Biden has held a consistent 4-9 point lead over Trump.”

“There’s no doubt that the fight over the court will be a big one. And that it will ratchet up the already sky high intensity surrounding this election. But, will it upend the race completely? I doubt it.”

“Joe Biden’s closing argument will shift to a dominant emphasis on health care, turning the looming Supreme Court fight into a referendum on coverage and pre-existing conditions,” officials tell Axios.

“Biden aides believed they were winning when the race was about the coronavirus pandemic. Now they plan to use the Supreme Court opening as a raucous new field for a health care fight, returning to a theme that gave Democrats big midterm wins in 2018.”

“In a significant setback for the Trump campaign in the battleground state of Nevada, a federal judge has dismissed a lawsuit brought by the campaign over the state’s new mail-in voting law,” CNN reports.

“Under the recently passed law all active voters receive a mail-in ballot, whether they ask for one or not.”