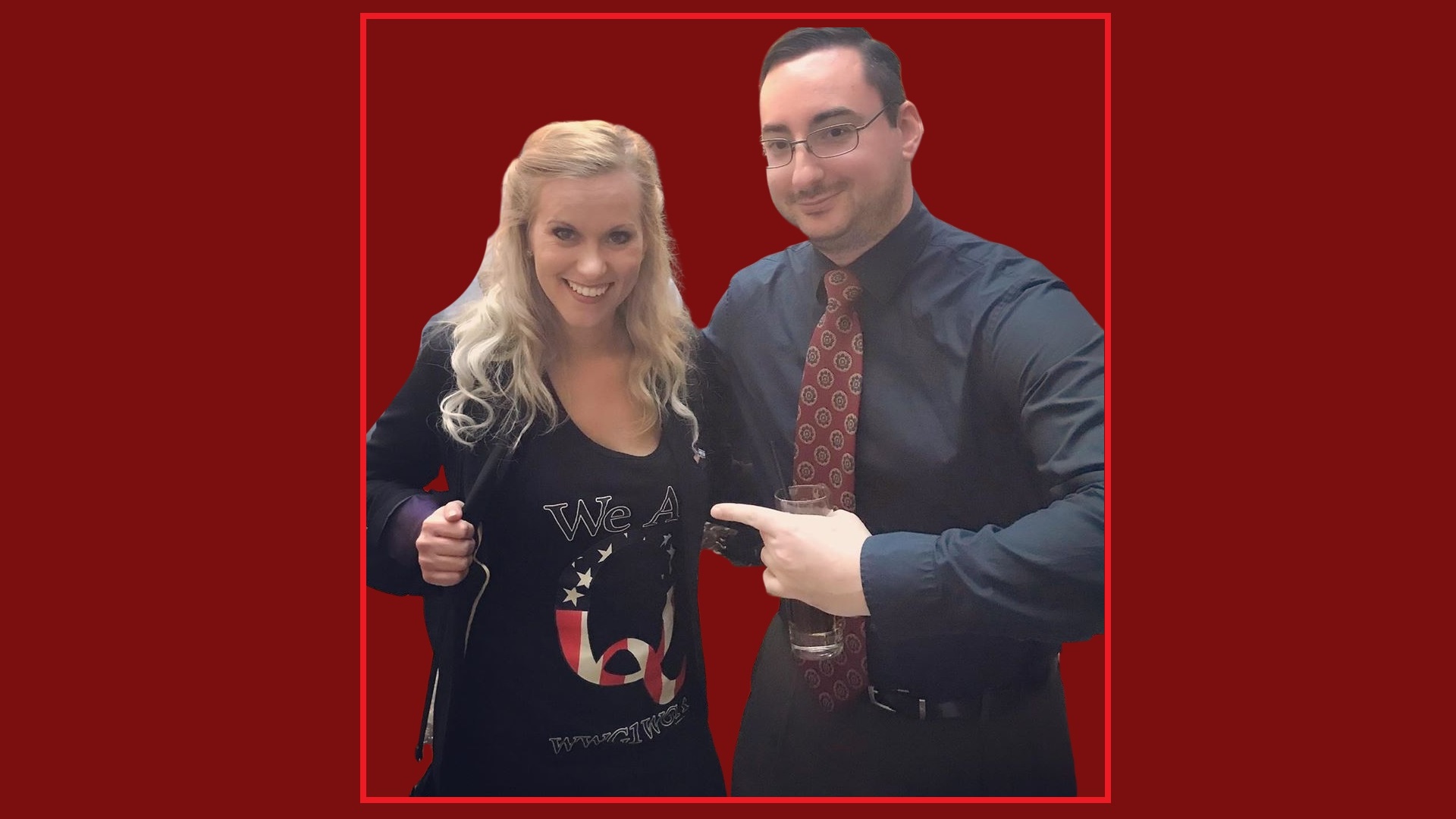 On the death of the glorious Justice Ruth Bader Ginsburg, this was the reaction of Lauren Witnazi:

She took it down after even her own supporters told her it was stunningly racist and incredibly tone deaf and cruel. But, to quote Mike Matthews: “This is what it means to be an unapologetic Trump supporter. And it’s why he cannot fill that seat.”

Of course, she was going to react this way. Witnazi is a horrible person. I don’t care if she smiles at you on Kirkwood Highway and says some nice things for five minutes. She doesn’t just believe in the insane QAnon conspiracy theory. She is also a “Groyper.” She isn’t just a racist. She’s also endorsed making Trump king for life, and said she believes that the Earth is flat.

From the Daily Beast: “Witzke’s interest in conspiracy theories doesn’t stop with QAnon, judging by her Pinterest account. Amid ideas for clothes and interior design, Witzke has tagged images purporting to explain the structures of the Illuminati, promoting various 9/11 conspiracy theories, claiming that the Sandy Hook shooting was staged, and even one, illustrated with Israeli flags, suggesting that the Jewish Rothschild family had advance warning of 9/11.

In her “political” section on Pinterest, Witzke also saved an image suggesting African-Americans haven’t been grateful enough for white soldiers’ deaths in the Civil War.

Witzke has extended her flat-earth promotion to Pinterest, tagging a meme about flat earth on the site.“I’m a flat earther…I am such a flat earther. ”— Republican Senate candidate Lauren Witzke.

Witzke is open about her far-right politics. In a Ballotpedia candidate questionnaire, Witzek recommended that people read Pat Buchanan’s 2001 book Death of the West to understand her political philosophy.

In Death of the West, Buchanan posits that the West is on the verge of a disastrous demographic shift because of immigration. He also describes feminism as a sign of “the death of the nation and the end of the West,” calls homosexuality “slavery” and a “death style,” and writes, in references to Mexican immigrants, that “different races are far more difficult to assimilate.” Buchanan also includes a citation in the book to the author of The Turner Diaries, a race-war novel that has become a foundational text for white supremacist terrorists.

In the place of new immigration that would be blocked under her decade-long moratorium, Witzke’s campaign website proposes an elaborate scheme to promote married couples raising more children and ending no-fault divorce.

“Those who divorce will lose all benefits,” the policy platform reads. “These benefits will far surpass any potential child support received after. Single parents who marry will be grand fathered into the program for a period for 10 years, after which the benefit will only be applied for those who marry and have children together.”  […]

In a May 27, 2019 appearance on [her campaign manager] Sisco’s podcast, Witzke basically endorsed the idea of a Trump kingship. […] “You know, that would be really cool because I really think that he is a man who puts America first, and he is the first president I’ve seen in my lifetime who really puts America first and the people of America first,” Witzke said, in remarks first reported by Right Wing Watch. “I guess I could get behind Trump, lifelong term, I guess.”

17 comments on “This is what White Trash looks like”