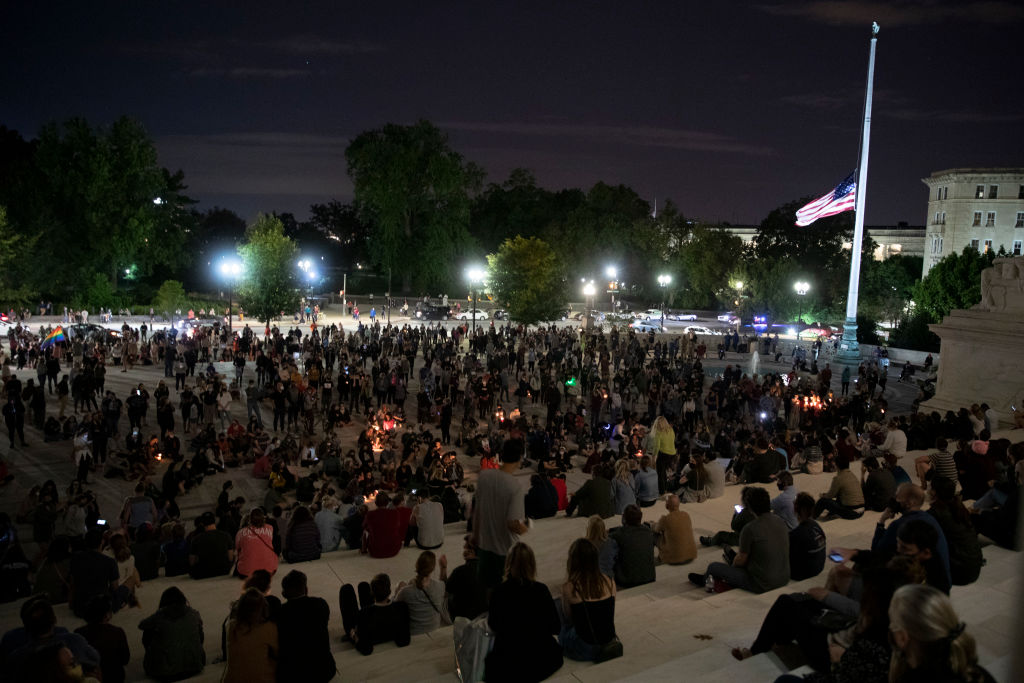 Remember, the Constitution does not specify the number of seats that are on the Supreme Court. This power was left to Congress, which set the Supreme Court’s size at one chief justice and five associates in the Judiciary Act of 1789.

It was legally changed seven times.

Democrats need to make it clear that any attempt to fill the seat of Justice Ruth Bader Ginsburg before January 20, 2021 in violation of their own self imposed Merrick Garland Rule that forbids Supreme Court nominations and confirmations during an election campaign will result in a wholesale reform of the court to be passed in January 2021.

That reform will expand the court to 11 seats in 2021, and then would establish 20 year terms for all justices that cannot be renewed. This term limit will be immediately applied to all justices currently serving, so as to establish a regular time table for retirements.

Two Justices currently serving, Clarence Thomas and Stephen Breyer, are over that 20 year term limit. They will be required to retire at the end of the Supreme Court session in June 2021.