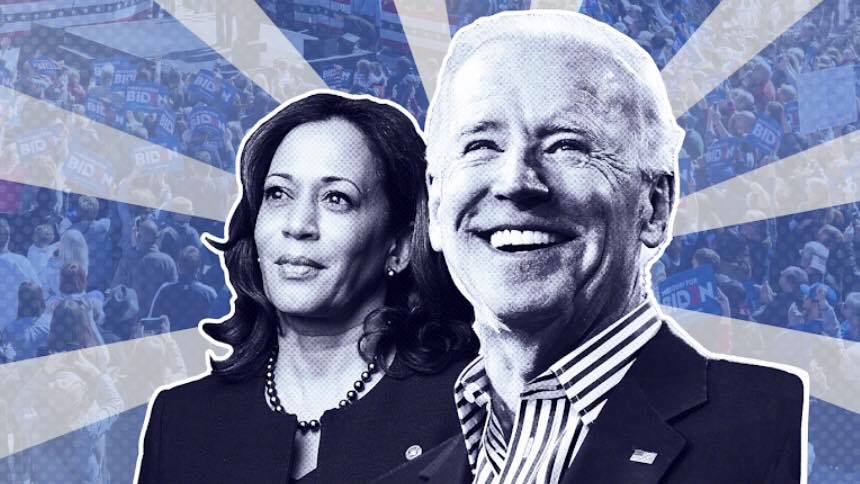 A new AP-NORC poll finds 72% of the public, including 53% of Republicans and 90% of Democrats, say the country is headed in the wrong direction.

“Most Americans disapprove of the President’s overall job performance and his handling of the coronavirus, health care, foreign policy, race relations, and policing.  The public is divided in their assessment of the president’s management of the economy and the military.”

Said pollster Barbara Carvalho: “There’s no question that Biden’s ahead at this point.” Also interesting: “Trump still enjoys greater enthusiasm than his Democratic opponent — 79% of those who say they plan to vote for him are doing so because they support him, while 17% say it’s because they are against Biden. People who plan to vote for Biden are more evenly split in their reasoning, with 49% explicitly supporting him and 46% motivated more by voting against Trump.”

At a campaign rally in Wisconsin, President Trump “took a shot at Biden for using teleprompters even as Trump’s teleprompters were visible,” the Washington Post reports.

Jonathan Bernstein: “Donald Trump is lucky that presidential elections aren’t decided by televised town-hall meetings. If they were, after his effort on ABC on Tuesday and Joe Biden’s on CNN Thursday, Trump would be lucky to clear 100 electoral votes. It’s not that Biden was all that great — he was fine, but nothing special. It’s that Trump was that bad, and in ways that made his opponent look even better.”

“The secret of these events, in which candidates answer questions directly from voters, is that they’re easy. For one thing, voters tend to ask policy questions, not process ones, and they’re usually pretty straightforward — what are you going to do about such-and-such? Normal politicians can easily anticipate the topics, and usually have a prepared riff or a five-point plan to address them. Biden did some of that Thursday night. He’s not great at it, not nearly as strong as (for example) Senator Elizabeth Warren is. But he’s good enough. And he’s usually excellent at taking advantage of the other opportunity the format provides, which is to show the ability to connect with voters and empathize with them.”

“Trump is barely able to do either of these things. He did manage to demonstrate empathy a couple of times on Tuesday, but unfortunately in one case he misunderstood the questioner and thought that her mother had died from the pandemic when in fact she had died of cancer. Most of the time, though, he didn’t bother. It’s not just that he didn’t get emotional. He didn’t seem to be listening to the questions.”

Dave Wasserman: “Watching this town hall, I’m seeing a Biden who’s actually a bit sharper/crisper than he was in the early Democratic debates. It’s almost as if he might have been out of practice early on, rather than out of it.“

The Upshot has an interesting twist on polling averages, showing the key battleground states along with what would happen with a polling error similar to those in 2016 or 2012.

But Jonathan Bernstein has two caveats: “One is that the chart assumes any error would be in the same direction, which it may not be; I’d rather they demonstrated the size of the error, which could favor either candidate. The other thing is that the ‘polling error’ here includes the final three weeks of polls in each of those previous elections, but there’s good reason to believe that the race shifted in Donald Trump’s direction in the final days in 2016, so part of what’s being called an error here is really polls taken before voters changed their minds.”

Also interesting in The Upshot is their graphic showing how polling would translate into electoral votes.

However, if state polls “are as wrong as they were in 2016” — and in the same direction — Trump would win 278 electoral votes and re-election.

The new FiveThirtyEight Senate forecast gives Democrats a 58% chance to control the chamber after the 2020 elections.

Politico: “An evenly split Senate would make life grueling for whoever is president next year. Any one senator could determine the fate of critical nominations or key pieces of the party’s legislative agenda. And in an era of already deep polarization, it could lead to even worse gridlock, as inconceivable as that sounds.”

Cook Political Report: “Is it deja vu all over again? In 2008, Virginia’s 5th District was the site of a gigantic upset when tireless 34-year-old Democrat Tom Perriello unseated GOP Rep. Virgil Goode by 727 votes. Perriello took advantage of an Obama wave of student turnout in Charlottesville and Black voters in Southside Virginia, as well as a deeply polarizing GOP opponent who barely raised money and ran a stone age campaign.”

Mike Allen: “The Biden campaign argues that reports of Trump privately disparaging service members have broken through with everyday people who don’t follow, or don’t care about, other Trump scandals.”

“Bloomberg thinks that Joe Biden putting away Florida is the most feasible way to head off the national chaos we could have if the outcome of Trump v. Biden remained uncertain long after Election Day.”

Said one Bloomberg adviser: “If Biden wins Florida, it’s much harder for Trump to falsely claim victory on election night.”

Political scientist Michael McDonald has tracked that more than 80,000 people have already returned their ballots by mail, mostly in North Carolina.

Mary Trump shared a surefire way for Joe Biden to get under the skin of her uncle, President Trump, during the 2020 presidential debates, the HuffPost reports.

Said Ms. Trump: “First of all, and I mean this sincerely, I hope Vice President Biden refers to Donald as Donald just because that’s an easy way to get under his skin and nobody’s disrespected the office as much as Donald has, so he doesn’t deserve the cover of the respect of the office of the presidency.”

“President Trump and Joe Biden are bringing their campaigns to Minnesota on the same day the state kicks off early voting, making the state among the first in the nation to cast ballots in the November election,” the Minneapolis Star Tribune reports.

Alabama U.S. Senate candidate Tommy Tuberville (R) struggled to explain his position on questions surrounding the Voting Rights Act and had difficulty describing the law, according to audio obtained by HuffPost.

Said Tuberville: “You know, the thing about the Voting Rights Act it’s, you know ― there’s a lot of different things you can look at it as, you know, who’s it going to help? What direction do we need to go with it? I think it’s important that everything we do we keep secure. We keep an eye on it. It’s run by our government. And it’s run to the, to the point that we, it’s got structure to it. It’s like education. I mean, it’s got to have structure. Now for some reason, we look at things to change, to think we’re gonna make it better, but we better do a lot of work on it before we make a change.”

“It’s so unworthy of a president. It’s beyond despicable. It’s soulless. It’s almost unspeakable in the middle of the pandemic to try to divide the country on a political basis when Covid-19 is really bipartisan.”

— Former Gov. Tom Ridge (R), quoted by the New York Times, on President Trump saying the coronavirus death toll from the coronavirus was actually not so bad “if you take out the blue states.”

“Trump — who went dark for part of August and has since cancelled advertising in key states — is being outspent more than 2-to-1 by Biden this week.”