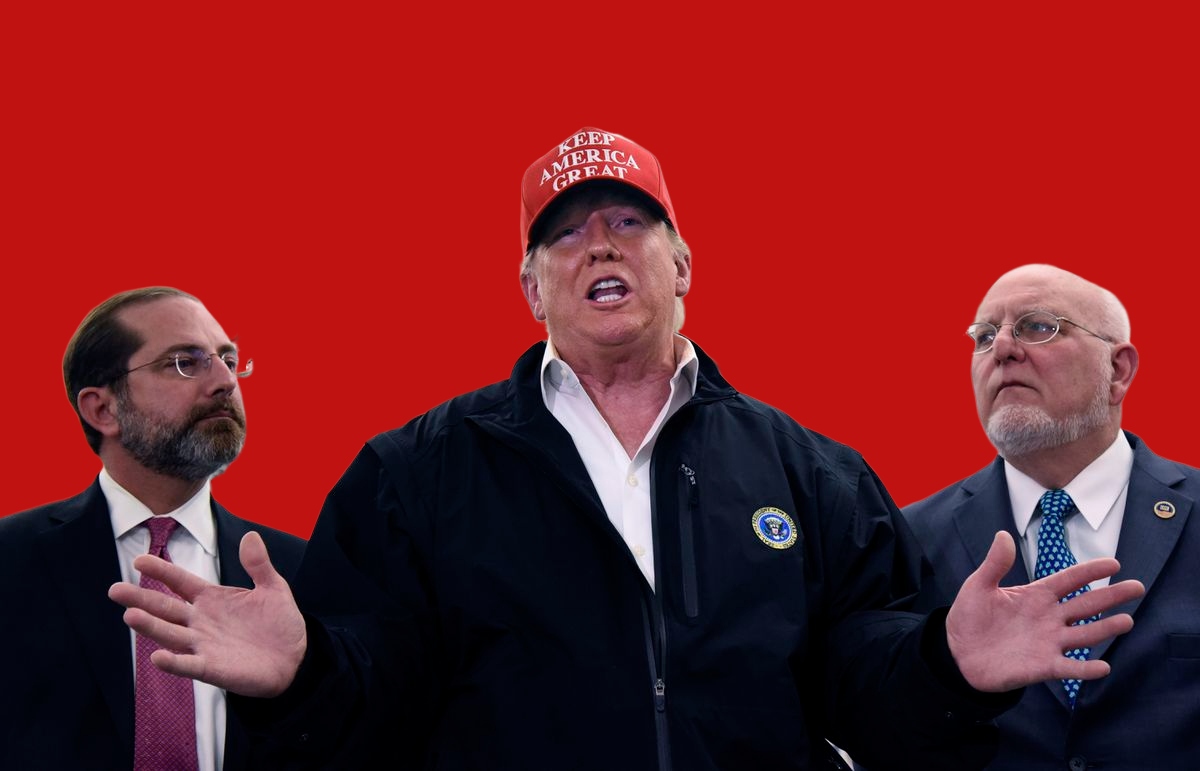 “New coronavirus cases in the U.S. rose to more than 52,000, the highest daily total in more than a month, as wildfires in some Western states and a hurricane that made landfall in the Southeast opened potential pathways for the virus to spread further,” the Wall Street Journal reports.

CDC Director Robert Redfield testifying before a U.S. Senate subcommittee said that facemasks right now are more important than a vaccine, which won’t be available to the public until the late summer of 2021. “These facemasks are the important, powerful public health tool we have… I might even go so far as to say that this face mask is more guaranteed to protect me against COVID than when I take a COVID vaccine.”

Meanwhile, Bloomberg reports top U.S. health officials are offering conflicting estimates of when Americans should expect coronavirus vaccines to be widely available, with Redfield predicting a vaccine being “generally available to the American public” in the “late second quarter, third quarter 2021.”

This of course angered President Trump, who said the CDC Director Robert Redfield made a “mistake” when he stated that a potential coronavirus vaccine would not be available to the general public until at least mid-2021, The Hill reports. Said Trump: “I think he made a mistake when he said that. It’s just incorrect information. That is incorrect information.”

President Trump blamed Joe Biden, who is not currently President, for not instituting a national mask mandate during the coronavirus pandemic, the HuffPost reports.

Daily Beast: “This must have sounded much better inside his head.”

Fox News accused ABC News of ambushing President Trump at a televised town hall with undecided voters in Pennsylvania and host Laura Ingraham suggested “the DNC may as well have put the whole thing on.”

This is quite the video: Daniel Dale crammed in as much fact-checking as possible after the “fire hose of lying” by President Trump during an ABC News town hall event last night.

White House Chief of Staff Mark Meadows said that President Trump “is open to the compromise $1.52 trillion stimulus proposal from a bipartisan group of House lawmakers that was an effort to break a months-long deadlock over bolstering the U.S. economy amid the pandemic,” Bloomberg reports.

“The long-shot plan from a 50-member group of House Democrats and Republicans has a bigger total spending figure than the administration previously endorsed. It’s also higher than what Senate GOP leaders say would be acceptable to Republicans.”

“Barr warned that sometimes violent demonstrations across the U.S. could worsen as the November presidential election approaches. He encouraged the prosecutors to seek a number federal charges, including under a rarely used sedition law, even when state charges could apply.”

“Undeterred by mounting criticism over his repeated dismissals of the severity of the coronavirus pandemic, President Trump doubled down on his claim that the virus will “go away” on Tuesday, the Daily Beast reports.

Even if it doesn’t, he said, “herd mentality” will take over and save us all.

Said Trump: “You’ll develop like a herd mentality. It’s going to be herd-developed, and that’s going to happen, that will all happen… But I really believe we’re rounding the corner.”

“Federal Reserve officials projected no plans to raise interest rates through 2023 and said they were committed to providing more support to an economy that faces an uneven recovery from the coronavirus pandemic,” the Wall Street Journal reports.

President Trump told George Stephanopoulos of ABC News that he has a new heath care plan ready to unveil:

STEPHANOPOULOS: But it’s … you’ve been trying to strike down preexisting conditions…

Michael Caputo, a former Trump campaign official who took over as top spokesman for the Department of Health and Human Services, will take a 60-day leave of absence, CNBC reports.

“The move comes after Caputo… reportedly said in a now-deleted video posted Sunday on his personal Facebook page that scientists at the CDC were engaged in ‘sedition’ against President Trump.”

Sen. Mitt Romney (R-UT) criticized his Republican colleagues on the Senate Homeland Security Committee for their probe into Joe Biden and his son’s dealings in Ukraine, saying that it has the “earmarks of a political exercise,” Axios reports.

Said Romney: “I’m fearful that comments made in the media recently have only confirmed that perspective… It’s not the legitimate role of government, for Congress or for taxpayer expense, to be used in an effort to damage political opponents.”

President Trump denied that he had downplayed the threat of the coronavirus, claiming he “up-played” the danger of the disease through his actions, CNBC reports.

The president’s assertion that “in many ways I up-played it in terms of action” came less than a week after the release of audio from an interview with veteran journalist Bob Woodward, in which Trump said of the coronavirus: “I wanted to always play it down … I still like playing it down, because I don’t want to create a panic.”

That clip was recorded in mid-March, more than a month after Trump reportedly told Woodward that he understood the virus was “more deadly than even your strenuous flu.”

“I don’t know, to be honest, whether he’s got it straight in his head what is real and what is unreal. That is why, at the end of the book, I say, in totality, my judgment is, this is the wrong man for the job.” — Bob Woodward, on CNN.

“President Trump is cramming months of policy moves into the dwindling weeks before the fall election, with an eye toward boosting his faltering standing with critical voting blocs,” Politico reports.

“In recent weeks, Trump has made pronouncements that ran the gamut from stoking the culture wars to pacifying a specific voting demographic. He banned federal agencies from holding racial sensitivity training — an issue riling up Fox News guests. He named Wilmington, N.C., the first World War II heritage city — a ceremonial move that allowed him to travel to the swing state. He then barred oil drilling off the coast of several Southern states — a move that cut against his previous record but appealed to prominent Republicans in must-win Florida.”

Associated Press: This year’s blazes have taxed the human, mechanical and financial resources of the nation’s wildfire fighting forces to an extraordinary degree. And half of the fire season is yet to come. Heat, drought and a strategic decision to attack the flames early combined with the coronavirus to put a historically heavy burden on fire teams.”

“Conspiracy theories about the origin of fires in Oregon are still spreading through private Facebook groups days after the social media giant announced it would remove the false claims,” Axios reports.

“Facebook’s efforts to control misinformation on its vast platform continue to lag behind the spread of rumors and conspiracy theories about life-and-death crises, and researchers are urging earlier and stronger action, especially as the election gets closer and the coronavirus continues to rage in the country.”

Portland news channel KGW reports that 911 dispatchers were inundated with calls about antifa starting the fires.