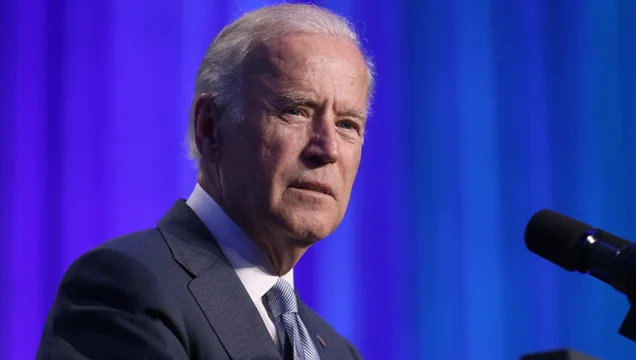 The Cook Political Report says Arizona is “slipping away from Trump. We are moving it from Toss Up to Lean Democrat.”

This is the second time in two election cycles that Kassebaum has endorsed a Democrat in a statewide race, announcing her support for Laura Kelly (D) in the 2018 race for governor.

Dan Coats, who served as President Trump’s director of national intelligence, writes in the New York Times that “every conceivable effort” must be taken to safeguard November’s election from claims of illegitimacy.

“Our democracy’s enemies, foreign and domestic, want us to concede in advance that our voting systems are faulty or fraudulent… If those are the results of this tumultuous election year, we are lost, no matter which candidate wins. No American, and certainly no American leader, should want such an outcome.”

Joe Biden said he believes he would have the legal authority to issue a nationwide mandate to wear face masks to curb the spread of the coronavirus if needed, CBS News reports. Said Biden: “Our legal team thinks I can do that, based upon the degree to which there’s a crisis in those states, and how bad things are for the country.”

“After months of warnings about the risks posed by in-person voting in a push to expand access to mail-in ballots, Democrats across the country are increasingly focused on communicating to voters that it is safe to cast their ballots in a voting booth,” CNN reports.

“The shift comes after a national legal campaign has successfully resulted in expanded access to mail-in voting in nearly every state — prompting an unprecedented shift in the way millions of Americans will be able to vote due to the coronavirus pandemic.”

“But as voting is set to begin in more states in the coming weeks, Democrats have settled on a strategy of emphasizing that all voting options, including in-person early and Election Day voting, are safe amid the pandemic.”

A federal judge in Washington state granted a request from 14 states to temporarily block operational changes within the U.S. Postal Service that have been blamed for a slowdown in mail delivery, saying that President Trump and Postmaster General Louis DeJoy are “involved in a politically motivated attack on the efficiency of the Postal Service” that could disrupt the 2020 election, the Washington Post reports.

Olivia Troye, a former adviser to Vice President Mike Pence, said President Trump’s response to the coronavirus pandemic showed a “flat out disregard for human life” because his “main concern was the economy and his reelection,” the Washington Post reports.

Troye said that the administration’s response cost lives and that she will vote for Democratic presidential nominee Joe Biden this fall because of her experience in the Trump White House.

“Just weeks after a Republican National Convention dominated by calls for ‘law and order,’ President Trump’s campaign has returned to an almost exclusively economic message in its advertising,” McClatchy reports.

“It’s the latest strategic pivot by the Trump campaign, as polls continue to show Joe Biden holding a steady advantage in the presidential race with less than seven weeks until Election Day, and only a few weeks from the start of early voting in many key states.”

“The Pennsylvania Supreme Court extended the state’s mail ballot deadlines on Thursday, a move that could allow tens of thousands of additional votes to be counted — and will likely draw criticism from Republicans, who have argued that votes should be received by Election Day,” the Philadelphia Inquirer reports.

“State law says mail ballots must be received by 8 p.m. on Election Day, but the high court said Thursday that ballots will be counted if they are received by 5 p.m. the Friday after the Nov. 3 election. To count, ballots arriving after Election Day must either be postmarked by Nov. 3 or have no proof they were sent afterward.”

“The Pennsylvania Supreme Court on Thursday blocked the Green Party presidential ticket from state ballots, allowing state and local election officials to resume preparations for Nov. 3 and begin mailing ballots to voters,” the Washington Post reports. “The court ruled that presidential contender Howie Hawkins and his running mate, Angela Walker, did not qualify for the ballot because the party did not submit signed filing papers in person, as required by state rules.”

FBI Director Christopher Wray told the House Homeland Security Committee that Russians have been using social media, as well as “proxies, state media, online journals” and other vehicles to hurt Joe Biden and what it views as anti-Russian factions in U.S. politics, Politicoreports.

Wray affirmed that Russia is continuing to take an active role in the 2020 campaign with less than 50 days until Election Day.

Joe Pompeo: “The 2020 election is arguably the most consequential election in modern times, as a result of the life-or-death issues that all collided in the months preceding it, from America’s bungled response to COVID-19, to the racial-justice movement that has swept over the country, to the cataclysmic wildfires that climate change has exacerbated all up and down the West Coast. But it will be just as historic and unprecedented based simply on the sheer logistics of how this election will be conducted, with any number of potential land mines lying in wait.”

“In addition to the rapid adoption of mail-in voting, and the challenge of operating polling places during a pandemic that has already killed nearly 200,000 Americans, we’ll also be contending with the whims (and tweets) of an autocratically-minded incumbent who has spent the better part of four years sowing distrust in long-standing U.S. institutions, including the electoral process. It is, one might say, the first presidential contest of the post-truth, anti-fact era.”

Said AP executive editor Sally Buzzbee: “To me, the most challenging situation would be that it takes a while for the real results to be known, and people jump to conspiracy conclusions during that period. That to me is the worst-case scenario.”

Washington Post: “Trump spent last weekend complaining privately about Biden’s dominance in television advertising, only to tweet upon his return to Washington from a campaign swing that the ‘fake news’ was exaggerating the disparity.”

“The zigzagging messages reflected a desire by Trump and his campaign to move beyond growing Republican concern about his relatively scant advertising budget and doubts about whether he has enough money in the bank to close the race in a strong position.”

The ads will begin airing this weekend on broadcast TV in all 10 of the state’s media markets, aides said, and will criticize President Trump’s response to the coronavirus pandemic.

That means women make nearly 69 cents on the male $1 — worse than the national gender pay gap of 82 cents on the dollar.