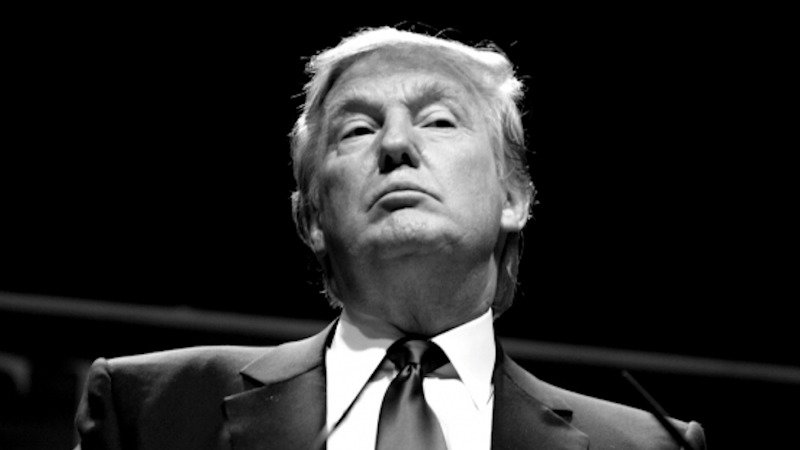 “Top HHS spokesman Michael Caputo called an emergency staff meeting on Tuesday to apologize for leveling a series of false accusations on Facebook Live over the weekend,” Politico reports.

“Caputo told staffers that his remarks — which included unfounded allegations the Centers for Disease Control was harboring a ‘resistance unit’ — reflected poorly on HHS’ communications office. He also blamed his recent behavior on a combination of physical health issues and the toll of fielding death threats against his family.”

“The session left some staffers with the impression that Caputo would soon step aside.”

“A bipartisan group of House members is unveiling a sweeping proposal to inject up to $2 trillion in aid to the economy amid the coronavirus pandemic, a move aimed at jump-starting talks that have devolved into bitter acrimony and finger-pointing between the White House and Democratic leaders in the heat of this election year,” CNN reports.

Bob Woodward told the Washington Post that, while researching his new book, he found  “denial across the board” among White House staffers about the severity of the coronavirus, and blamed President Trump for being a “bulldozer” who rejects opposing views.

Said Woodward: “He’s a bulldozer to the staff and, quite frankly, to the country. And he just says what he wants, and so there’s no control. And this is one of the problems of the Trump presidency, that he doesn’t build a team. He doesn’t plan.”

TRUMP: This thing is a killer if it gets you. If you’re the wrong person, you don’t have a chance.

TRUMP: So this rips you apart.

WOODWARD: This is a scourge. And–

TRUMP: It is the plague.

“The Justice Department has opened a criminal investigation into whether President Trump’s former national security adviser John Bolton unlawfully disclosed classified information when he published a memoir this summer, a case that the department opened after it failed to stop the book’s publication this summer,” the New York Times reports.

“The department has convened a grand jury and subpoenaed for communications records from Simon & Schuster, which published Mr. Bolton’s memoir, The Room Where It Happened, a highly unflattering account of his 17 months working in the Trump administration.”

Wall Street Journal: “The development underscores the unusual nature of the Trump administration’s battles with both its own former senior officials and the publishing industry, and is one of the biggest such escalations to date.”

“Speaker Nancy Pelosi of California said that the House would not leave for the November elections without acting on an additional round of stimulus to prop up the virus-ravaged economy, responding to growing concern among rank-and-file lawmakers over the prospect of returning home to face voters without doing so,” the New York Times reports.

Said Pelosi: “We have to stay here until we have a bill.”

Playbook: “House Democratic leadership met in the Capitol for the first time in a while Monday evening, and they began to confront what many of them see as an only-in-a-Trump-presidency question: If Donald Trump loses, will he lash out and do something dramatic, like shut down the government?”

“The scenario was raised in the closed-door, no-staff meeting by Connecticut Democratic Rep. Rosa Delauro, and it’s more than a passing political hypothetical. It’s a real-life governing challenge that Democrats believe they are being forced to confront in the coming days.”

“Speaker Nancy Pelosi is working with Treasury Secretary Steven Mnuchin and Senate Majority Leader Mitch McConnell on how long to fund the government for after Sept. 30.”

A new 13-nation Pew Research survey finds America’s reputation “has declined further over the past year among many key allies and partners. In several countries, the share of the public with a favorable view of the U.S. is as low as it has been at any point since the Center began polling on this topic nearly two decades ago.”

“South Dakota Attorney General Jason Ravnsborg (R) in a statement released late Monday night said he thought he hit a deer when he struck and killed a man on Saturday night and that he discovered the body when he returned to the scene the next day,” the Sioux Falls Argus Leaderreports.

“None of the information provided by Ravnsborg has been confirmed by authorities. The Highway Patrol has not released if speed or alcohol were a factor in the crash, when Ravnsborg reported the crash or if charges are pending against him.”

Washington state Rep. Jenny Graham (R) posted links to a QAnon conspiracy site on Facebook, perpetuating bizarre claims about globalist pedophiles harvesting “children’s blood just before they are murdered as a sacrifice to Satan,” according to the Inlander.

She also wrote that the “appetite to have sex with children as young as infants is a growing business” and linked to a blog post claiming that “a significant portion” of 460,000 missing children a year “end up in sex dungeons to be exploited and repeatedly raped by … demons.”

After the article was published, Graham responded to the reporter with profanity and threats — which were all recorded.

Philanthropist Bill Gates, who has long warned of the need to prepare for pandemics, is dumbfounded by how poorly the United States has responded to Covid-19, Stat reports.

Said Gates: “You know, this has been a mismanaged situation every step of the way. It’s shocking. It’s unbelievable — the fact that we would be among the worst in the world.”

Bloomberg: Bill Gates wonders whether FDA can be trusted on Covid vaccine.

Politico: “In only half a year, the coronavirus pandemic has wiped out decades of global development in everything from health to the economy. Progress has not only stopped, but has regressed in areas like getting people out of poverty and improving conditions for women and children around the world, the Bill and Melinda Gates Foundation finds in its 2020 Goalkeepers report published Monday.”

“Vaccination coverage, seen as a good indicator for how health systems are functioning, is dropping to levels last seen in the 1990s, it says.”

From the report: “In other words, we’ve been set back about 25 years in about 25 weeks. What the world does in the next months matters a great deal.”

“A federal appeals court ruled on Monday that the Trump administration acted within its authority in terminating legal protections that have allowed hundreds of thousands of immigrants to live and work legally in the United States, sometimes for decades, after fleeing conflict or natural disasters in their home countries,” the New York Times reports.

“The 2-1 ruling by the United States Court of Appeals for the Ninth Circuit effectively strips legal immigration status from some 400,000 people, rendering them deportable if they do not voluntarily leave the country. The decision affects the overwhelming majority of beneficiaries of a program offering what is known as ‘temporary protected status,’ which has permitted them to remain in the United States after being uprooted from their unstable homelands.”

Washington Post: “States that have reopened bars experienced a doubling in the rate of coronavirus cases three weeks after the opening of doors, on average. The Post analysis — using data provided by SafeGraph, a company that aggregates cellphone location information — found a statistically significant national relationship between foot traffic to bars one week after they reopened and an increase in cases three weeks later.”

President Trump told Fox & Friends that there will be a coronavirus vaccine in a matter of “weeks” and that the government will start delivering it “immediately.”

President Trump announced on Fox & Friends that he will be coming on the show once a week — mostly, on Mondays — until Election Day, NBC News reports. It was news to the show’s hosts. Said Steve Doocy: “Thank you very much. You may want to do it every week but Fox is not committed to that. We’ll take it on a case by case basis.”

Trump also told Fox & Friend that he discussed assassinating Syria’s President Bashar al-Assad. Said Trump: “I would have rather taken him out. I had him all set. Mattis didn’t want to do it.” He then called Mattis “highly-overrated.”

As CNN noted in 2018, Bob Woodward made this allegation in his book, Fear, and Trump denied it: “Not at all. The book is fiction. I heard somewhere where they said the assassination of President Assad by the United States. Never even discussed. It was never even contemplated.”

President Trump told Fox & Friends that he read Bob Woodward’s book, Rage: “I actually got to read it last night. I read it very quickly, and it was very boring.”