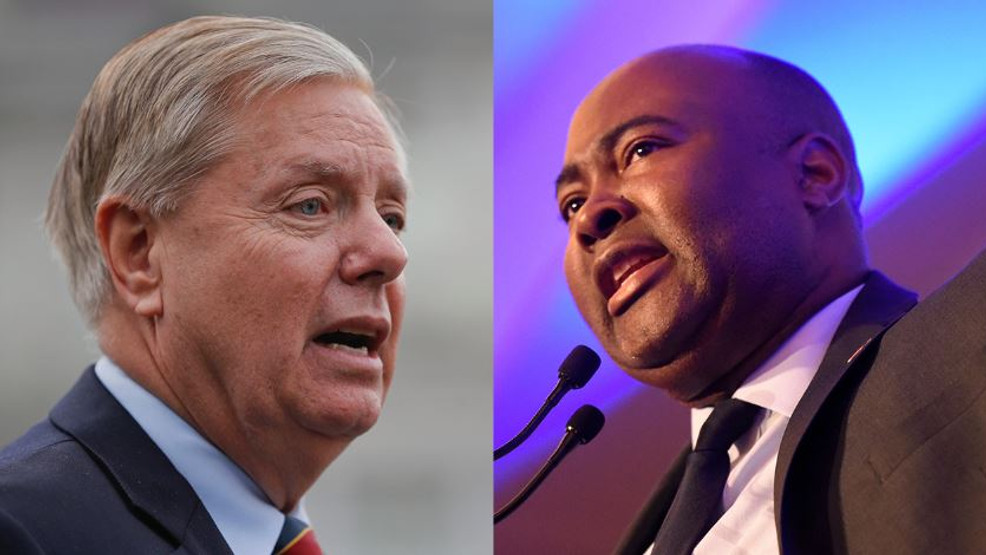 Quinnipiac has released some shocking polls in the Senate races:

Tied in South Carolina! Collins out in Maine! And of course Mitch McConnell cruising in Kentucky. Quinnipiac also polled the Presidential race:

Amber Phillips: “Republicans have a slim, three-seat majority in the Senate that they’re trying to hold on to in November. And they are in for a battle to do it: There are 13 chances on this list for Democrats to flip Senate seats and just two for Republicans.”

Pew Research: “The vast majority of the regular and special Senate elections held since 2012 – 122 of 139 – have been won by candidates who belonged to or were aligned with the party that won that state’s most recent presidential race.”

A new Gallup poll finds President Trump is maintaining a 42% job approval rating — unchanged from where he stood in a poll completed before the Republican and Democratic National Conventions, and similar to his July reading.

Associated Press: “It’s a massive sum on par with the resources he poured into helping Democrats retake the House in 2018 and could put Trump on defense in a state that is critical to his reelection.”

“Billionaire donors have long played a central role in supporting both parties. Yet no one has proposed pumping in so much cash to support a presidential campaign in a single state. Bloomberg’s allies say the investment is in line with his longtime strategy in business and politics: to make the most impactful investment, based on the best data, at the right time.”

Josh Kraushaar: “Anyone who expects politics to calm down a bit after the November election hasn’t been paying attention to this year’s unique election cycle in Georgia. The state, a top battleground in this year’s presidential campaign, could end up holding two concurrent Senate elections that would determine which party holds the Senate majority.”

Derek Thompson: “The 2020 economy is worse than weak; it is, for many, an outright catastrophe. Look beyond the healthy housing market and the stock market, and you will see a depressed leisure-and-hospitality sector, 8% unemployment, and tens of thousands of small businesses on the brink of collapse.”

“The implication seems obvious. President Trump faces an array of obstacles on his path to reelection. But he could do one thing, right away, that would, in all likelihood, immediately improve his odds with almost no downside risk: Call for Congress to open the cash spigot and buoy the lackluster economy on a wave of stimulus.”

“All he has to do is announce his intention to sign a second major economic relief bill—a CARES Act II, essentially—and count on Senate Majority Leader Mitch McConnell to muddle through. Such a law would almost certainly improve the financial state of countless families at a time of mass desperation, and just weeks before the election.”

“But, oddly, the White House has expressed practically no interest in supercharging the economic engine that could drive the president to victory.”

“Joe Biden’s presidential campaign is ramping up its paid media advertising with just seven weeks until Election Day, spending more on ads this week than it has in any week to date,” CNN reports.

“The campaign’s record investment of $65 million comes after it announced a historic fundraising haul of $364 million in the month of August. It also comes as Biden continues to hold an advantage over Trump in national polling.”

Related from David Hopkins: “If Trump has money problems, it won’t matter much.”

Sean Trende: “In 2016, as I was preparing to write my ‘Why Hillary Will Win’ piece, I decided to have my able then-assistant, David Byler (now of Washington Post fame), do a bit of research. His job was to look up the share of the electorate that pollsters were anticipating for whites without college degrees and for African Americans.”

“President Trump spent much of his 20-minute call with American Jewish leaders making the case for more American Jews to vote for him. He closed by repeating a line that has raised their eyebrows before,” the Jewish Telegraphic Agency reports.

Said Trump: “We really appreciate you. We love your country also.”

New York Times: “Surveys routinely show that Black Americans are scattered across the ideological spectrum despite overwhelmingly voting for Democrats. … An enduring unity at the ballot box is not confirmation that Black voters hold the same views on every contested issue, but rather that they hold the same view on the one most consequential issue: racial equality.”

“The existence of the Black electoral monolith is evidence of a critical defect not in Black America, but in the American practice of democracy. That defect is the space our two-party system makes for racial intolerance and the appetite our electoral politics has for the exploitation of racial polarization — to which the electoral solidarity of Black voters is an immune response.”

Philip Bump: “A number of recent polls at the state level have measured both the presidential election and Senate races. If people were wary of revealing support for Trump specifically, it’s safe to assume that Trump would trail the Republican Senate candidates.”

“For the most part, though, the opposite is true.”

NBC said that Jim Carrey will play Joe Biden on the coming 46th season of Saturday Night Live, which begins on October 3, the New York Timesreports.