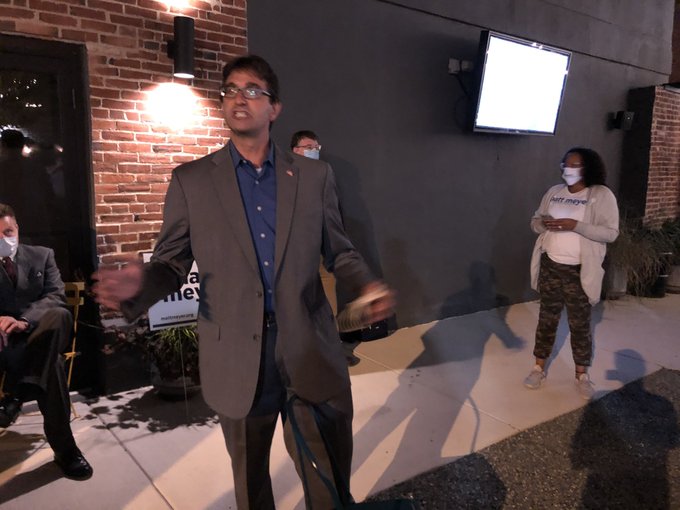 I am very proud that my little nickname for Maggie Jones stuck. But I am even more glad and relieved that New Castle County Executive Matthew Meyer won.

But that this race was even this close at all is horrifying. It shows that the police unions and the building trades do have a lot of influence, and they could have been successful if they weren’t so incompetent in promoting a Trump loving former Republican candidate in Jones who had a history on social media of supporting Trump and his causes, and if the BSC PAC didn’t overtly place ads with Trump’s face asking for you to vote for Maggie. The police union and Jim Maravelias may have their beefs with Meyer over contract disputes, but now that they have sided with Trump and Meyer beat them anyway, well, let’s just say that they have lost all their credibility and leverage as Democratic players.

This race also exposed some supposed Democrats in their support of Jones. State Representatives Ed Osienski, Valerie Longhurst and Kim Williams and State Senators Jack Walsh and Nicole Poore have some explaining to do. They chose to side with an anti-Black Lives Matter and pro-Trump candidate and each will likely get primaries in 2022 as a result of the cards they chose to display in this election. Also, former progressive blogger Nancy Willing really showed her true colors in this race and it will not be forgotten. She is cancelled.