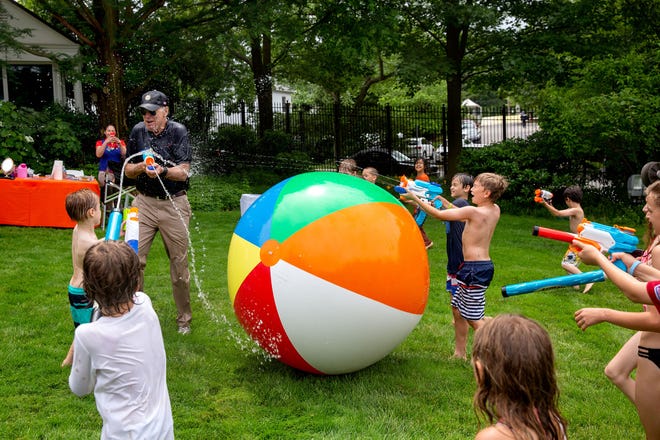 Politico: “The [Department of Health and Human Service’s] politically appointed communications aides have demanded the right to review and seek changes to the Centers for Disease Control and Prevention’s weekly scientific reports charting the progress of the coronavirus pandemic, in what officials characterized as an attempt to intimidate the reports’ authors and water down their communications to health professionals.

“In some cases, emails from communications aides to CDC Director Robert Redfield and other senior officials openly complained that the agency’s reports would undermine President Donald Trump’s optimistic messages about the outbreak, according to emails reviewed by POLITICO and three people familiar with the situation. …

“[S]ince Michael Caputo, a former Trump campaign official with no medical or scientific background, was installed in April as the health department’s new spokesperson, there have been substantial efforts to align the [Morbidity and Mortality Weekly Reports] with Trump’s statements, including the president’s claims that fears about the outbreak are overstated, or stop the reports altogether.

“Caputo and his team have attempted to add caveats to the CDC’s findings, including an effort to retroactively change agency reports that they said wrongly inflated the risks of Covid-19 and should have made clear that Americans sickened by the virus may have been infected because of their own behavior, according to the individuals familiar with the situation and emails reviewed by POLITICO. …

“In one clash, an aide to Caputo berated CDC scientists for attempting to use the reports to ‘hurt the President’ in an Aug. 8 email sent to CDC Director Robert Redfield and other officials that was widely circulated inside the department and obtained by POLITICO.”

“Democratic insiders are assembling a coalition behind the scenes to wage an all-out war on the Senate filibuster in bullish anticipation of sweeping the 2020 election and passing an ambitious progressive agenda,” NBC News reports.

“Veteran party operatives, activist groups and supportive senators are coordinating message and strategy to dial up the pressure to quickly end the 60-vote threshold early next year, fearing that preservation of the rule will enable Republicans to kill Joe Biden’s legislative agenda in its cradle.”

“Six months into the pandemic, online engagement around coronavirus stories has dropped off markedly and continues to reach new lows even as the pandemic continues,” Axios reports.

“Interactions (likes, comments, shares) on stories about the coronavirus have fallen 88% since March, 62% since July and 36% even from the August average.”

Francis Collins, director of the National Institutes of Health, told CNN he was “pretty puzzled” and “rather disheartened” by President Trump’s crowded campaign rally in Michigan — at which few of the several thousand attendees could be seen wearing face masks and virtually none appeared to be practicing social distancing.

Said Collins: “How did we get here? Imagine you were an alien who landed on planet Earth, and you saw that our planet was afflicted by an infectious disease and that masks were an effective way to prevent the spread. And yet, when you went around, you saw some people not wearing them and some people wearing them. And you tried to figure out why, and it turned out it was their political party.”

He added: “You would scratch your head and think, ‘This is just not a planet that has much promise for the future, if something that is so straightforward can somehow get twisted into decision-making that really makes no sense.’”

Washington Post: “The four former Minneapolis police officers charged in George Floyd’s killing appear to be turning on each other, with each offering significantly different versions of the infamous arrest that acknowledge Floyd should not have been allowed to die that day but also deflect the blame to others.”

“Israel is passing milestones no other nation wants to reach, after repeated missteps by Binyamin Netanyahu’s government,” the Times of London reports.

“Blighted by one of the highest levels of coronavirus infection, with more than 4,000 new cases daily, it is about to become the first country to go back into national lockdown.”

Oh look, another incompetent and corrupt fascist government is failing.

“Joe Biden’s transition team has expanded its fundraising goal far beyond what Hillary Clinton raised in 2016, anticipating that, should they prevail in November, the Trump administration could actively work against their efforts and that the coronavirus pandemic will make a presidential changeover more difficult than ever,” Politico reports.

The ad was confirmed as authentic by the Daily Beast, which also reported Trump himself misspelled it in April in a tweet attacking journalists covering his Russia investigation.

Jim VandeHei: “All the biggest threats to America — most of them predicted, if not known well in advance — are unfolding before our eyes, in real-time, in unmistakable ways.”

“It’s as if God or the galaxy, or whatever you believe in, are screaming for politicians and the public to pop our bubbles and pay attention — believe our eyes.”

“Think about the number of educated people in your life who share fake stories or believe B.S.”

Vanity Fair has an interesting profile of Michael Cohen’s daughter.

“Samantha, now 24 and a straight-talking, steely graduate of the University of Pennsylvania like Trump’s own daughters, told me that she believes her dad had a sort of Stockholm syndrome. In a wide-ranging interview earlier this week, she discussed why she thinks her father remained loyal; Ivanka’s iciness; her friendship with younger daughter Tiffany; what happened the day federal agents executed search warrants on her home; and what it’s like to be at the center of a political storm beyond her control.”

“She is a member of the scandal-adjacent, an offstage character unwittingly marked by her association with the Trumps, trying to make sense of it all. It’s a growing club, as more and more people in Trump’s orbit meet their downfall.”

New York Times: “More than a month after Mr. Trump signed an executive memorandum to defer the collection of the payroll taxes that workers pay to help fund Social Security, few companies or people are taking part. Trade groups and tax experts say they know of no large corporations that plan to stop withholding employees’ payroll taxes this fall. As a result, economic policy experts now say they expect the deferral to have little to no effect on economic growth this year.”

Said Stevens: “When I talk to Republican politicians, I hear Franz von Papen,” referencing the German chancellor who convinced Germans that so-called radical leftists were a far greater threat than Adolf Hitler.

More: “It is the combination of the anti-intellectualism, the anti-education elements of the Republican Party, and the anti-elite elements of the Republican Party, so-called, that have culminated in this toxic brew that is killing tens of thousands of Americans. I mean, more Americans are going to die because of this combination of political beliefs than major wars.”