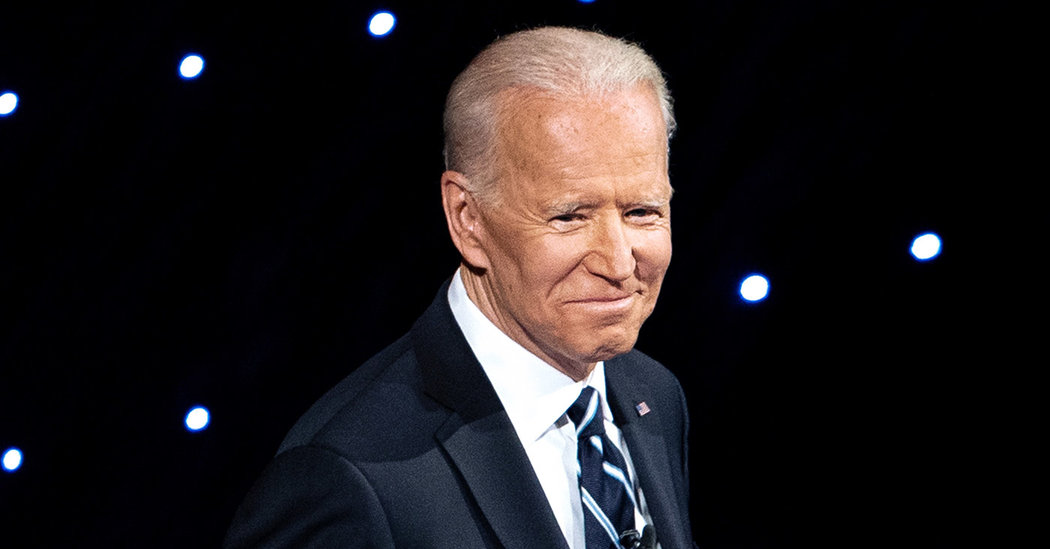 The previous poll had Biden ahead by just 6 points.

“The results suggest that a week of unrelenting and unflattering revelations about Trump — from the Atlantic report on his alleged contempt for Americans wounded or killed in war (which appeared on Sept. 3) to Bob Woodward’s recordings of Trump admitting he downplayed the deadliness of COVID-19 — has damaged the president’s standing with voters.”

Here are a sh*t ton of Senate polls:

“Democrats are amassing an enormous lead in early voting, alarming Republicans who worry they’ll need to orchestrate a huge Election Day turnout during a deadly coronavirus outbreak to answer the surge,” Politico reports.

NBC News: “The president’s edge on the economy has begun to worry some allies of Biden, who say he needs to do more to neutralize it or Trump could use it to nail down swing voters as Election Day nears. His lead persists even with 8.4 percent unemployment and during a recession that Democrats say has been fueled by Trump’s mishandling of the pandemic.”

But, from the Washington Post: Trump’s lead over Biden on the economy appears vulnerable.

FiveThirtyEight: “Several pollsters have asked Americans whether they have a favorable or unfavorable view of both Trump and Biden since the Republican National Convention ended on Aug. 27. On average, these polls gave Biden a 48% favorable rating and a 46% unfavorable rating — or a net favorability rating of +3 percentage points. That’s a slight, 4-point increase from his net favorability rating in the same polls before the conventions.”

“Trump, on the other hand, went into the convention period with lower favorables than Biden and does not appear to have emerged from it any better liked. Before the conventions, his average net favorability (according to these same pollsters) was -13 percentage points… In the most recent round of surveys from these pollsters, Trump has an average favorable rating of 41% and an average unfavorable rating of 55%. In other words, his net favorability rating is now -14 points.”

“The 2020 presidential election features a pared-back pool of undecided voters after four years of a highly controversial and media-saturated presidency,” Axios reports.

“Entrenched views mean there’s less reason for campaigns to try to change voters’ minds than to convince those already with them to vote — and help educate them about mail-in and early-vote procedures to make sure their votes count.”

The Economist: “2020 will be a year of the young in one more important respect. Electorally, it will be the last stand of the baby-boomers (born between 1946 and 1964) and the first poll in which voting will be dominated by generations younger than 40, especially millennials, defined here as those born between 1981 and 1996.”

Sen. Susan Collins (R-ME) said President Trump should have been “straightforward” with the American people regarding the seriousness of the threat posed by the coronavirus earlier this year after recordings revealed he downplayed the pandemic, The Hill reports.

Colorado’s secretary of state took to Twitter to sound the alarm after the United States Postal Service sent out a postcard to voters nationwide containing inaccurate information that could undermine the election and “suppress votes,” the Daily Beast reports.

The postcard, sent to all American households, is “confusing” voters in several states by telling them they must request a ballot, even though many states automatically send a ballot to every registered voter.

The postcard also includes a recommendation to voters to “mail your ballot at least 7 days before Election Day,” while some states, like Colorado, tell voters to send them earlier.

“A federal judge has ruled Thursday that Arizona voters who forget to sign their early ballots before mailing them get up to five days after the election to fix the problem,” the AP reports.

“The Democratic candidate for an open U.S. House seat in Georgia dropped out of the race Friday, clearing a near-certain path to victory for a QAnon-supporting Republican contender who has been criticized for her incendiary comments,” the AP reports.

CNN White House correspondent Jim Acosta asked attendees at President Trump’s Michigan rally why they weren’t wearing coronavirus masks, and the responses he got were stunning.

“For a few weeks, Donald Trump’s advisers had seemingly gotten through to him — the president was finally encouraging his supporters to vote by mail, at least some of the time,” Politico reports.

“On-message Trump didn’t last long. He recently appeared to suggest people vote twice — voting in-person as a way to determine if their mail-in ballot had been counted — later warning Democrats would be ‘thieving and stealing and robbing’ their way to an election win. Now, five Republicans close to the president’s campaign say that if Trump keeps up his vacillating mail-in voting rhetoric, they fear infrequent voters, especially older ones, will simply sit out the election.”

“The massive fraud that people are talking about doesn’t exist and won’t exist.” — Former Pennsylvania Gov. Tom Ridge (R), quoted by the Philadelphia Inquirer, dismissing President Trump’s claims there will be massive voter fraud in the November election.

President Trump threatened to “put … down very quickly” riots on election night should aggrieved Democrats take to the streets in the wake of his potential victory, Politico reports.

“President Trump disembarked Air Force One on Thursday to Creedence Clearwater Revival’s Fortunate Son, a song about children of influential families who were able to avoid the Vietnam War draft,” Business Insiderreports.

“Trump was one of those people: he received military draft deferments five times in the 1960s and 1970s, four for college and one for citing a medical condition called bone spurs.”

“In a significant reversal, the United States Court of Appeals for the 11th Circuit in Atlanta ruled on Friday that a Florida law requiring people with serious criminal convictions to pay court fines and fees before they can register to vote is constitutional,” the New York Times reports.

“The ruling put new hurdles in place for people convicted of crimes to vote, after Florida’s voters had amended the state’s Constitution in 2018 to end the disenfranchisement of those convicted of felonies, except for murder and sexual offenses. And with Florida a perennially close state in presidential elections, the decision could help shape the outcome this year.”

Rick Hasen: “I would be very surprised to see the Supreme Court take up this case before the election.”

Associated Press: “Trump said this week that “nobody likes” Harris, feeding into a standard of likability that is applied to women in leadership far more often than men. He told voters in North Carolina it would be ‘an insult to our country’ if Harris became the first female president. And Trump and his allies repeatedly mispronounce Harris’ first name, a pattern her supporters say amounts to a deliberate effort to portray the daughter of immigrants as someone who does not belong at the top ranks of politics.”

“Trump is focusing on Harris as he has sometimes struggled to land on a consistent, coherent attack against Biden, who has built a reputation as a bipartisan deal maker rather than a progressive ideologue. And the racism and sexism underlying Trump’s critique of the first Black woman and person of Asian descent on a major party ticket are part of an aggressive strategy to appeal to white suburban voters.”

The Washington Post has some fascinating data on television ad spending in the key battleground states over the last two weeks:

Nate Silver: “In 2016, the Trump campaign did a much better job of allocating campaign resources to the right states. Their strategy this year is bizarre, conversely, spending to defend states like Georgia and Iowa while Biden outspends them in the tipping-point states.”

“Fearing a coming cash crunch, President Trump’s campaign has pulled back from television advertising over the last month, ceding to Democratic nominee Joe Biden a huge advantage in key states and sparking disagreements over strategy among the president’s senior team,” the Washington Post reports.

“Republican officials have been inundated with calls from worried activists and donors who complain about constant Biden ads in their local media markets, with very few paid Trump responses… Some Republicans close to Trump have been baffled at the decision to sharply curb advertising and have told the president he should change course.”

New York Times: “For much of the Trump presidency, days and controversies have run together until they’ve become an indistinguishable blur: a bombshell revelation from a former aide, or a self-sabotaging news conference, canceling out the last one. Time has seemed to pass quickly or not at all, as the constant churn of scandals, resignations, tell-all books and racist or sexist tweets has created its own political ecosystem.”

“But with less than eight weeks left until the election, and with early voting beginning in some states this month, the number of days Mr. Trump can afford to burn is dwindling… Nevertheless, Mr. Trump has spent the last week playing defense.”

Said GOP strategist Mike Murphy: “Even though the calendar says 54 days, it’s really more like 40 days. And so every day, Trump is burning the one thing he can’t create more of, which is time — which is a disaster for him.”