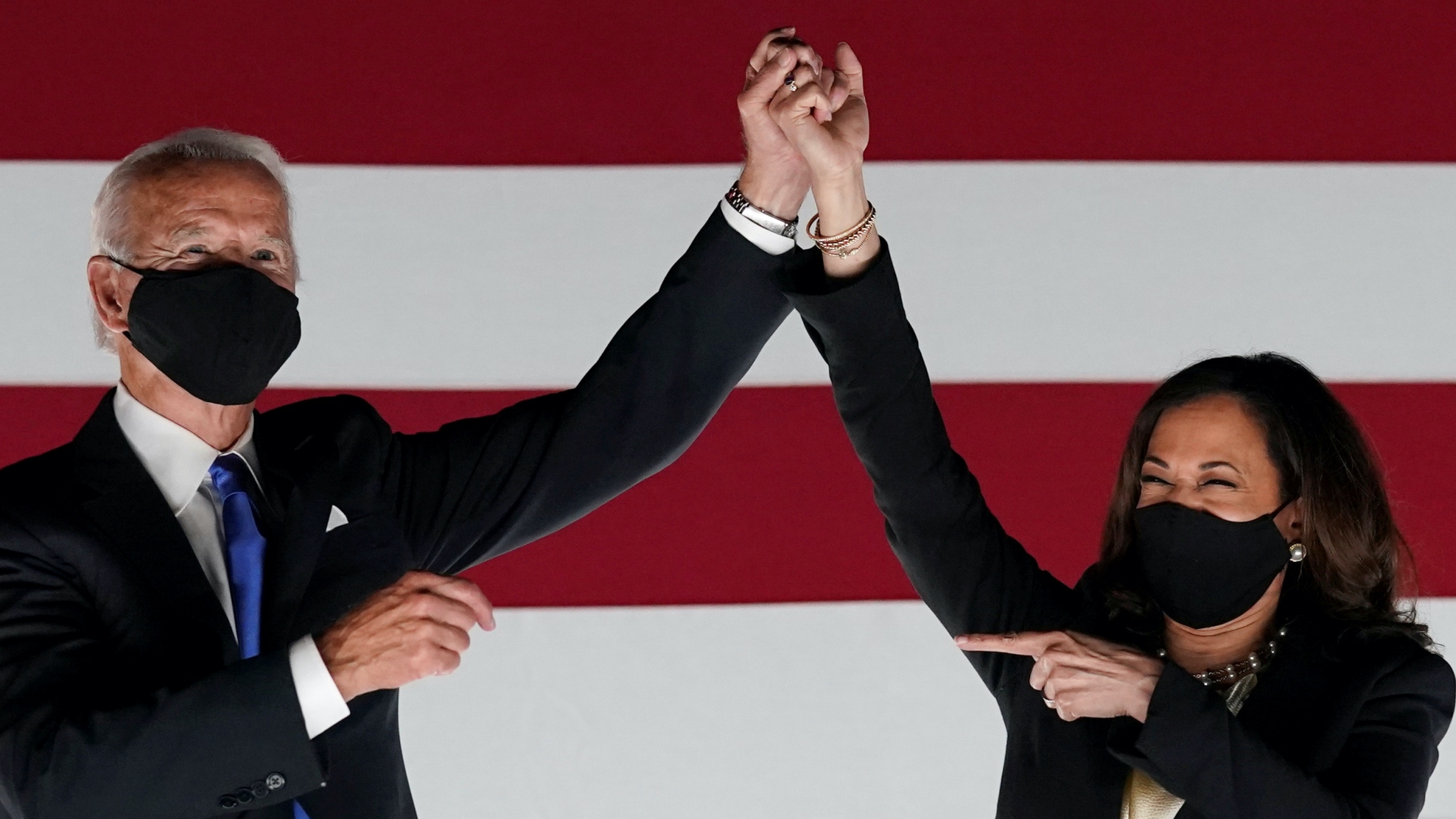 A new Monmouth poll finds Joe Biden leading Donald Trump nationally by 51% to 42% among registered voters and 51% to 44% among likely voters.

Here are some other state polls from Benenson Strategy Group:

And some other polls from rarely polled states from Fabrizio Ward/Hart Research Associates:

Rasmussen has Michigan at Biden 53–Trump 44

TargetSmart has Pennsylvania at Biden 51–Trump 44

“The Russian military intelligence unit that attacked the Democratic National Committee four years ago is back with a series of new, more stealthy hacks aimed at campaign staff, consultants and think tanks associated with both Democrats and Republicans,” the New York Timesreports.

“That warning was issued on Thursday by the Microsoft Corporation, in an assessment that is far more detailed than any yet made public by American intelligence agencies.”

“Twitter announced Thursday that it is expanding its policies against election-related misinformation, setting new rules that will likely force the platform to more aggressively fact-check President Donald Trump during the final months of the 2020 campaign,” CNN reports.

“Trump campaign aides are weighing another event on White House grounds around Election Day, despite criticism over the venue’s use as a political prop during the Republican convention,” NBC News reports.

“There have been serious discussions about the logistics of pulling off an political event there in the closing days or hours of the race, following President Trump’s satisfaction with his convention address on the White House South Lawn.”

“Gore wanted to fight solely in the courts, though that meant ceding the streets to Republicans, who held raucous rallies accusing Democrats of trying to steal the election from the GOP nominee, George W. Bush, including one showdown in the Miami-Dade elections-board offices that became immortalized as the ‘Brooks Brothers riot.’”

“No one can say what exactly will happen if Donald Trump contests an apparent loss on November 3 by insisting that the results are riddled with fraud. But one prediction is safe: Democrats won’t cede the streets to the GOP again in the weeks after the election.”

“Party operatives playing fast and loose with the facts is commonplace in campaign ads, but a recent TV spot in the Kansas Senate race is stretching the norms,” Inside Elections reports.

“A recent ad from Rep. Roger Marshall (R) is intended to paint Marshall’s opponent, state Sen. Barbara Bollier (D), as a typical left-wing politician… But the advertisement itself is highly misleading, taking Bollier’s own words out of context and making it seem as if she’s commenting on hot-button issues when in reality she is discussing unrelated topics.”

A new ad released by President Trump’s reelection campaign that looked to capitalize on the August jobs report to portray the country as being in the middle of a “great American comeback” features foreign stock footage, ABC News reports.

Joe Biden’s campaign is pulling its television ads off the air for the day today to commemorate the anniversary of the 2001 terrorist attacks, The Hill reports.

Tom Nichols: “I was a Republican for most of my adult life. I came of political age in 1980, and although I grew up in a working-class Democratic stronghold in Massachusetts, I found a home in Ronald Reagan’s GOP. Back then, the Republicans were a confident ‘party of ideas’ (a compliment bestowed on them by one of their foes, Democratic Senator Daniel Patrick Moynihan of New York), optimistic boosters of the American dream at home, and fierce opponents of the Soviet Union overseas. While the Democrats were the party of recrimination and retreat, the Republicans were the party of the future.”

“I understand the attachment to that GOP, even among those who have sworn to defeat Donald Trump, but the time for sentimentality is over. That party is long gone. Today the Republicans are the party of ‘American carnage’ and Russian collusion, of scams, plots, and weapons-grade contempt for the rule of law. The only decent, sensible, and conservativeposition is to vote against this Republican Party at every level, and bring the sad final days of a once-great political institution to an end. Then build the party back up again—from scratch.”

A new Washington Post-University of Maryland poll finds 61% of registered voters nationwide say they want to cast their ballots before Election Day, a significant departure from previous years that will force the candidates to reshape how they campaign in the election season’s final weeks.

CNN will host a town hall with Joe Biden on September 17 at 8 p.m. ET in Scranton, Pennsylvania, and will be moderated by Anderson Cooper. It will be Biden’s first prime time town hall since accepting the nomination.

“When the House is on fire and there’s a five-alarm fire, you have an obligation to let people know. If not, they’re going to burn, and they’re going to die. And this awful, awful incident, tragedy, can be summed up in four words: Trump lied. People died.” — Sen. Chuck Schumer (D-N.Y.), quoted by the Washington Post, on President Trump deliberately downplaying the deadly impact of the coronavirus.

Popular Information: “Facebook has permitted a large network of Facebook pages and groups — with names like Trump’s Deplorable Army, To The Death Media, and One Angry Conservative — to spread disinformation about voting in the 2020 election to millions of people.”

“The network operates by funneling traffic to Conservative Brief, an obscure right-wing website. Conservative Brief does not engage in any original reporting. Instead, it distorts reports from mainstream sources to sow doubt about the legitimacy of the upcoming election.”

“Over the last 90 days, the network of pages that promote Conservative Brief has generated 30.65 million engagements… That’s more engagement than the main New York Times Facebook page generated over the same period of time (26.48 million).”

Many of The Lincoln Project’s founders had ties to the late Sen. John McCain. So when it comes to their latest ad — a devastating attack on Sen. Lindsey Graham — they admit to the National Journal that “this one was personal.”

The Wisconsin Supreme Court told election officials that absentee ballots should not be mailed for now while the court determines whether they should include the Green Party’s presidential ticket, the Milwaukee Journal Sentinel reports.

The 4-3 order fell along ideological lines, with the conservatives in the majority and the liberals in dissent.