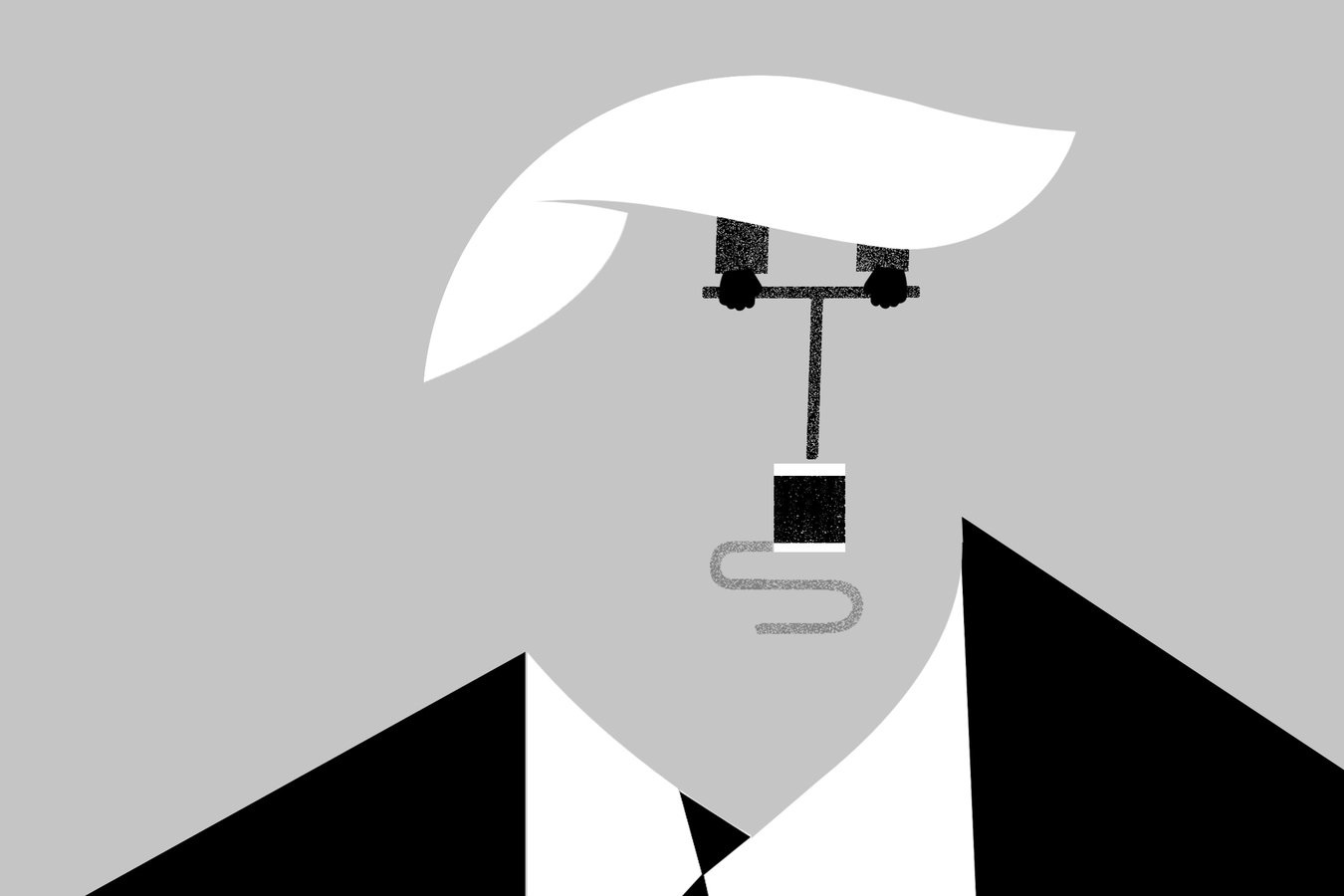 “After a summer when hundreds of thousands of people took to the streets protesting racial injustice against Black Americans, President Trump has made it clear over the last few days that, in his view, the country’s real race problem is bias against white Americans,” the New York Timesreports.

“Not in generations has a sitting president so overtly declared himself the candidate of white America. While Mr. Trump’s campaign sought to temper the culture war messaging at the Republican National Convention last month by showcasing Black and Hispanic supporters who denied that he is a racist, the president himself has increasingly made appeals to the grievances of white supporters a centerpiece of his campaign to win a second term.”

Washington Post: “Long before Trump’s views of the military would emerge as a flash point in his 2020 reelection campaign — before he would shock the political world with the more widely seen 2015 attack on McCain, in which he said the senator was ‘not a war hero’ and declared, ‘I like people who weren’t captured’ — Trump had a long track record of incendiary and disparaging remarks about veterans and military service.”

“Many of his remarks are memorialized in television interviews and the tapes of radio conversations with shock jocks, dating to his years as a private citizen and businessman.”

President Trump demanded a reporter asking a question at a press conference remove his mask.

Said Trump: “You’re going to have to take that off, please. You can take it off. How many feet are you away? Well, if you don’t take it off, you’re very muffled, so if you would take it off, it would be a lot easier.”

“I was skeptical that all the different threads amounted to anything more than bumbling incompetence, a confederacy of dunces who were too dumb to collude. In my view, they were most likely a collection of grifters pursuing individual personal interests: their own money- and power-driven agendas.”

Paul Krugman: “But the stock market isn’t the economy: more than half of all stocks are owned by only 1 percent of Americans, while the bottom half of the population owns only 0.7 percent of the market.”

“Jobs and G.D.P., by contrast, sort of are the economy. But they aren’t the economy’s point. What some economists and many politicians often forget is that economics isn’t fundamentally about data, it’s about people. I like data as much as, or probably more than, the next guy. But an economy’s success should be judged not by impersonal statistics, but by whether people’s lives are getting better.”

“And the simple fact is that over the past few weeks the lives of many Americans have gotten much worse.”

John Gruber points out footnote 1823 of the Senate Intelligence Committee report on Russian interference in the 2016 election which refers to testimony from Michael Cohen describing a night he spent with Donald Trump in Las Vegas in 2013:

“It’s a club that puts on shows, and you never really know what the show is going to be. In this specific case they brought out a young man who was in a leotard body suit, who, to me, I would diagnose him as a thalidomide baby. And he was blind as well, but he sang like Pavarotti. And while he was singing — I forget the song, it was like a ‘God Bless America’-type song — there was a woman who was in a thong bikini, who was large, performing sex acts on him while he was singing. Interesting, because I was with Mr. Trump at the time. It was not really a place I expected to be with him at. He looked over to me when he was finished, and I’ll never forget this, he looked me right in the face. He goes, ‘That’s a tough way to make a living.’”

“Maria Kolesnikova, one of Belarus’s main opposition leaders, vanished in Minsk on Monday morning, as the regime of autocratic leader Alexander Lukashenko battles to quell protests against his disputed re-election,” the Financial Times  reports.

A new USA Today/Suffolk poll finds two-thirds of U.S. voters say they won’t try to get a coronavirus vaccine as soon as it becomes available, and one in four say they don’t want to ever get it.

New York Gov. Andrew Cuomo (D) announced that the state’s coronavirus infection rate has remained below 1% for 30 days and COVID-19 hospitalizations have dropped to 410 — the lowest since March 16, Axios reports.

New York Times: “Mr. Trump was neither in the embassy nor in Germany that day — and yet there he was. His face was emblazoned on banners, T-shirts and even on Germany’s pre-1918 imperial flag, popular with neo-Nazis in the crowd of 50,000 who had come to protest Germany’s pandemic restrictions. His name was invoked by many with messianic zeal.”

“It was only the latest evidence that Trump is emerging as a kind of cult figure in Germany’s increasingly varied far-right scene.”

President Trump told reporters at a Labor Day briefing that he is “taking the high road” by not meeting with Speaker Nancy Pelosi and other top Democrats to negotiate the next coronavirus stimulus package, Axios reports.

Said Trump: “I don’t need to meet with them to be turned down. They don’t want to make a deal because they think if the country does as badly as possible … that’s good for the Democrats.”

“Doctors treating Russian opposition figure Alexei Navalny say he is out of an induced coma and his condition, since being poisoned, has improved,” the BBC  reports.

Politico: “The path toward economic recovery in the U.S. has become sharply divided, with wealthier Americans earning and saving at record levels while the poorest struggle to pay their bills and put food on the table.”

“The result is a splintered economic picture characterized by high highs — the stock market has hit record levels — and incongruous low lows: Nearly 30 million Americans are receiving unemployment benefits, and the jobless rate stands at 8.4 percent. And that dichotomy, economists fear, could obscure the need for an additional economic stimulus that most say is sorely needed.”