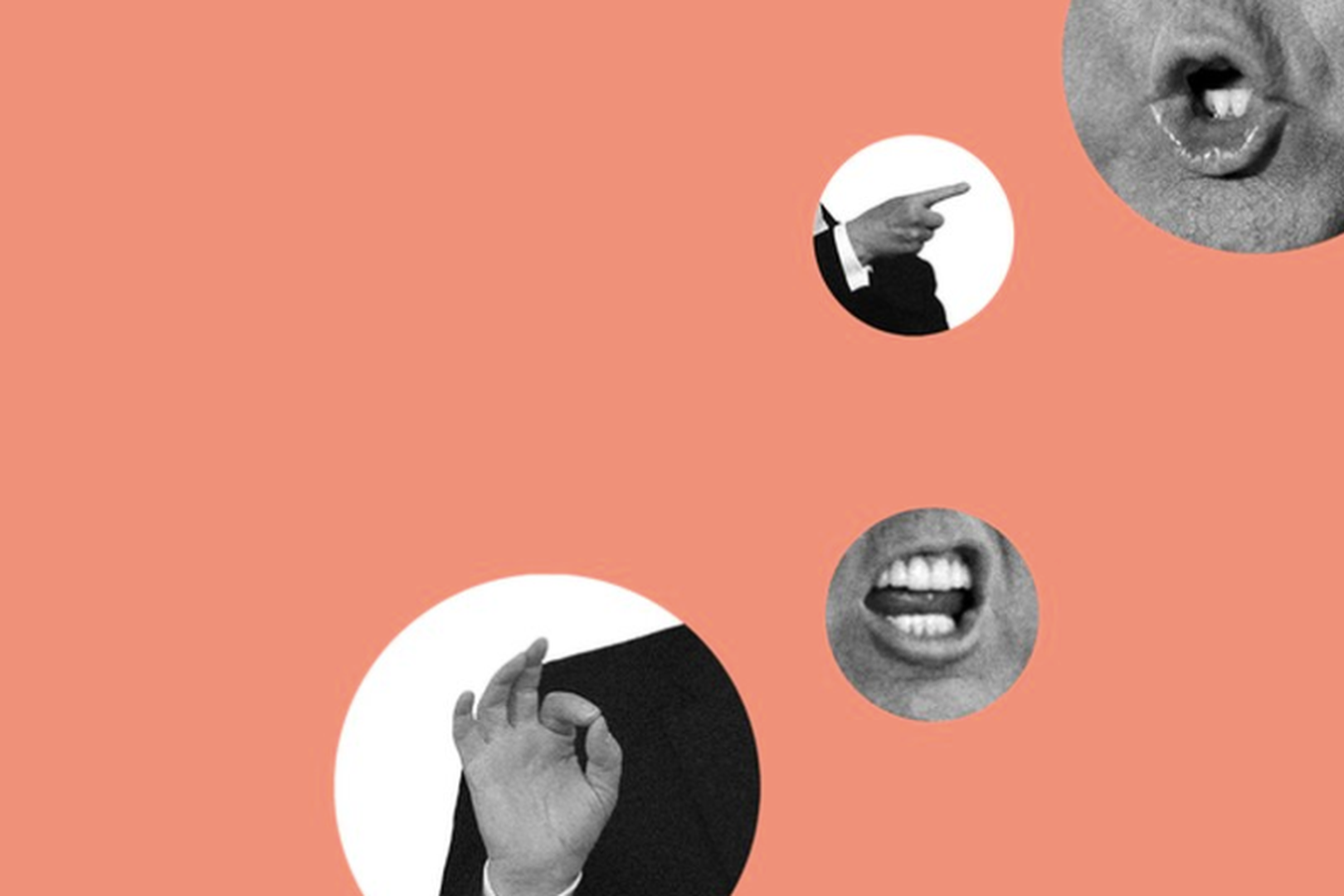 “President Trump was proudly litigious before his victory in 2016 and has remained so in the White House. But one big factor has changed: He has drawn on campaign donations as a piggy bank for his legal expenses to a degree far greater than any of his predecessors,” the New York Timesreports.

“Mr. Trump’s tendency to turn to the courts — and the legal issues that have stemmed from norm-breaking characteristics of his presidency — helps explain how he and his affiliated political entities have spent at least $58.4 million in donations on legal and compliance work since 2015.”

“At least four boats sank at an event promoted as a Trump Boat Parade on Lake Travis in Texas on Saturday,” the New York Times reports.

“The Sheriff’s Office in Travis County received “multiple” calls of boats in distress starting at 12:15 p.m. local time… Firefighters pulled some people out of the water.”

Sen. Kamala Harris criticized President Trump’s push to have a coronavirus vaccine ready for distribution before Election Day, painting the president as willing to use his power for political advantage, NBC News reports.

Said Harris: “I would not trust Donald Trump and it would have to be a credible source of information that talks about the efficacy and the reliability of whatever he’s talking about. I will not take his word for it.”

“Just eight weeks from election day, the White House has stopped trying to contain the coronavirus — shifting instead to shielding the nation’s most vulnerable groups and restoring a sense of normalcy,” Politicoreports.

“The change is part of a concerted effort by the White House to increase public approval of President Donald Trump’s pandemic response — and bolster his reelection chances — by sharply reducing Covid-19 case counts and the number of deaths and hospitalizations attributed to virus.”

Dr. Anthony Fauci told CNN that he’s not sure what President Trump meant when he said earlier that evening that the country is “rounding the corner” on the coronavirus pandemic.

Said Fauci: “I’m not sure what he means.”

President Trump is moving to revamp federal agencies’ racial sensitivity trainings, casting some of them as “divisive” and “un-American,” according to a memo by the White House Office of Management and Budget, the Washington Post reports.

Boris Johnson privately told US diplomats that Donald Trump was “making America great again”, according to a cache of official notes taken during high-level UK-US meetings whose details have leaked to The Telegraph.

“Mr Johnson’s praise for Mr Trump in private goes much further than he usually does in public, and is eye-catching given polls consistently show a majority of the British people disapprove of the US president. Its disclosure could see the Prime Minister get dragged into the US election campaign.”

“Anita Hill never pictured herself voting for Joe Biden. But given the political reality the nation is facing, she’s not only going to vote for Biden — she’s also willing to work with him, should he become president,” CNNreports.

Said Hill: “Notwithstanding all of his limitations in the past, and the mistakes that he made in the past, notwithstanding those — at this point, between Donald Trump and Joe Biden, I think Joe Biden is the person who should be elected in November.”

President Trump said there is “not any proof yet” of Kremlin involvement in the poisoning of corruption fighter Alexei Navalny and urged reporters to focus their criticism on China instead, the Daily Beast reports.

Said Trump: “It is interesting that everyone’s always mentioning Russia… but I think probably China at this point is a nation you should be talking about much more so than Russia.”

CNN: “It’s the latest example of Trump declining to condemn Russia and its president, Vladimir Putin, for authoritarian actions. In the case of the Navalny poisoning, leaders around the world, including German Chancellor Angela Merkel and British Prime Minister Boris Johnson, offered strong condemnation and called for answers from the Russian government.”

Daily Beast: “Trump aides, Republican operatives, and former and current friends of the president, several of them mounted a curious defense of Trump. Yes, they admitted, the commander in chief at times makes callous, tone-deaf comments about American military personnel behind closed doors. But it’s because he hates the wars they’re forced to fight, not the service members themselves.”

Said one senior administration official: “The president means no disrespect to our troops; it’s just that the way he speaks, he can sound like an asshole sometimes. That’s how he is when the cameras are off… It’s his style.”

New York Times: “The president privately raged about The Atlantic’s article on Friday morning, and advisers were panicked about how to counter it. They feared it was the beginning of a constant drip of negative stories from disenchanted former officials that could sway voters. While Mr. Trump demanded that allies knock down the article, aides recognized that few senior military officers were willing to openly defend the president.”

Playbook: “Amid all the furious responses to the Atlantic article alleging that President Trump had called American troops ‘suckers’ and ‘losers,’ one thing leaps out: You didn’t see Republican members of Congress leaping to defend the president’s character.”

“Some of this may be the late summer recess talking. But I’m told telephones and the internet still work outside of Washington — and Trump’s closest allies on Capitol Hill did not exactly rally to his defense. Sen. Lindsey Graham for one, managed to praise the president for saving the military publication Stars & Stripes, but said nothing directly about the big story White House aides and loyal alumni were scrambling to discredit. Other prominent GOP members ignored the subject altogether.”

Politico: “It’s a difficult situation for Trump, who from the beginning of his presidency has surrounded himself with military trappings and boasted about ‘rebuilding’ the armed services. Experts and former top military officials say the quotes from the article are dangerous not just for losing actual voters tied to the military — but potentially turning off a narrow slice of undecided voters who may not love either 2020 candidate but still revere troops and veterans.”

Daily Beast: “If the stories broadcast by the Trump-endorsed One America News Network sometimes look like outtakes from a Kremlin trolling operation, there may be a reason. One of the on-air reporters at the 24-hour network is a Russian national on the payroll of the Kremlin’s official propaganda outlet, Sputnik.”

Wall Street Journal: “Several drug makers developing Covid-19 vaccines plan to issue a public pledge not to seek government approval until the shots have proven to be safe and effective, an unusual joint move among rivals that comes as they work to address concerns over a rush to mass vaccination.”

President Trump said his former chief of staff, John Kelly, could have been one of the four anonymous sources used by The Atlantic in the publication’s report that the president made disparaging comments about military troops, CNN reports. Said Trump: “It could have been a guy like a John Kelly.”

An amusing sentence from the New York Times: “Mr. Kelly refused on-the-record interview requests about his recollection of comments Mr. Trump had reportedly made when Mr. Kelly was with him on a 2018 trip to France.” That makes it seem Kelly has been more than willing to talk “off the-record.”

“John Kelly left the White House barely on speaking terms with President Trump. In the months since, Mr. Kelly, a retired four-star general and former White House chief of staff, has stayed mostly silent as other senior military figures have publicly and harshly criticized the president,” the New York Times reports.

“Much to the consternation of friends and associates who have been pushing him to speak out, Mr. Kelly continued his silence on Friday about a report in The Atlantic that the president had privately referred to American troops killed in combat as ‘losers’ and ‘suckers.’”

“Mr. Kelly refused on-the-record interview requests about his recollection of comments Mr. Trump had reportedly made when Mr. Kelly was with him on a 2018 trip to France.”

President Trump lashed out at the journalist behind this week’s explosive report that claimed he had disparaged fallen American soldiers, calling the reporter a “slimeball.”

Trump also went after a Fox News reporter after she backed up some details of a bombshell story saying she should be fired.

Politico: “Trump’s ongoing public effort to contain the fallout from the bombshell report entered its third day after the president on Friday attempted to repudiate the allegations in two press conferences and on social media, including having current and former administration officials speak out as character witnesses.”

“Peter Strzok spent his FBI career hunting Russian and Chinese spies, but after news broke of derogatory text messages he had sent about President Trump, he came to feel like he was the one being hunted,” the AP reports.

“There were menacing phone calls and messages from strangers, and anxious peeks out window shades before his family would leave the house. FBI security experts advised him of best practices — walk around your car before entering, watch for unfamiliar vehicles in your neighborhood — more commonly associated with mob targets looking to elude detection.”

Said Strzok: “Being subjected to outrageous attacks up to and including by the president himself, which are full of lies and mischaracterizations and just crude and cruel, is horrible. There’s no way around it.”

Strzok has a new book out which tells his story.