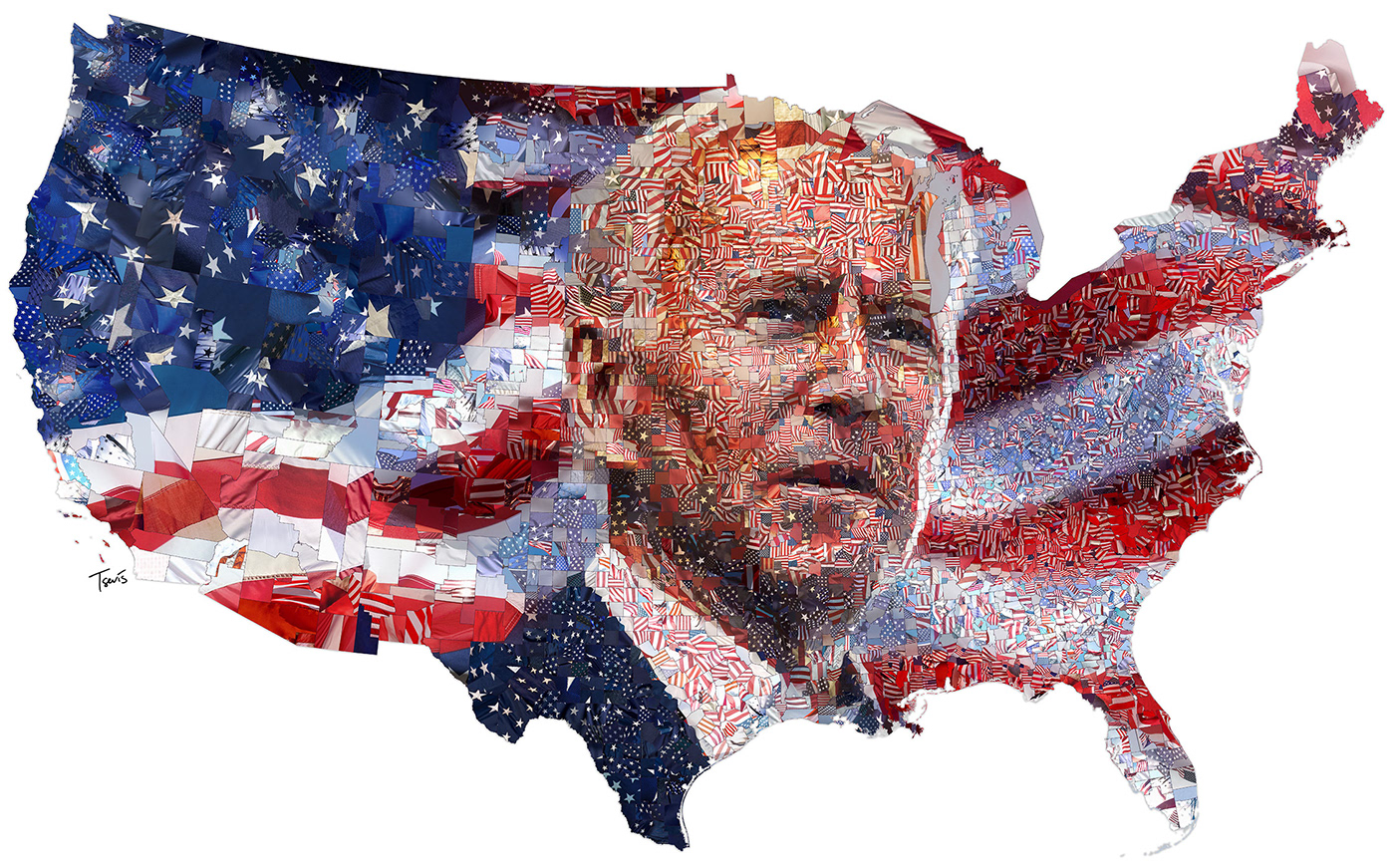 Key finding: By a 58% to 38% margin, likely voters say the country is worse off than it was four years ago. Said pollster Tim Malloy: “With six in ten likely voters feeling the country has lost ground, the president stares down a big gap to make up in a short time.”

And the U.S. Senate races:

The new Fox News poll in Wisconsin –conducted entirely after the unrest in Kenosha — suggests President Trump’s law and order stance isn’t working: Trump trails Biden by 5 percentage points in the state on the issue of “policing and criminal justice.”

“The total is believed to be the most ever raised by a presidential candidate in a single month, likely driven in part by Biden’s announcement on Aug. 11 that he had tapped Sen. Kamala Harris to be his running mate.”

Washington Post: “Throughout the campaign, Biden aides have grown accustomed to — and wary of — Democrats who question every move and worry at every tightening poll, a group derisively referred to as bed-wetters by less anxious Democrats. Biden’s campaign aides referred to actions taken to satisfy them as Operation Rubber Sheets.”

A new report says the state of Georgia has likely removed nearly 200,000 citizens from the voter rolls for wrongfully concluding that those people had moved and not changed the address on their voter registration, when in fact they never moved, CNN reports.

President Trump suggested that people in North Carolina should vote twice in the November election, once by mail and once in-person, escalating his attempts to cast confusion and doubt on the validity of the results, NBC News reports.

Said Trump: “So let them send it in and let them go vote, and if their system’s as good as they say it is, then obviously they won’t be able to vote. If it isn’t tabulated, they’ll be able to vote.”

It is illegal to vote more than once in an election.

President Trump and Joe Biden will debate with a single moderator at each of their three matchups, the New York Times reports.

The first on September 29 will be moderated by Chris Wallace of Fox News.

The second on October 15 will be moderated by Steve Scully of C-SPAN.

The third on October 22 will be moderated by Kristen Welker of NBC News.

Meanwhile, the only vice presidential debate on October 7 will be moderated by Susan Page of USA Today.

Aaron Blake: “The events of last week seemed as though they might be playing into President Trump’s hands. Trump and his allies have long sought to use unrest at racial-justice demonstrations to argue for his reelection, and on the eve of the Republican National Convention, another police shooting of a black man in Kenosha, Wis., reignited those scenes. For four nights afterward, the GOP pushed the issue hard, with some wagering that it would change the race.”

“It didn’t really do much, if anything, according to the earliest high-quality polls we have… New national polls released Wednesday morning from highly respected pollsters Ann Selzer and Suffolk University show the race remaining largely as it has been in recent weeks.”

First Read: “More important than the size of Biden’s leads are Trump’s 41 percent and 43 percent ballot numbers in both polls. They show an incumbent with a low ceiling after his convention and before the debates begin later this month.”

A new Reuters/Ipsos poll finds 78% of Americans remain “very” or “somewhat” concerned about the coronavirus. Nearly 60% said President Trump is at least partly responsible for the protracted school and business closures due to the virus, as well as for the high number of coronavirus cases in the United States.

Democrats have won the national popular vote in four of the last five presidential elections, but they have only won the electoral vote twice. That’s why most Democrats realize Joe Biden needs to win the popular vote by a decent margin or else he could still lose the presidency in the Electoral College.

Democratic presidential nominee Joe Biden said Wednesday that the officers involved in the shootings of Jacob Blake and Breonna Taylor should be charged.

“I do think there’s a minimum need to be charged,” Biden said of the officers involved in the shooting of both Jacob Blake in Kenosha and the police killing Breonna Taylor in Louisville earlier this year.

He also said that the death of a man in Portland who supported the right-wing group Patriot Prayer  should be investigated — and whoever was found responsible in that case should meet “the legal requirements” for their actions.

The former vice president made the remarks ahead of a scheduled to visit Kenosha, Wisconsin, on Thursday following an outbreak of protests that have ensued in recent day after Blake was shot seven times in the back by police.

Philip Bump: “Trump regularly touts the record enthusiasm in his base. In CNN’s poll, that is clear, including that 87 percent of his supporters say there is no way they will change their minds about whom they will vote for.”

“Among supporters of Biden, the figure is 94 percent.”

14 comments on “The Campaign Report – Stop the Bedwetting”