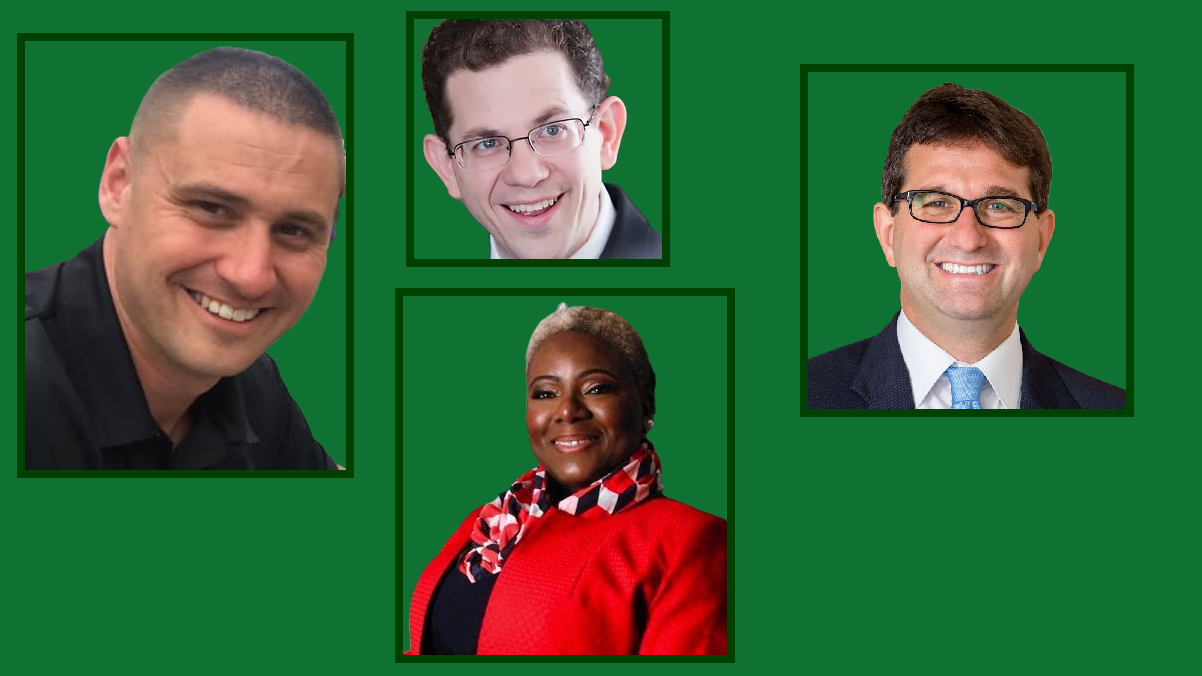 Please see our previous Fundraising Race posts on the statewide races of Governor, Lt. Governor and Insurance Commissioner, the U.S. Senator and U.S. Representative races, the State Senate races and the State House races if you have not already. These posts, and this one, and our upcoming posts on the County and City Races will be updated when the next fundraising reports are submitted. For state primary races, that will be on September 9. For federal primary races, that is September 3. For state general election candidates, the next fundraising deadline in October 6, and for federal general election candidates, it is October 15.

In New Castle County, there are four big primaries on September 15 to focus on.

The first is the biggest: New Castle County Executive. Incumbent progressive Matt Meyer is being challenged by a former Republican and Trump lover Maggie Jones. Meyer has far outraised Jones and has a monster lead in cash on hand. However, the Trumpette is being supported by PACs funded by the more conservative elements of the Fraternal Order of Police, the Delaware Association of Realtors, and James Maravelias of the Delaware Building and Trades Council. So that will more than make up the difference in cash on hand spending. The bad news for the Trumpers is that their planned mailer bombs on behalf of Jones may be hitting after a lot of voters have already voted by mail.

Next we have the New Castle County Clerk of the Peace. The fundraising is pretty even between the two candidates, Lisa Darrah, the current and now retiring Clerk’s deputy, and Aja Ajavon, who had earlier planned to run for the President of the New Castle County Council but switched races when this race opened upon Ken Boulden’s retirement. Darrah has more cash on hand, though.

The only County Council race featuring a primary is the 12th Council District. Incumbent Bill Bell has outstayed his welcome and is being challenged by Delaware National Guard Captain and Afghanistan War veteran Kevin Caneco. Bell has been the developer’s friend on the council for years and no longer looks out for his actual constituents while Caneco is a young family man setting down roots in the neighborhood with his wife and daughter. Yes, I am very biased in this race, as you can tell. Bell has raised no money this year but has over $22k cash on hand. Caneco has raised $2400 and has loaned his campaign $5k and has $4700 cash on hand. Here is hoping David beats Goliath.

Finally, New Castle County Council President. We have incumbent Karen Hartley Nagle, and Monique Johns and current Register of Wills Ciro Poppiti in the race. Nagle has raised nearly $11k and has over $15k cash on hand. Monique Johns cannot be bothered to open a candidate committee for her race let alone file a timely finance report, so we have no information on her current finances. For this reason alone, no one should vote for her and she should be banned from the ballot for all future races that, as a perennial candidate, she’ll attempt to run. Poppiti has raised $29k, loaned himself another $20k, and has spent all but $15k of it. That leaves him on par with Nagle for the stretch run.

I confess, I don’t know much about Kent or Sussex County local races. It seems, financially wise, that Mark Schaeffer is the favorite in the 3rd Council District in Sussex County, that it’s a toss up between Cynthia Green and Lisa Hudson Briggs in the 2nd. The same seems to be true for the Kent County Council’s 1st District, and yes I am calling the Kent County Levy Court a County Council because that’s what it is. That is a open race between Joanne Masten and Morgan Russum.