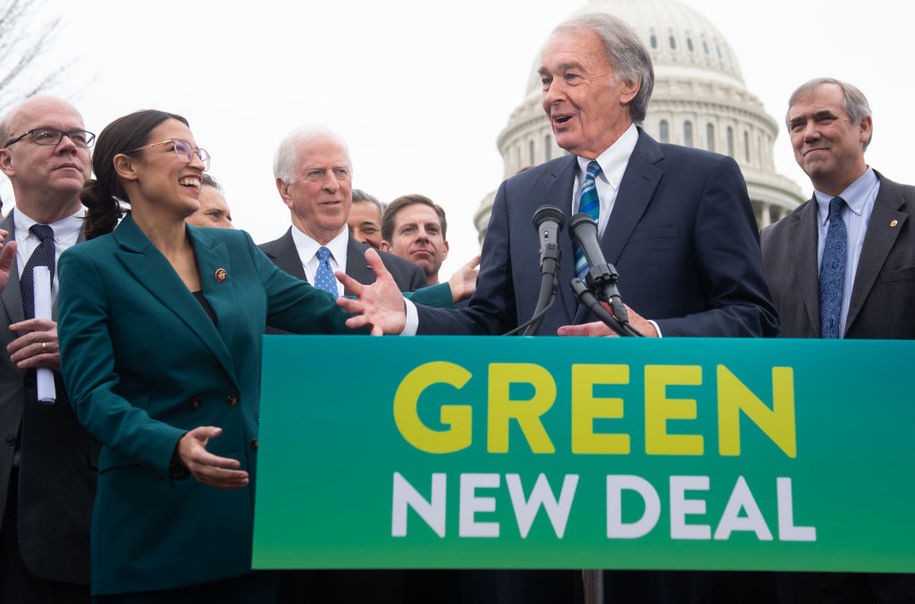 Said pollster J. Ann Selzer: “Beyond the overall eight-point advantage, this poll shows some areas of underlying strength for the former Vice President. Mr. Biden holds a wide lead with moderates 55% to 33%, who are a plurality of the electorate; he benefits from a 10-point lead among independents who do not lean toward any political party, 44% to 34%.”

“The level of excitement about voting in the presidential election is similar for both candidates, with 71% of Trump voters and 70% of Biden voters reporting they are “extremely excited” about voting for president.”

Kennedy is now the first member of his immediate family to lose a primary election in Massachusetts history.

“A series of deceptively edited and misleading videos shared by prominent Republicans have run up millions of views across Facebook and Twitter in just the past few days,” CNN reports.

“And while both companies have pledged to combat misinformation, their responses to these videos followed a familiar pattern: often they act too late, do too little, or don’t do anything at all.”

Joe Biden, pressing his argument that President Trump is failing the country with his handling of the coronavirus, plans on Wednesday to make the case that Mr. Trump is hurting the nation’s parents, teachers and schoolchildren with his push for schools to reopen, the New York Timesreports.

Washington Post: “The return to a focus on the pandemic’s effect on education is another in Biden’s repeated efforts to connect with Americans whose lives the virus has upended in myriad ways.”

“Joe Biden is expected to report a record-breaking haul of donations for August, raising more than $300 million between his campaign and his shared committees with the Democratic Party,” the New York Timesreports.

“The sum would shatter past monthly records as small donors have poured money into Mr. Biden’s coffers, especially since the selection of Sen. Kamala Harris as his running mate, and big contributors, from Silicon Valley to Wall Street, have given checks that can be as large as $620,000.”

Ezra Klein: “On August 27, 2019, President Trump held a 41.3% approval rating and a 51.2% disapproval rating… During the 365 days that followed, Trump became the third president impeached by the House of Representatives; America assassinated Iranian general Qassem Soleimani; more than 200,000 Americans died from the disease caused by the novel coronavirus; the unemployment rate rose from 3.7% to 10.2%; the US banned incoming travel from Europe, China, and Brazil; an estimated 12 million people lost health insurance coverage; Trump pardoned Roger Stone, who was facing jail time for dirty tricks on the president’s behalf; and George Floyd’s murder sparked a nationwide movement protesting for racial justice — to which Trump responded by tear-gassing demonstrators in Lafayette Park so he could take a photograph holding a Bible.”

“That is, of course, a bitterly incomplete list of a grimly consequential year in American history. But you’d never know it simply by following Trump’s poll numbers. On August 27, 2020 — one year later, and the day Trump used the White House as a backdrop for his convention speech — FiveThirtyEight had Trump at 42.2% approval and 54.3% disapproval. Everything had happened, and politically, nothing had mattered. Or, at the least, not much had changed.”

First Read: “According to our August NBC News/WSJ poll (conducted before the violence in Kenosha), Trump held a 4-point advantage over Biden when it comes to which candidate better handles crime, with 43% picking Trump and 39% Biden.”

“So despite the conventional wisdom, it’s not clear at all this issue is a winner for Trump.”

First Read: “One of the major differences between 2016 and 2020 is that this year’s presidential contest features a smaller third-party vote than four years ago, and Gary Johnson/Jill Stein voters from 2016 are breaking more toward Joe Biden than they are Donald Trump. And given Trump’s narrow win four years ago, that movement – if it holds – is a big deal.”

“The combined national NBC News/Wall Street Journal polls from this year have interviewed 215 voters who said they backed either Johnson or Stein in 2016, and Biden holds a 2-to-1 advantage among them.”

“Forty-seven percent say they’re voting for Biden, 20% are supporting Trump, and 33% are unsure or say they’re backing another candidate.”

CNN: “Several major courts cases over voting in multiple states have trials set in September or may have decisions soon, spotlighting legal disputes among state elections officials, Republicans, Democrats and voting access advocacy groups in the next few weeks.”

“With 10 weeks until Election Day and ballots in several states going out well before then, the clock for courts to decide is already ticking loudly. September brings major court hearings and possible decisions on voting access disputes in large states like Texas, Pennsylvania and Minnesota, with some voting rights groups involved in trials across the country on the same days or within a week.”

So Trump wants to convince voters he’s the stronger leader. But the polling finds Biden topping Trump here too, but it’s much closer. A recent YouGov poll found that 48% of voters see Biden as a somewhat or very weak leader. In contrast, 54% of voters overall and 60% of independents see Trump as a weak leader.

Americans’ already tepid review of relations between White and Black Americans has soured since 2018 and is now the most negative of any year in Gallup’s trend since 2001.

“After struggling for much of the year to settle on a clear and concise reelection message, President Donald Trump appears to have found his 2020 rallying cry,” the AP reports.

“Four years ago, it was ‘Build the Wall,’a simple yet coded mantra to white America that nonwhite outsiders threatened their way of life. This week, Trump has re-centered his campaign on another three-word phrase that carries a similar racial dynamic: ‘Law and Order.’”

0 comments on “The Campaign Report – Markey wins in MA”