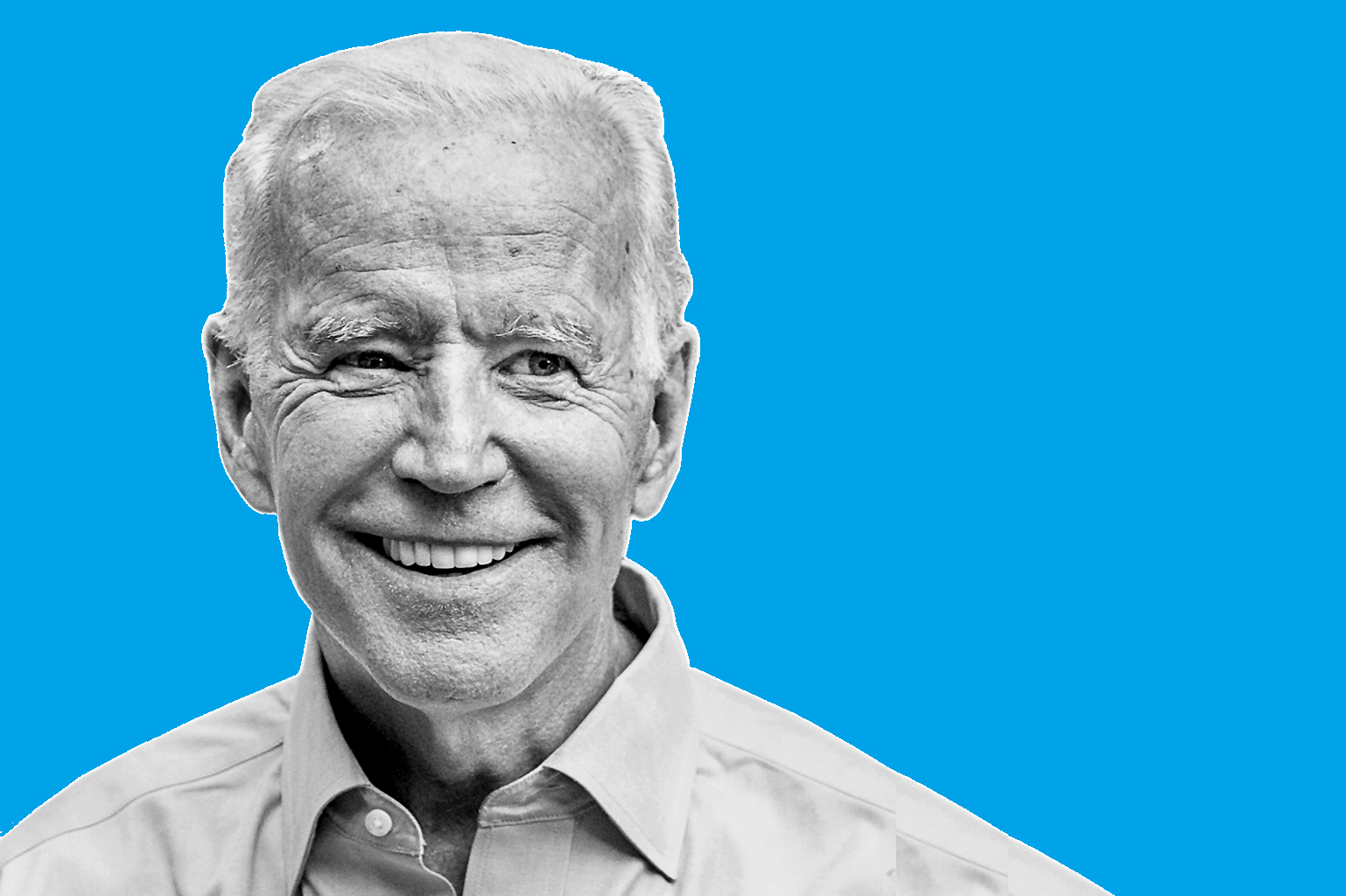 Morning Consult: “Despite two weeks of party conventions and amid civil unrest prompted by the police shooting of Jacob Blake in Kenosha, Wis., the state of the race between President Trump and Democratic presidential nominee Joe Biden stands largely unchanged from its pre-convention numbers in some of the country’s most-contested states — with the notable exception of Arizona.”

Biden saw his favorability improve to 51% after conventions concluded, while 55% continue to view Trump unfavorably.

However, 68% of independents also say the government is making things worse.

The latest Military Times poll shows a continued decline in active-duty service members’ views of President Trump and a slight but significant preference for former Joe Biden in the upcoming November election among troops surveyed.

Chris Cillizza: “Viewed broadly, the size of the playing field — and the states included in it — suggest that Biden is a) playing more offense than defense and b) sees a massive Electoral College victory as a genuine possibility.”

A new Axios-Ipsos poll finds 36% of Americans think we’ll know who won the presidential election on the night of Nov. 3, and 60% expect the winner to be announced within a couple of days.

“The gap between public expectations and what experts are warning — that it may take weeks — shows the risk of a national crisis over trust and acceptance of this year’s results, whether President Trump wins a second term or Joe Biden unseats him.”

David Byler on why Trump’s fear tactics won’t work in the modern suburbs of 2020: “First, demographics. These communities are no longer all-White bastions where fathers work and mothers stay home with the children. These neighborhoods are racially diverse: According to a 2018 study, only 68% of suburbanites were White, 14% were Hispanic and 11% were Black. And no matter where they live, Pew Research Center found that the share of mothers who stay home with children declined from 49% in 1967 to 27% in 2016. The audience Trump believes he’s targeting — White stay-at-home suburban moms — may be smaller than he thinks.”

“Playing the race card is more likely to backfire now than in any time in a generation. In 2019, the libertarian Cato Institute found that 52% of Americans who live in the suburbs favor ‘building more houses, condos and apartments’ in their community while 46% oppose the idea. According to YouGov, 50% of suburbanites think Biden would be better at handling race relations than Trump, and only 28% prefer Trump to Biden. And though it’s too early to tell whether this is a fad or a permanent trend, some suburbs may move left as city-dwellers, some of whom fear disease, have fled urban covid-19 hotspots.”

“Finally, Trump’s suburban pitch is off-key in an election dominated by the coronavirus.”

“Senior Trump campaign official Jason Miller appears to have been paid about $20,000 a month for work done for a nonprofit co-founded by indicted former Trump strategist Steve Bannon,” Salon reports.

“The nonprofit — now reportedly under investigation in connection with the federal charges against Bannon — started paying Miller the same month that Bannon’s associates learned they were under federal investigation, court documents and public reports show.”

Ron Brownstein: “Joe Biden is attracting more crossover endorsements from prominent members of the opposing party than any other presidential candidate from either side in decades.”

“That doesn’t guarantee the former vice president victory in November, but history suggests it could signal a lasting break in the Republican coalition that provides new opportunities to Democrats for years to come.”

Hawkfish, the political data agency funded by Michael Bloomberg, is predicting “chaos” as the presidential election votes are tallied, Axiosreports.

“We believe that on Election Night, we are going to see Donald Trump in a stronger position than the reality actually is,” Hawkfish CEO Josh Mendelsohn said, calling the phenomenon a “red mirage.”

That’s because Trump will win “potentially in a landslide” from in-person Election Day votes, “but lose a week later” as mail ballots are counted.

Stuart Stevens: “I’ve worked in five Republican presidential contests including the 2004 reelection campaign of George W. Bush, the only Republican to win the popular vote in the past 32 years. Watching the Democratic convention, I felt like a football coach seeing a team focused on fundamentals. Politics will always be about addition and not subtraction. From John Kasich to Bernie Sanders, we saw old-fashioned coalition building. Republicans were like a team coached by a star player who was determined that every play depend on his ability to execute. It was vain, self-indulgent and ineffective.”

“We will soon be in the campaign stretch, when odds are good that the problems most troubling Americans will revolve around the economy and the disruption created by a failed covid-19 response. Kids who went away to college this month will likely be back at home when their campuses have reverted to all-remote learning. Schools that do open for in-class sessions will likely be closing or are soon to close, with parents watching their kids’ anxiety rise while their education suffers. There will be far fewer Friday night lights this fall, and family reunions at Thanksgiving and at holidays that follow look to be extra-complicated, both if you need to travel and then once you and yours finally get together.”

“The fabric of American life has been torn and the calming presence of a man who actually knows how to be president will be far more appealing than a red-faced screamer furious at what has happened on his watch.”

President Trump was interviewed by Laura Ingraham on Fox News:

INGRAHAM: Who do you think is pulling Biden’s strings?

TRUMP: People you’ve never heard of. People that are in the dark shadows.

INGRAHAM: What does that mean? That sounds like a conspiracy theory: “Dark shadows.”

“President Trump has been throwing accelerant on the fire of the nation’s social unrest rather than trying to put it out, seeking confrontation rather than calm at a volatile moment his advisers hope will help salvage his campaign for a second term,” the New York Times reports.

“Other presidents in times of tumult tried to settle down communities convulsed by racial and cultural divisions, but Mr. Trump has encouraged one side against another. He has threatened to deploy federal forces, condoned freelance actions by his own armed supporters, conflated peaceful protesters with violent rioters and used the strife to undercut his political opponents.

“Senior Republicans are launching a massive new super PAC this week to bolster Donald Trump’s reelection in the final stretch of the campaign — a move that comes as the president has been pummeled by Joe Biden on TV,” Politico reports.

“Preserve America will be overseen by Chris LaCivita, a veteran Republican strategist who orchestrated the Swift Boat Veterans for Truth takedown of John Kerry in the 2004 presidential race.”

CBS News: “At least 18 states allow mail ballot processing before Election Day, beyond just signature matching, according to Michigan Secretary of State Jocelyn Benson. But that doesn’t mean they’ll have a tabulated number ahead of the election. However, depending on the state, officials are able to open envelopes or even matching ballot numbers against poll books — giving them a head start on Election Day.”

“But Pennsylvania, Michigan and Wisconsin — three states that could decide the presidency — must wait. Each of these states were decided by razor-thin margins in 2016, and each has seen unprecedented increases in mail-in voting in primaries this year amid the COVID-19 pandemic. Local election officials say they’re facing an overwhelming workload that could be eased by early processing, and some say they won’t have conclusive results on November 3 unless they can begin opening ballots early.”

“A federal judge on Monday extended the deadline for absentee ballots to be returned in Georgia, ruling that they must be counted if postmarked by Election Day and delivered up to three days afterward,” the Atlanta Journal Constitution reports.

The Trump campaign has been accepting thousands of dollars in donations from a notorious neo-Nazi leader and other racist extremists, according to Popular Information.