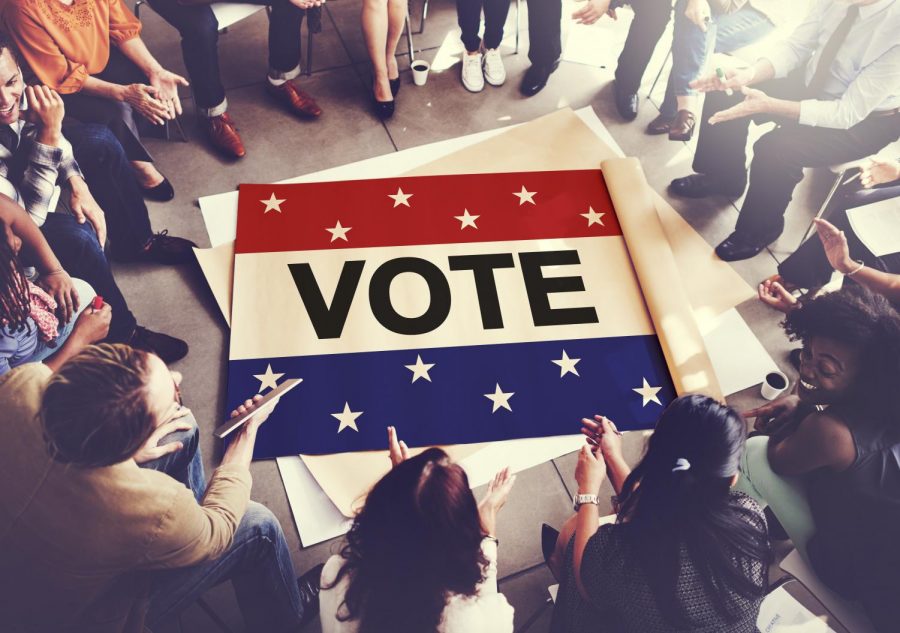 Joe Biden issued a statement unequivocally condemning violence on all sides after a man was fatally shot Saturday night during a clash between supporters of President Trump and anti-racism protesters, Axios reports.

Said Biden: “We must not become a country at war with ourselves. A country that accepts the killing of fellow Americans who do not agree with you. A country that vows vengeance toward one another. But that is the America that President Trump wants us to be, the America he believes we are.”

He added: “What does President Trump think will happen when he continues to insist on fanning the flames of hate and division in our society and using the politics of fear to whip up his supporters? He is recklessly encouraging violence.”

President Trump’s efforts to build his appeal and define his opponent at the Republican National Convention, using pageantry and the White House as the backdrop, had little apparent impact on the electorate’s impressions of both him and Joe Biden, a new ABC News/Ipsos poll finds.

Harry Enten: “If you were to average all of the national polls taken at least partially after the conventions, there may have been a bump of maybe a point or 2 at most for Trump.”

“Interestingly, that might make for a slightly larger bounce than Biden received, which was basically nothing. That fits the historical pattern of elected incumbents usually getting the larger bounce from the conventions.”

“Still, it’s not anywhere close to where Trump needed his bounce to be. Remember, Trump trailed by around 9 points heading into the conventions.”

“President Trump and Joe Biden were front and center during their parties’ conventions, but U.S. Senate candidates dominated the advertising breaks,” the Wall Street Journal reports.

“More than 1,265 political ads related to 2020 Senate races aired during the conventions, compared with 340 presidential spots… Viewers saw the most ads on the first night of each convention.”

“The preponderance of Senate ads was designed to showcase key races in what is expected to be a tight contest for control of the chamber.”

“Joe Biden is not expected to visit Kenosha on Monday, despite mounting pressure following Donald Trump’s announcement over the weekend that he planned to go there Tuesday,” Politico reports.

“The thinking, according to these people, is that Trump’s trip to Kenosha could backfire on him, given Biden’s continued messaging that the unrest in the city is an outgrowth of the president’s rhetoric that inflames racial tensions.”

Biden is set to travel to an undisclosed location on Monday to “condemn violence, and to note that chaos has unfolded” on President Trump’s watch, the New York Times reports.

Axios: “Biden’s apparent plans to travel and directly address the violence is an indication that the campaign is worried about losing ground on the law and order issue.”

“President Trump and his party are entering the nine-week stretch until Election Day with their success riding on a hope that enough voters come to the following conclusion: You’re not as bad as we thought,” the New York Times reports.

“As part of this strategy, Republicans and the Trump campaign are attempting to focus voters’ minds away from the pandemic and economic crisis and on a narrower set of cultural issues. For example, the nation is in dire straits, they say, not because of Covid-19 deaths or double-digit unemployment or racial discord, but because of liberals who want to ‘cancel’ conservatives, criminals who are rampaging from the cities into white suburbs and a Democratic presidential ticket that is a ‘Trojan horse’ for Fidel Castro-style authoritarianism.”

“Americans who watched the political conventions on television opted for news networks with partisan fan bases to a degree unseen in recent years, another sign of an increasingly divided electorate as the nation hurtles toward the November election,” the New York Times reports.

“Television viewers’ turn to perceived safe spaces raises questions about the ability of political conventions — which reached a broader TV audience in the pre-internet era — to persuade undecided voters. And it underscores fears about a polarized information environment where Americans can receive little exposure to political ideas that run counter to their own.”

“Just two years ago, Joe Kennedy’s star was so bright that he was asked to deliver the Democratic Party’s response to Donald Trump’s State of the Union speech. Now, if he can’t turn things around before Tuesday’s Massachusetts Senate primary, he’ll be out of politics,” Politico reports.

“A handful of recent polls show the 39-year-old congressman trailing incumbent Sen. Ed Markey — the septuagenarian incumbent whose campaign is improbably powered by younger progressive voters. Among voters under the age of 35, one of those polls reports, Markey is leading Kennedy by an almost 2-to-1 margin.”

“Joe Biden will resume in-person campaigning across the country in coming days amid the still-raging coronavirus pandemic, an answer to allies imploring him to meet voters where they are and a sign that his race with President Trump is tightening as the general election begins in earnest,” the Washington Post reports.

“After a Republican National Convention week in which President Trump and his allies sought to brand Joe Biden as radically anti-law enforcement, the Democratic nominee took implicit aim at that characterization in his own remarks on Saturday as he swiped at Mr. Trump’s calls for ‘law and order’ and ripped the president’s record as commander in chief,” the New York Times reports.

Biden, speaking to national guard troops, said: “I promise you, as president, I’ll never put you in the middle of politics, or personal vendettas. I’ll never use the military as a prop or as a private militia to violate rights of fellow citizens. That’s not law and order. You don’t deserve that.”

Team Trump officials told Axios they’re using the same tactic, with a suburban twist, that worked for the campaign in 2016 when they portrayed a country at risk from “violent” immigrants flooding the U.S.-Mexico border:

Kanye West’s address in his court filing to get on the presidential ballot in Wisconsin is the law office of Jill Holtzman Vogel, a Republican state senator from Virginia who previously served as chief counsel for the Republican National Committee, Ben Jacobs reports.

— President Trump, quote by The Hill, saying his daughter Ivanka Trump would make a better president than Sen. Kamala Harris.

Associated Press: “The GOP convention’s target audience, according to campaign officials, was mostly former Trump supporters, those Republicans or independents who may have backed him in 2016 but grew unhappy with his rhetoric or handling of the pandemic. The goal, by trying to humanize Trump and demonize Biden, was to set up a permission structure to make those voters feel comfortable enough to vote for Trump again, even if they cared for his policies far more than his personality.”

“Officials believe they accomplished that over the four-day convention and are encouraged by internal numbers that show Trump had begun closing the gap on Biden even before the events of this week in Washington. The campaign’s theory of the election has long been to turn out Trump’s base — a smaller set of the electorate than which backs Biden, but more enthusiastic — while also trying to win over nonvoters and drive up negative impressions of Biden so that some of his possible backers stay home.”