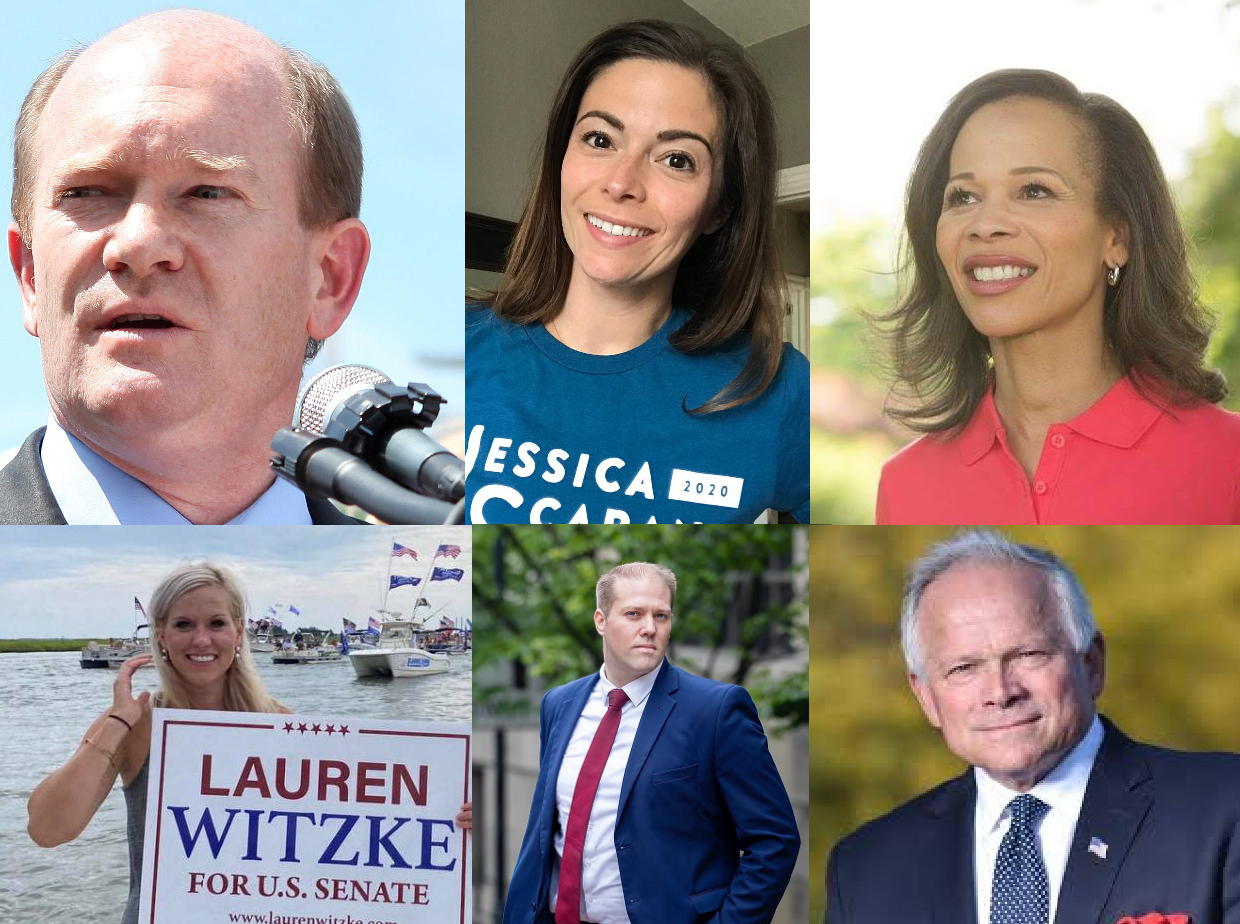 I gave you a rundown of the Delaware Campaign Finance Reporting deadlines yesterday in our opening article on the campaign fundraising in all races in Delaware this year. The Federal Election Commission deadlines are a little different and a little more straight forward than Delaware’s screwed up system. U.S. House and U.S. Senate candidates have to file quarterly reports. The first quarter report is due on April 15, the second on July 15, and the third on October 15. Candidates then have to file a Pre General Report on October 22, and a Post General Report on December 3.

The problem, however, is the FEC. As with all Federal agencies and departments during this era, they are now all underfunded and understaffed due to the Trump Administration’s negligence, incompetence and malfeasance. So as you will see below, we don’t have reports for some candidates and we don’t really know if the candidate has missed the deadline or if the FEC just hasn’t processed the filing yet. They tell you as much.

For a statewide Republican, insane person and former drug mule Lauren Witzke has raised a respectable amount through the end of June, but the problem is she has spend all but $17,000 out of $109,000 raised. I am going to have to look at her expenditures. I sense a Christine O’Donnell situation here.

There has been filed for the third party candidates, Libertarian Nadine Frost and Independent Mark Turley, but I don’t know if that is their fault or the FEC’s.

The marquee race is the Democratic Primary between incumbent Democratic Senator Chris Coons and progressive Jess Scarane. Coons is a fundraising juggernaut as you can see, and he has been spending those millions on a flood of mailers everyday to our mailboxes and TV ads thanking essential workers that seem to air every hour on cable. So Coons is flooding the zone to beat down this primary challenge so he won’t be caught flat footed as Mike Castle was in 2010.

To her credit, Scarane has raised a very respectable amount and is putting out mailers as well (I have received two so far). She also bought cable air time for the above ad that air during the one of the conventions. She has been very engaging on social media. It will be a tough hill to climb but she seems to have a very good grassroots campaign going.

Congresswoman Lisa Blunt Rochester doesn’t have a primary opponent and she is sitting on a good pile of cash for the general. The Republican primary been former actor Lee Murphy and Trumpist and reformed gay basher Matthew Morris. I have no idea who is going to win this race, and not just because we don’t have any information for Morris. Given each candidate’s backgrounds (or lack thereof), I would think that Murphy has the edge, but then again, his fundraising is not at all impressive for a Congressional race, and he is the guy who LOST to tree vandal and slum landlord Scott Walker in 2018. So I would not be at all surprised if Morris has tapped into the Trump Train with Witke and is steaming for a victory.

6 comments on “The Fundraising Race – The Congress and U.S. Senator Races”