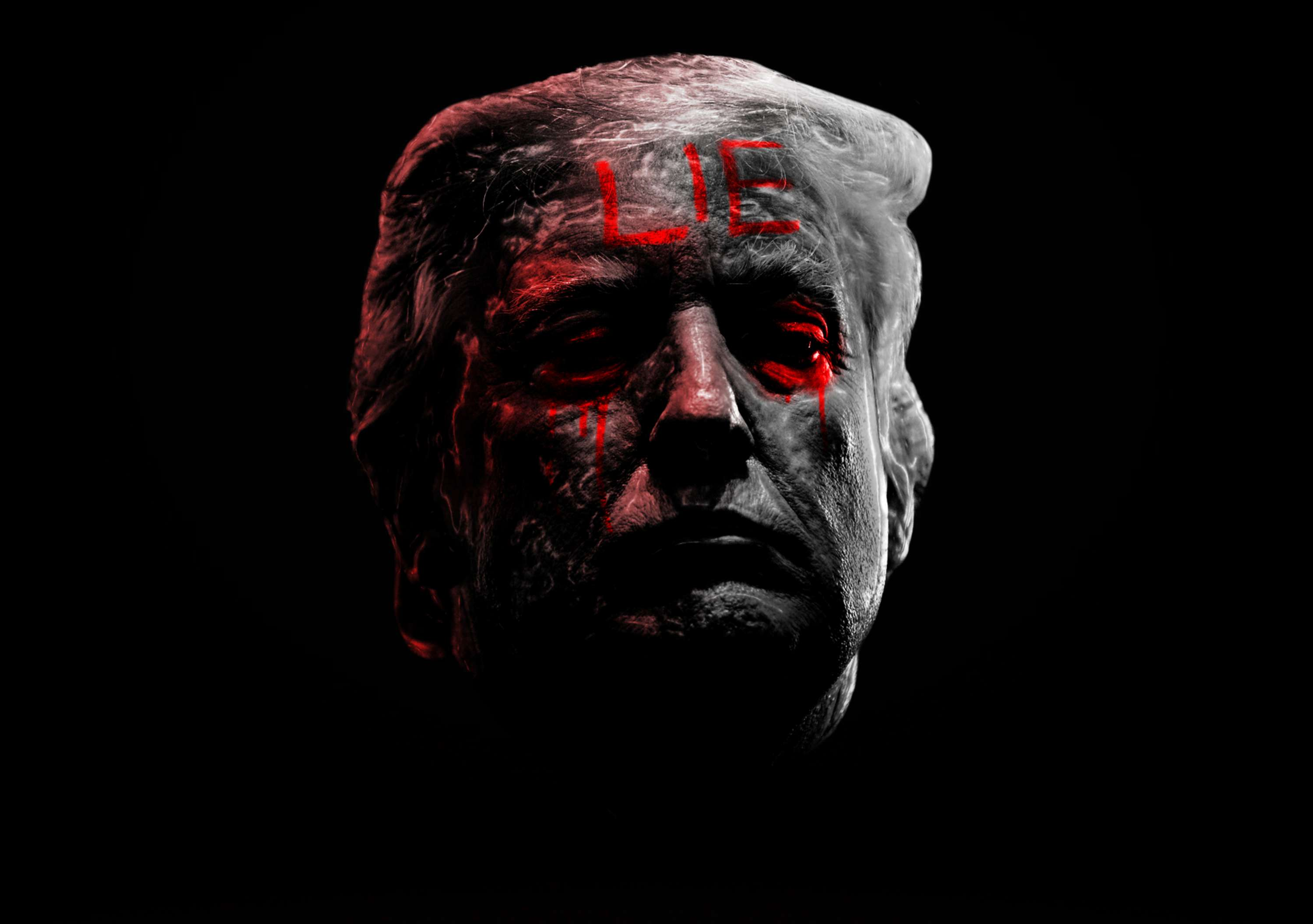 “As he laid out his case for reelection, President Trump deployed a powerful, and familiar, political tactic: fear,” the AP reports.

“In a tradition-defying convention address delivered from the White House, Trump painted a grim portrait of violence in American cities run by Democrats and populated by voters who largely oppose him. Though his depictions were at odds with the full reality on the ground in those cities, Trump held himself up as the last best hope for keeping lawlessness from reaching suburban communities — the same communities where he needs to stem the tide of voters turning against the Republican Party.”

“Fear has long been wielded by politicians, in part because it works.”

Mike Barnicle: A sick president scrambles to spread his contagion of fear.

Philip Bump: “President Trump isn’t running against Joe Biden, not really. The former vice president may occupy the Democratic Party line on the presidential ballot, but it isn’t Biden that Trump’s rhetoric describes.”

“Trump is instead running against a straw man whom he describes as a Trojan horse for socialists and communists. Trump is running against someone who holds positions that aren’t held by Biden himself — and if Trump convinces enough Americans that Biden and that straw man are one and the same, he might just win more votes.”

Sen. Rand Paul (R-KY) claimed that he was “attacked by an angry mob” while walking with his wife from the White House following President Trump’s speech at the Republican National Convention.

Those people were instructed to isolate immediately, and close contacts were also told to quarantine.

The Food and Drug Administration on Friday ousted its top spokesperson, Emily Miller, after less than two weeks on the job, the New York Timesreports.

Miller’s removal comes amid controversy surrounding its emergency use authorization of convalescent blood plasma as a coronavirus treatment.

George Packer: “Here is a prediction about the November election: If Donald Trump wins, in a trustworthy vote, what’s happening this week in Kenosha, Wisconsin, will be one reason. Maybe the reason. And yet Joe Biden has it in his power to spare the country a second Trump term…”

“Nothing will harm a campaign like the wishful thinking, fearful hesitation, or sheer complacency that fails to address what voters can plainly see. Kenosha gives Biden a chance to help himself and the country. Ordinarily it’s the incumbent president’s job to show up at the scene of a national tragedy and give a unifying speech. But Trump is temperamentally incapable of doing so and, in fact, has a political interest in America’s open wounds and burning cities.”

“Biden, then, should go immediately to Wisconsin, the crucial state that Hillary Clinton infamously ignored. He should meet the Blake family and give them his support and comfort. He should also meet Kenoshans like the small-business owners quoted in the Times piece, who doubt that Democrats care about the wreckage of their dreams. Then, on the burned-out streets, without a script, from the heart, Biden should speak to the city and the country.”

A professor at the University of Pennsylvania has renewed a request to investigate how President Trump was admitted to the school in 1966, citing what he called “new evidence” on secretly recorded tapes in which Trump’s sister says a friend took his entrance exam, the Washington Postreports.

Gen. Mark Milley, chairman of the Joint Chiefs of Staff, told Congress the U.S. armed forces will have no role in carrying out the election process or resolving a disputed vote, the AP reports.

The comments from Milley “underscore the extraordinary political environment in America, where the president has declared without evidence that the expected surge in mail-in ballots will make the vote ‘inaccurate and fraudulent,’ and has suggested he might not accept the election results if he loses.”

Emily Jane Fox notes three tell-all books from Trumpworld insiders — from Too Much and Never Enough by Mary Trump, Disloyal by Michael Cohen, and now Melania and Me by Stephanie Winston Wolkoff — are similar.

“What has struck me most about these books is not what salacious stories they have to share, though the stories are delicious and damning as advertised. It’s that some of the people closest to the Trumps have felt so jilted by them, so burned, so wrung out, that they’re willing to spill their guts about their own family or closest friends. The only reason these books exist is because the Trumps created a climate of backbiting and mistrust that subsumed everyone around them—a climate in which things like recording run-of-the-mill conversations to cover their hides or protect themselves from criminal investigations became the norm. For three different sets of reasons, Mary Trump, Cohen, and Wolkoff had the same knee-jerk response. They felt like it was the only way. And an even wilder notion: they were right.”

“That simple fact is more revealing than any leaked anecdote in any of these stories.”

Vox: “It’s a moment that encapsulates what amounted to a week of gaslighting on Covid-19 by Trump and the Republican convention — an attempt to make America think that a president who had so clearly failed was in fact a victory for the US.”

“German Chancellor Angela Merkel reacted with a smile — and no comment — when a reporter asked if it was true that President Trump had enchanted her,” Politico reports.

Two former top Homeland Security officials in the Trump administration have told The Daily Beast that there was an unwritten policy to not utter phrases like “domestic terrorism” and “white supremacy” around the president, for fear that he would take such conversations as implicit criticism of him.

Randy Corporon, a recently installed Republican National Committee official for the state of Colorado, has a history of spreading conspiracies and making sexist and Islamophobic comments, CNN reports.

“Corporon falsely claimed former President Bill Clinton had an illegitimate son and that Chelsea Clinton wasn’t his biological daughter in 2019. He spread the conspiracy that Barack Obama’s birth certificate wasn’t born in Hawaii and his real father wasn’t Barack Obama Sr. He also asserted Obama had a fake Black accent and falsely suggested he was a Muslim.”

“Prime Minister Shinzo Abe of Japan said on Friday that he was resigning because of ill health, thrusting his country, amid a global pandemic, into a new period of political uncertainty after a record-setting tenure that had provided unaccustomed stability at the top,” the New York Times reports.