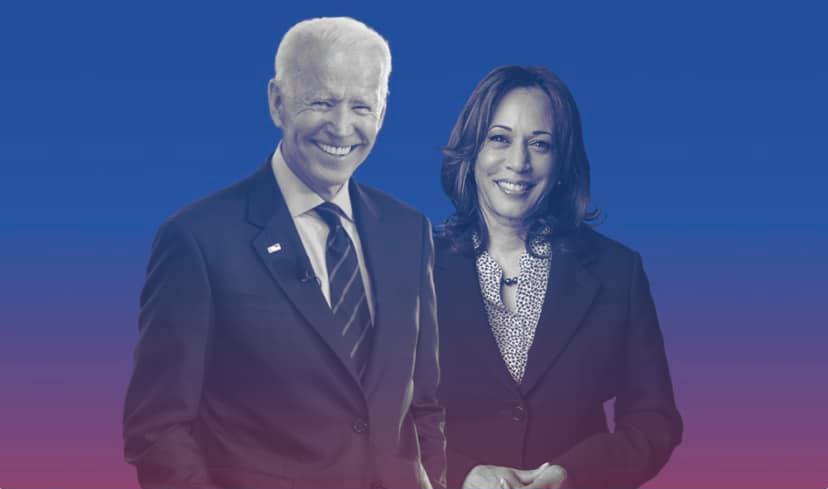 A new Navigator Research poll has a similar finding with Biden ahead, 54% to 41%.

As a backdrop to the just-ended Republican convention, Gallup routinely asks an open-ended question about what’s the most important problem facing the country today. In August, 35% said something about the coronavirus pandemic, 12% named the economy, and 10% said race relations. Only 4% thought crime was most important. Republicans focused on crime, ignored the coronavirus and lied about the economy.

— President Trump, in an interview with the New York Times, when asked about his second term agenda if re-elected.

“The South Lawn speech was the final demolition of the boundaries between governance and campaigning in a week full of such eroding,” the New York Times reports.

Jonathan Chait: Why Republicans can get away with violating laws Democrats have to obey.

Joe Biden told Bloomberg that he will begin traveling to battlegrounds after Labor Day, listing Wisconsin, Minnesota, Arizona and Pennsylvania as among the states on his itinerary.

Biden said he will “get out safely without jeopardizing peoples’ health.”

He added: “I’m a tactile politician. I really miss being able to, you know, grab hands, shake hands. You can’t do that now. But I can, I can in fact appear beyond virtually in person in many of these place.”

Susan Glasser: “Who knows, but politically, at least, the spectacle suggested a President entering his reelection campaign not strong and confident of victory, but insecure and faltering, a President whose prospects, left unvarnished by lies and fantasy, were so poor that his strategists had to reinvent him as a different person altogether. The departure from reality was so complete that I spent much of the week feeling sorry for the many journalists now employed as real-time fact checkers.”

“The truth is that Trump’s heart wasn’t really in the ridiculously uncredible makeover anyway. Fear is his preferred political drug, and nasty personal attacks are his default setting. This is what he is pushing, now and forever…”

“A judge ordered an Iowa county Thursday to invalidate 50,000 requests for absentee ballots, agreeing with President Trump’s campaign that its elections commissioner overstepped his authority by pre-filling them with voters’ personal information,” the AP reports.

New research from Northwestern University shows that U.S. political parties “are becoming increasingly polarized due to their quest for voters — not because voters themselves are becoming more extremist.”

“The research team found that extremism is a strategy that has worked over the years even if voters’ views remain in the center. Voters are not looking for a perfect representative but a ‘satisficing,’ meaning ‘good enough,’ candidate.”

Sen. Thom Tillis (R-NC) said in a statement that he “fell short of his own standard,” by choosing not to wear a face mask at President Trump’s Republican convention acceptance speech, Axios reports.

The apology came after challenger Cal Cunningham put out this statement: “Tillis apparently sets a different standard for himself. He was captured maskless in Washington Thursday surrounded by nearly 1,000 other people, most of whom were also not wearing masks or social distancing, after posting a photo to Twitter wearing a mask.”

David Hopkins: “It’s hard to remember another presidential campaign in which concrete proposals and potential legislative initiatives have played such a minor role. Democrats have plenty of ideas for policy reform, as usual, but they did not make them the centerpiece of their public message in last week’s convention; Biden’s acceptance address mostly omitted the traditional ‘laundry list’ of issue-specific domestic appeals in favor of a narrower focus on denouncing Trump as a threat to American values and mismanager of the COVID response.”

“But the Republican convention was even more devoid of a vision for the next four years that centered on the actual powers and responsibilities of the president, as opposed to its frequent expression of emotionally charged but mostly symbolic opposition to the media, national anthem protests, destruction of local statuary, and ‘cancel culture.’”

“In the midst of an ongoing national economic and public health crisis that requires active, competent management to address effectively, it’s remarkable that our national debate at this moment isn’t more concerned with each candidate’s specific plans and capacities to solve the immediate, life-threatening problem that the nation continues to face.”

Dan Balz: “With just under 10 weeks until Election Day, the campaign for president turns from a pair of scripted conventions to the trench warfare of mobilizing voters and to the unpredictability of September and October, with the campaign playing out against a backdrop unlike anything seen in modern times.”

“In a month, the first of three presidential debates will be held, scheduled for Sept. 29 in Cleveland. Some strategists see that evening as a pivotal and potentially decisive confrontation, particularly if President Trump has a bad night and Joe Biden looks strong. Still, the 2016 campaign moved late and, ultimately, decisively in Trump’s direction. Democrats worry about a repeat of that playbook and warn now against complacency. By the time of the first debate, early voting will have begun in a few states, and the pace will accelerate in October.”

McKay Coppins: “Every presidential-nominating convention is, to a certain extent, an exercise in hype and whitewashing. But Trump’s 2020 convention went further—rewriting the history of his first term with such brazenness that it seemed designed to disorient. The setting of the convention’s final night reinforced the surreality: the made-for-TV stage on the White House’s South Lawn; the cheering, unmasked audience of more than 1,000 standing shoulder to shoulder; the speakers blaring Lee Greenwood’s ‘God Bless the U.S.A.’ loud enough to drown out protesters at the gate.”

“Many of the Republican strategists I spoke with this week flatly acknowledged that their party was presenting a version of recent events that veered toward fan fiction. But given the bitter mood of the country and the dire state of the race, they said, the campaign’s desperation was understandable.”

Daniel Dale‘s fact check of the speech is worth watching: “This president is a serial liar, and he serially lied tonight.”

“The totals may fluctuate slightly when final numbers are released later in the day, but Biden clearly edged out Trump.”

“The Democratic convention was also higher-rated than the Republican convention overall when the audience for all four days is tallied up.”

Brian Stelter: Biden hits Trump where it hurts: in the convention speech ratings.