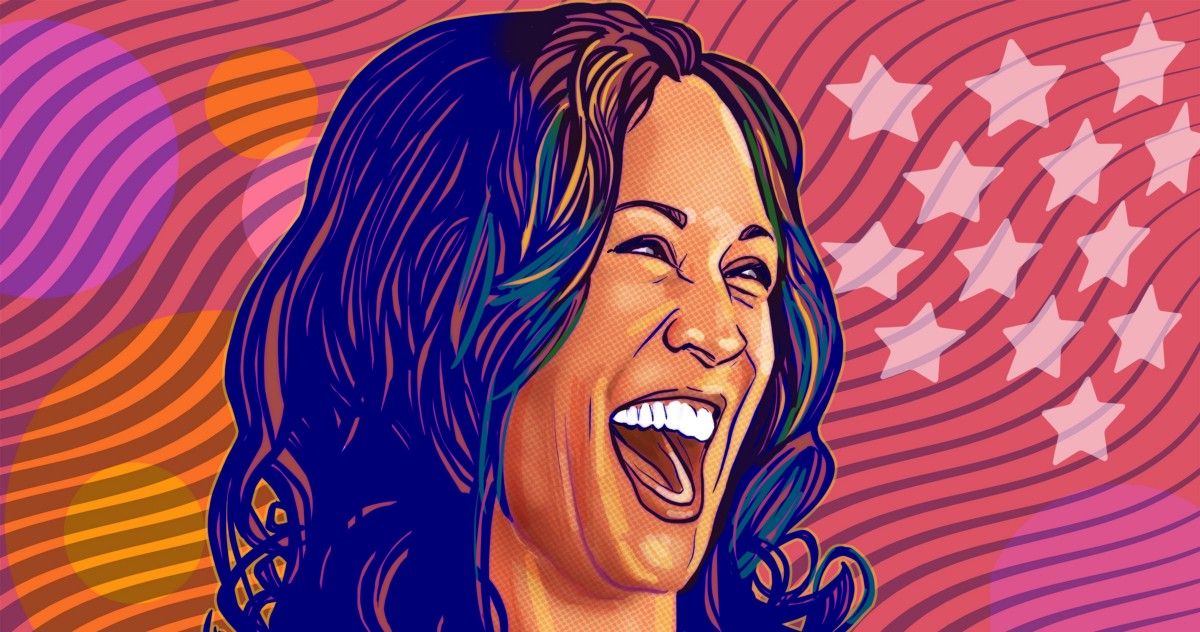 All three cable news networks carried a speech by Sen. Kamala Harris live in which she laced into President Trump as a failure on the coronavirus pandemic ahead of his convention speech tonight. Said Harris: “Donald Trump froze. He was scared. And he was petty and vindictive.”

Harris jabbed at the Republican convention’s focus on praising Trump over addressing the issues. As she was delivering counter-remarks to Trump’s upcoming acceptance speech, Harris laid out how systemic racism, COVID-19 and widespread economic hardships caused by the pandemic are devastating the country.

“That is the reality of America right now,” the vice presidential candidate declared. “A reality completely absent from this week’s Republican National Convention.”

“Because unlike the Democratic convention, which was very clear-eyed about the challenges we are facing and how we will tackle them, the Republican convention is designed for one purpose: to soothe Donald Trump’s ego,” she said. “To make him feel good.” Harris argued that “its most basic level,” Trump “doesn’t understand the presidency.”

“The more chaos and anarchy and vandalism and violence reigns, the better it is for the very clear choice on who’s best on public safety and law and order.” — Kellyanne Conway, making the case on Fox News that the killings of peaceful protesters will benefit President Trump politically.

Washington Post on the Trump family bilking tax payer money: “The Secret Service had asked for a room close to the president. But Mar-a-Lago said it was too late. The room was booked. Would agents like a room across the street from the president, instead? … The next time, the Secret Service didn’t take the same risk. It paid Mar-a-Lago to book rooms for two weeks at a time — locking them up before the club could rent them to others, according to newly released records and emails…”

“Federal spending records show that taxpayers have paid Trump’s businesses more than $900,000 since he took office. At least $570,000 came as a result of the president’s travel, according to a Post analysis. Now, new federal spending documents obtained by The Post via a public-records lawsuit give more detail about how the Trump Organization charged the Secret Service — a kind of captive customer, required to follow Trump everywhere.”

“As a stalemate over coronavirus relief legislation persists, Speaker Nancy Pelosi and White House Chief of Staff Mark Meadows will speak on the phone Thursday afternoon for the first time in weeks, but both sides are downplaying any suggestion that the phone call will restart negotiations,” NBC News reports.

Pelosi said she is returning Meadows’ call “out of respect” but that it will be a “very short” conversation if he’s not willing to meet Democrats in the middle.

Said Pelosi: “Are you willing to meet in the middle? If so, we can have a conversation. If not, I’ve returned your call.”

“Grocery shoppers are cutting back on spending, data show, a sign that Americans are hurting for cash as the federal unemployment stimulus remains on hold for most recipients,” the Wall Street Journal reports.

“The emerging shift in food spending comes after the $600 in weekly additional unemployment checks expired in July. … While consumer spending rebounded between May and July following a plunge earlier in the spring, analysts say that a broader pullback on grocery spending could mean lower sales for more discretionary items such as clothes and cars.”

“The Federal Reserve looks likely to keep short-term interest rates near zero for five years or possibly more after it adopts a new strategy for carrying out monetary policy,” Bloomberg reports.

“The new approach, which could be unveiled as soon as next month, is likely to result in policy makers taking a more relaxed view toward inflation, even to the point of welcoming a modest, temporary rise above their 2% target to make up for past shortfalls.”

Meanwhile, the number of Americans filing for unemployment benefits this week was 1 million. Another 4 million jobs lost in August.

“The Department of Homeland Security sent an agency-wide email to its employees Thursday morning reminding them not to participate in partisan politics, citing ‘heightened scrutiny,’” CNN reports.

“While directives like this are standard in election years, the warning comes days after acting Homeland Security Secretary Chad Wolf participated in a swearing in ceremony with President Trump for naturalized Americans as part of the Republican National Convention, raising ethics concerns.”

Mother Jones: “On December 10, 2015, Donald Trump took time off from campaigning for the Republican presidential nomination to spend hours sitting for a videotaped deposition in a lawsuit alleging that he and Trump University had defrauded people who had plunked down thousands of dollars to learn the secrets of his financial success as a developer. During a break in the proceedings, the camera continued to roll. And Trump and his attorney, Daniel Petrocelli, apparently unaware they were being recorded, were captured discussing the case.”

“In this 13-minute hot-mic video—a copy of which was provided to Mother Jones—Trump boasted about how his company threatened the Better Business Bureau to change the D rating it had assigned Trump University to an A. He complained about the federal judge overseeing the suit, Gonzalo Curiel, elliptically talking about how to challenge him and referring to ‘the Spanish thing.’ Trump also griped that he had been sued personally in this case, and Petrocelli had to explain to Trump that he, not just Trump University itself, was in the legal crosshairs because Trump had been accused of making false statements to promote the venture.”

“QAnon is batshit crazy.” — Sen. Lindsey Graham (R-SC), quoted by Axios, adding that he believes the conspiracy theory is “very much a threat.”

Ezra Klein: “The GOP stands for Grand Old Party, but there is no past on display at the 2020 Republican National Convention: No previous Republican presidents, or previous Republican presidential nominees, are speaking. History, for this Republican Party, began on June 15, 2015, when Donald J. Trump descended a golden escalator. That suits both sides just fine. The Bush family, and the Republicans who admire them, view Trump and his followers with horror. In turn, Trump and his allies look upon the Bush wing of the party with contempt.”

“Trump’s rise has driven a rehabilitation of the George W. Bush brand. Bush’s personal decency, his impulse toward tolerance and inclusivity, glows against the backdrop of Trump’s casual cruelty and personal decadence. But the catastrophic misgovernance in which George W. Bush ended his presidency, and Trump ends his first term, reveals the continuity between the two administrations.”

President Trump is shifting his focus from the U.S. Postal Service in his concerns about potential fraud in mail-in voting, claiming problems with mailed ballots lie with local elections officials who are “going to count them wrong,” NBC News reports.

He added: “The problem is when they dump all these ballots in front of a few people who are counting them, and they’re going to count them wrong. The post office is not to blame.”

New York Magazine has the first excerpt from Melania & Me the new book by Melania Trump’s former friend and adviser, Stephanie Winston Wolkoff.

“As the transition wore on, it felt like they wanted to keep the East Wing offices empty, as if the budget and vetting process was being used like a weapon to prevent Melania from filling them. They seemed to enjoy disenfranchising the East Wing so they could totally control Melania. Ivanka was relentless and was determined to be the First Daughter Lady and to usurp office space out from under Melania.”