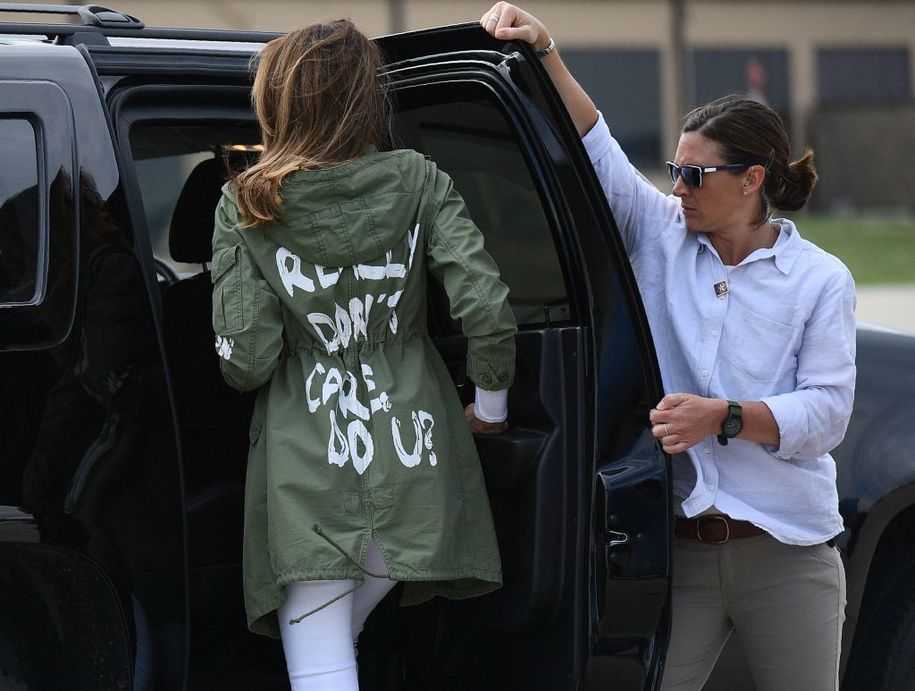 A new CNBC/Change Research survey finds Joe Biden leading Donald Trump by a 49% to 46% margin across six  key states. He has an edge over the incumbent in five of the six states, while North Carolina is virtually tied.

“The White House is serving as the backdrop for several events during this week’s Republican National Convention, raising questions of whether the production of the programming could run afoul of a federal ban on government employees participating in politics while on the job,” the Washington Post reports.

“Unless they take precautions, White House aides who assist with the events could be in danger of violating the Hatch Act, which prohibits federal employees from taking part in political activity while on duty or in a government building, or while wearing an official uniform or insignia, according to the Office of Special Counsel, which enforces the law.”

Axios on how Trump could win:

Trump’s big bet is that there are a lot of working class voters, especially in rural areas, who did not vote in 2016 but will this time.

Trump economic adviser Larry Kudlow referred to the coronavirus pandemic in the past tense during a short taped speech at the Republican National Convention last night.

Kudlow made the remarks from his home in Redding, Connecticut.

Playbook: “Secretary of State Mike Pompeo addressed the Republican convention Tuesday from a rooftop in Jerusalem, where he was on a government-paid trip conducting diplomacy — even though State Department employees were expressly told this type of politicking was prohibited. (Had Hillary Clinton done this, Rep. Pompeo would’ve been on her case.) Trump pardoned a man from the White House on television during the convention, and naturalized five others — in conflict with four years of restrictive immigration policies. First lady Melania Trump addressed the convention from the Rose Garden, which she has recently refashioned to her liking.”

“Of course, much of this is improper, and, according to most every straight-faced expert, it’s a violation of the Hatch Act. It’s incumbent upon the news media to point that out. But do you think a single person outside the Beltway gives a hoot about the president politicking from the White House or using the federal government to his political advantage? Do you think any persuadable voter even notices?”

Washington Post: “Faced with a pandemic that has killed more than 175,000 Americans, President Trump used glitzy video and misleading testimonials to spin a tale of heroism and resolve far removed from the grim reality of a country in the throes of an uncontrolled public health crisis…”

“It’s a revisionist version of recent history belied by hours of videotape in which the president minimized the threat of the virus for months, falsely predicted that it would ‘disappear’ with warmer weather, promoted several unproven miracle cures, pushed states to reopen before meeting federal government benchmarks, equivocated on mask-wearing, defied social distancing guidelines and repeatedly told Americans that everything was under control.”

Politico: “Halfway through the 2020 Republican National Convention, Trumpworld believes they’re nailing it — from the messaging to speakers to production values, smacking down predictions their event would be a chaotic mess due to the late planning after months of wrangling over an in-person celebration. Aides only had four weeks to schedule the part-live, part-virtual convention based out of a D.C. auditorium and the White House, with the majority of the speeches written in the last two weeks.”

New York Times: “Since Mr. Trump plucked Mr. Pence from the governorship of Indiana to serve as socially conservative ballast on a thrice-married real estate mogul’s ticket, Mr. Pence has grown accustomed to performing such acrobatics, maneuvering around or dialing back in private what Mr. Trump bellows in public.”

“The cumulative effect of Mr. Pence’s conduct is to create around him a kind of artificial bubble of relative normalcy, in which the vice president avoids Mr. Trump’s most explosive and divisive behavior mostly by pretending it does not exist.”

Politico: “Donald Trump is getting pummeled on the TV airwaves, alarming Republicans and prompting the president’s allies to plead for outside help. August has been a blowout: Trump has been outspent on TV more than 2-to-1 over the past month… And in the last two weeks, Joe Biden is outpacing the president more than 5-to-1.”

“The shortfall comes at a pivotal moment in the campaign, with Biden essentially monopolizing TV advertising in key battlegrounds before the start of early voting. Trump has ceded the airwaves in Michigan and Pennsylvania, where he’s gone dark in August. In Wisconsin, Trump has been out-gunned more than 8-to-1. The president is not slated to be on the airwaves anywhere during the final week of the month, as Republicans hold their convention.”

Politico: “He’s waved a Bible in front of a shuttered church. He’s pushed to reopen worship houses despite evidence of being coronavirus super spreaders. He’s shouted, tweeted and whispered at every level that he’d support the aims of religious conservatives. And now President Donald Trump is using the 2020 Republican convention stage to make one last pitch: Please don’t defect to Joe Biden.”

“Facing signs of slippage in his appeal among religious voters who helped seal his victory in 2016, Trump is carving out a deliberate and vocal message this week to evangelicals and Catholics who may be tempted to stay home on Election Day due to frustrations over the faltering U.S. economy, ongoing coronavirus pandemic or recent Supreme Court losses.”

“Anti-abortion activist Abby Johnson, who will speak on Tuesday during the second night of the Republican National Convention, has advocated in recent months for a head-of-household voting system that has historically barred women and people of color from casting ballots,” The 19th reports.

“Johnson’s prime time RNC remarks come on the eve of the 100th anniversary of the adoption of the 19th Amendment, which extended voting rights to women.”

“Hours before she was set to speak at the Republican National Convention on Tuesday night, Mary Ann Mendoza took to Twitter and urged her followers to investigate a supposed Jewish plot to enslave the world,” the Daily Beast reports.