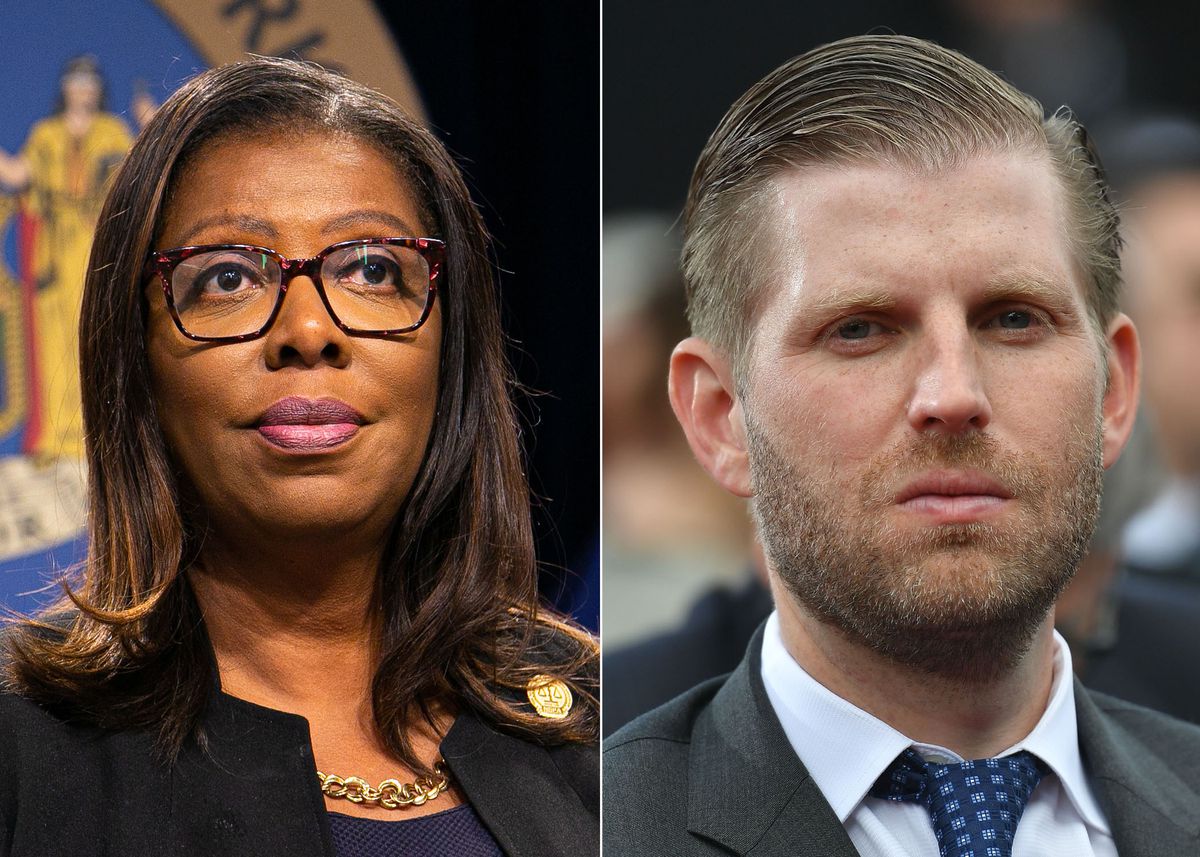 The New York Times reports the office has asked a judge to order Eric Trump to provide testimony under oath and the Trump Organization to hand over documents about four Trump properties it is investigating.

“The Manhattan district attorney’s office said Monday that it has agreed not to enforce a subpoena to an accounting firm for President Donald Trump’s financial records until after a federal appeals court has ruled on Trump’s request for a stay pending appeal of his lawsuit,” CNN reports.

Jerry Falwell Jr. the embattled president of Liberty University and one of the biggest champions of President Trump, has resigned, Religion News Service reports.

Washington Post: “Opposition to his presidency had been growing, but came to a dramatic head after two new reports about a young man Falwell and his wife befriended at a Florida pool, went into business with and who allegedly was sexually connected to the couple.”

“A business partner of Jerry Falwell Jr has come forward to say he had a years-long sexual relationship involving Falwell’s wife and the evangelical leader,” Reuters reports.

“Giancarlo Granda says he was 20 when he met Jerry and Becki Falwell while working as a pool attendant at the Fontainebleau Miami Beach hotel in March 2012. Starting that month and continuing into 2018, Granda told Reuters that the relationship involved him having sex with Becki Falwell while Jerry Falwell looked on.”

Said Granda: “Becki and I developed an intimate relationship and Jerry enjoyed watching from the corner of the room.”

Charlie Sykes to The Guardian: “Who needs Vladimir Putin when we have Donald Trump? If you were Vladimir Putin and you wanted to disrupt this election, what would you do? You’d spread disinformation. You’d make people doubt the legitimacy of the vote. You’d peddle conspiracy theories and you might want to mess with mail-in voting. That’s all happening without him. Our president is doing that.”

“It’s very clear that Trump will use every lever of governmental power to stay in office. There’ll be many mail-in votes and the mail-in votes will be very different than the same-day votes.”

“What he will do – and it will be very much on brand for Donald Trump – is declare victory on election night and then, as the mail-in votes are counted, he will insist that that they are not legitimate, that the election is being stolen from him, and I think that has the potential to create massive doubt and chaos.”

A judge ruled that Florida’s school reopening order is unconstitutional, striking down the controversial provision requiring “brick and mortar” campuses to open this month for five-day-a-week lessons, the Orlando Sentinel reports.

“Joe Biden and his running mate Kamala Harris will be regularly tested for the coronavirus as their in-person campaigning intensifies in the final 10 weeks before Election Day,” Bloomberg reports.

“The campaign would disclose if either candidate tests positive for the virus and staff who interact with Biden and Harris will also be tested regularly.”

“Kellyanne Conway, a senior adviser to President Trump and one of his longest-serving aides, is leaving the White House at the end of the month,” the Washington Post reports.

“Her husband George T. Conway III, a conservative lawyer and outspoken critic of the president, is also stepping back from his role on the Lincoln Project, an outside group of Republicans devoted to defeating Trump in November. He will also take a hiatus from Twitter, the venue he has often used to attack the president.”

Brazilian president Jair Bolsonaro told a journalist he would like to “smash your face in” after being questioned over reports of a series of mystery payments into his wife’s bank account by a former police officer with alleged links to the Rio de Janeiro underworld, The Guardian reports.

“With the 2020 census into its final stage, more than one in three people hired as census takers have quit or failed to show up,” the New York Timesreports.

“Many still on the job are going door to door in areas that largely track places where there are elevated rates of coronavirus infections.”

“And with 38 million households still uncounted, state and local officials are raising growing concerns that many poor and minority households will be left out of the count.”

“Cliff Sims, a former aide to President Donald Trump, who sued the president after writing a brutal tell-all book about his time in the Trump White House called Team of Vipers, is back on the Trump team, serving an important role overseeing speechwriting for the upcoming Republican National Convention,” ABC News reports.

“Sims is not only supervising speech writing for the convention, but is also spearheading the efforts for remarks by the president’s children, including Donald Trump Jr. and Tiffany Trump.”