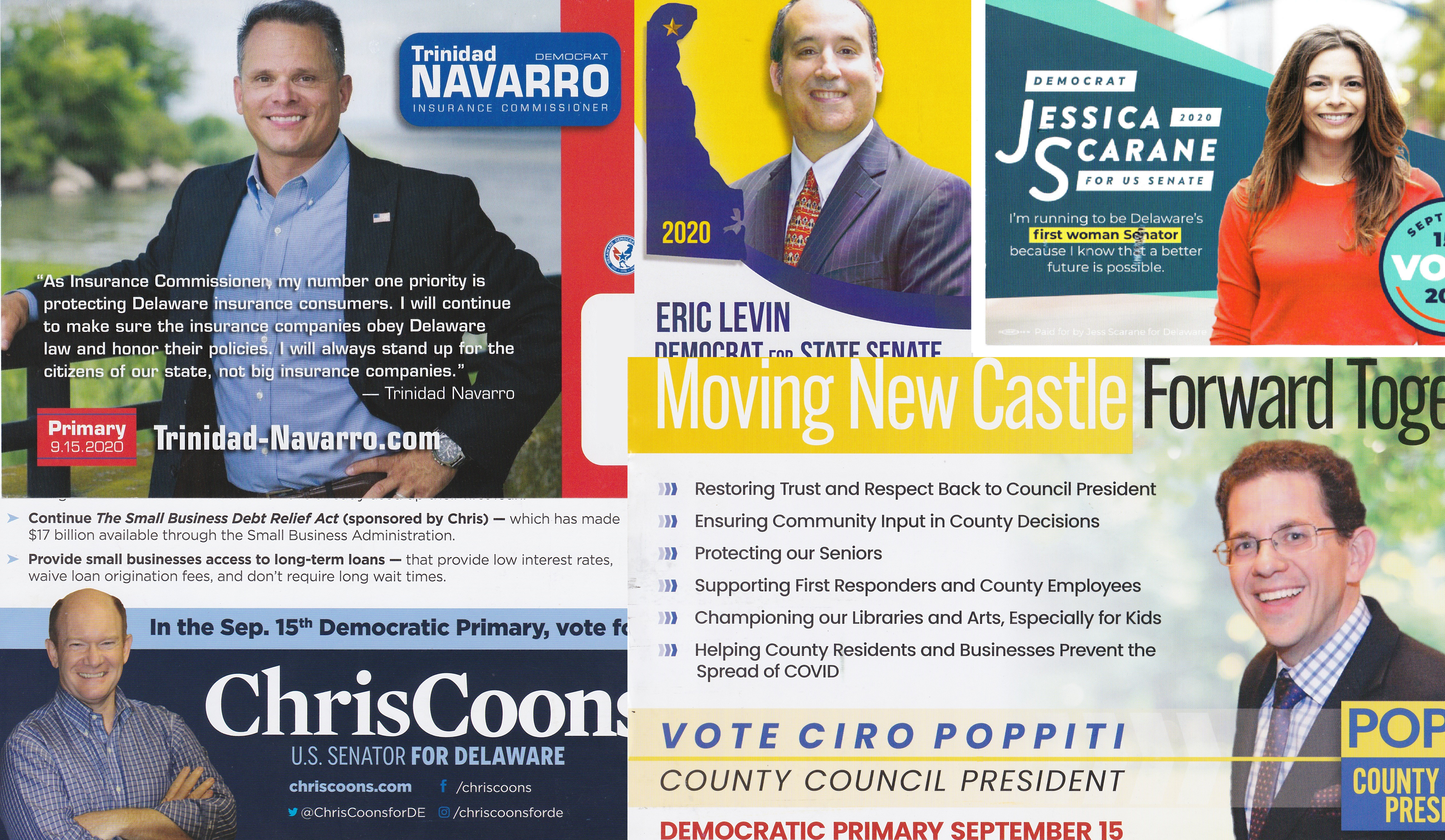 The Delaware Primary is on Tuesday September 15. Three weeks from today. The primary method of campaigning in Delaware during a pandemic that limits door knocking and group events has to be campaign mailers. So expect lots of them and soon, if you have not received them already.

I have received them already. Click on the images to fully expand them:

Democratic U.S. Senator Chris Coons is the run away Mailer Champion. I get a mailer a day from him:

1 comment on “The Primary Campaign Comes to the Mailbox”