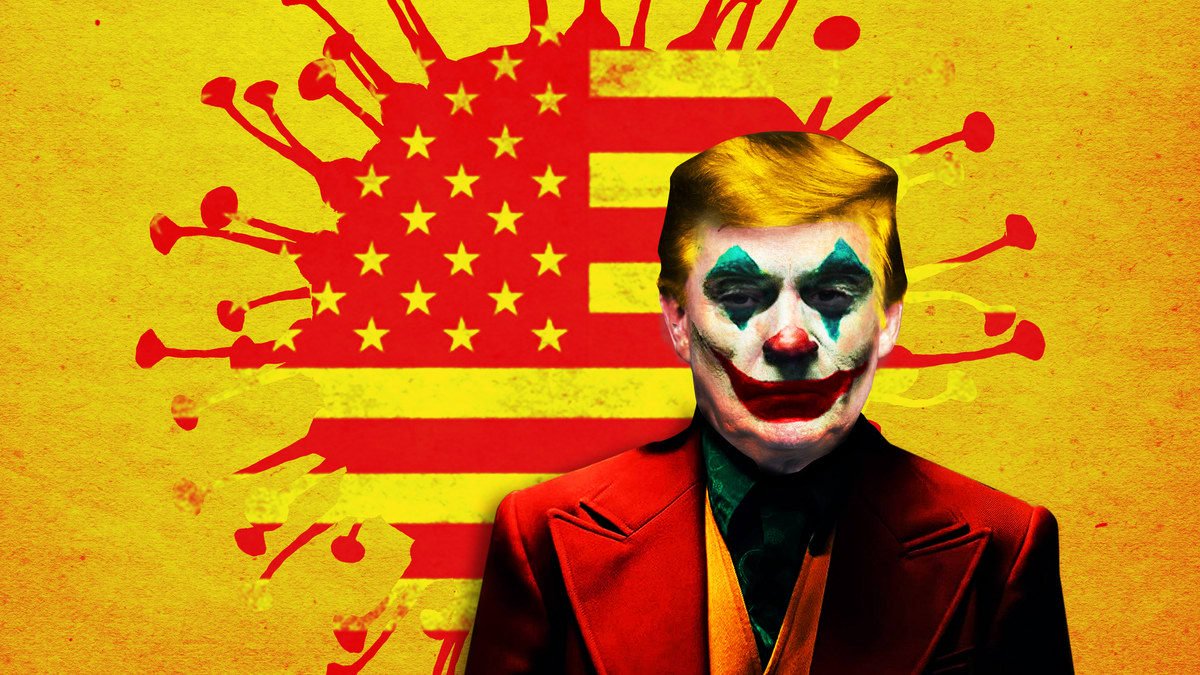 A new TargetSmart poll in Ohio finds Joe Biden just ahead of Donald Trump in the presidential race, 47% to 46%.

A new Democracy Corps survey in 16 battleground states finds Joe Biden leading Donald Trump by 10 points, 53% to 43%. I wish the poll had broken down the results among the states, but it does not seem to do so. So I am not sure how useful this poll is, but whatever.

“The race showed Democrats stable with a 6-point lead in the generic congressional and up a point to an 8 point margin in the big five Senate contests. That suggests Democrats could win full control in November.”

A new AP/NORC poll finds just 31% of Americans approve of President Trump’s leadership on the pandemic, a significant drop from 44% approval in March, when the virus began sweeping through the United States.

That’s caused Trump’s overall approval rating to sink to just 35%, down from 43% in March. The poll also finds that just 23% think the country is heading in the right direction, while 75% think it’s on the wrong path.

The Republican Party announced it will forego a platform.

Instead of drafting a document outlining the party’s beliefs and agenda, the Republican National Committee simply states that it agrees with everything Donald Trump has done and will do.

“He has been so intensely focused on all of the implications of coronavirus and the economic problems that he frankly had not thought about it. He had a checklist and this came up in late August. You end up with only so much brain space and adrenaline and that is what happened.” — Newt Gingrich, when asked by Politico why President Trump has not come up with a second term agenda.

“You know I don’t have a history of dodging questions. But I don’t know how to answer that. There is no consistent philosophy, You can’t say it’s about making America great again at a time of Covid and economic distress and social unrest. It’s just not credible… That’s the best I can do.” — GOP pollster Frank Luntz, quoted by Politico, when asked, “What do Republicans believe?”

President Trump chuckled after an audience member screamed “monkey”when the president ranted about President Barack Obama during his speech at the Republican National Convention in Charlotte.

President Trump arrived at the Republican National Convention in Charlotte to the chant by delegates of “Four more years!” Said Trump: “Now, if you really want to drive them crazy, you say 12 more years.” The crowd began chanting: “12 more years!”

Joe Biden’s presidential campaign is launching an ad Monday seizing on President Trump’s comments calling for a boycott of Goodyear tires that will play in the battleground states of Ohio and North Carolina — states the President won in 2016, CNN reports.

From the ad: “An American company with a 122-year history, thousands of American workers and competitors, all over the world and a sitting President who’s spinning out of control would risk American jobs to try to save his own.”

“Secretary of State Mike Pompeo will address the Republican National Convention from Jerusalem, spurring criticism that he is using his government office for political gain,” Haaretz reports.

“More than two-dozen former Republican members of Congress threw their support behind a ‘Republicans for Biden’ effort being launched Monday by the Democratic presidential nominee’s campaign to engage potential GOP supporters this November,” Fox News reports.

McCollister said Biden would be “a real president” and “not the disaster” that occupies the White House today.

“Trailing in the polls and struggling to find a message, President Trump is leveraging one of the most powerful assets he has left — his White House office — in service of his reelection bid, obliterating the lines between governing and campaigning and testing legal boundaries in ways that go well beyond his predecessors,” the Washington Post reports.

“The group is partnering with Priorities USA, the major Democratic super PAC that’s supporting Biden and attacking President Trump, on production and strategy. Everytown plans to spend $4 million in TV ads in the Orlando and Tampa markets and $2 million in statewide digital ads starting after Labor Day and running for five weeks.”

“The Trump campaign is going all in on digital advertising for the Republican National Convention, with plans to again take over the YouTube masthead and flood Facebook, Google and streaming services like Hulu with pro-Trump messaging,” Axios reports.

“The massive digital ad buy — which is in the high seven figures, according to the campaign — will complement the Trumpian production planned for each night of the convention this week.”

“The goal is to inundate Americans on TV and online throughout the convention.”

Wall Street Journal: “Since the pandemic has shelved his signature campaign rallies—a source of energy for the president and his supporters—the splashy displays of approval have helped buoy Mr. Trump’s spirits in recent weeks, aides said. Aides have tried to route the president’s motorcade past boat parades, and are considering having the president participate in one in the coming weeks.”

“The president has publicly praised the boat parades this summer, including twice during separate coronavirus news briefings, at a roundtable discussion on Venezuela, and while signing legislation to impose sanctions on Chinese officials. In private, Trump broaches the subject of boat parades himself, aides said, asking if they have seen the flotillas of his followers crowding waterways from the Great Lakes to the Gulf of Mexico.”

Ivanka Trump “has told friends that she’s looking forward to returning to New York and to her lifestyle brand,” the New York Times reports.

“But Trump Jr. does not want to go back to the way things were before. He has been electrified, and transformed, by his father’s presidency. He has largely given up the duties that go along with his title as an executive vice president of the Trump Organization in exchange for full-time politics.”

“Now, as he works to secure a second term for Trump this November, Trump Jr. is also thinking about his own political future. He is wagering that by going all in on his father’s presidency and the tribal passions it has unleashed, he can claim his own durable place in American politics — that whether his father leaves the White House in 2021 or 2025, the answer to what comes after Trump will be more Trump.”

Wolkoff plans on sharing the First Lady’s comments about her family in her forthcoming book Melania and Me: The Rise and Fall of My Friendship with The First Lady which will be published on September 1.

President Trump’s plan to sue Pennsylvania in federal court to determine how the state conducts mail-in voting has been effectively shut down by a US district court judge, CNN reports.

Washington Post: “More than 540,000 mail ballots were rejected during primaries across 23 states this year — nearly a quarter in key battlegrounds for the fall — illustrating how missed delivery deadlines, inadvertent mistakes and uneven enforcement of the rules could disenfranchise voters and affect the outcome of the presidential election.”

“The rates of rejection, which in some states exceeded those of other recent elections, could make a difference in the fall if the White House contest is decided by a close margin, as it was in 2016, when Donald Trump won Michigan, Pennsylvania and Wisconsin by roughly 80,000 votes.”