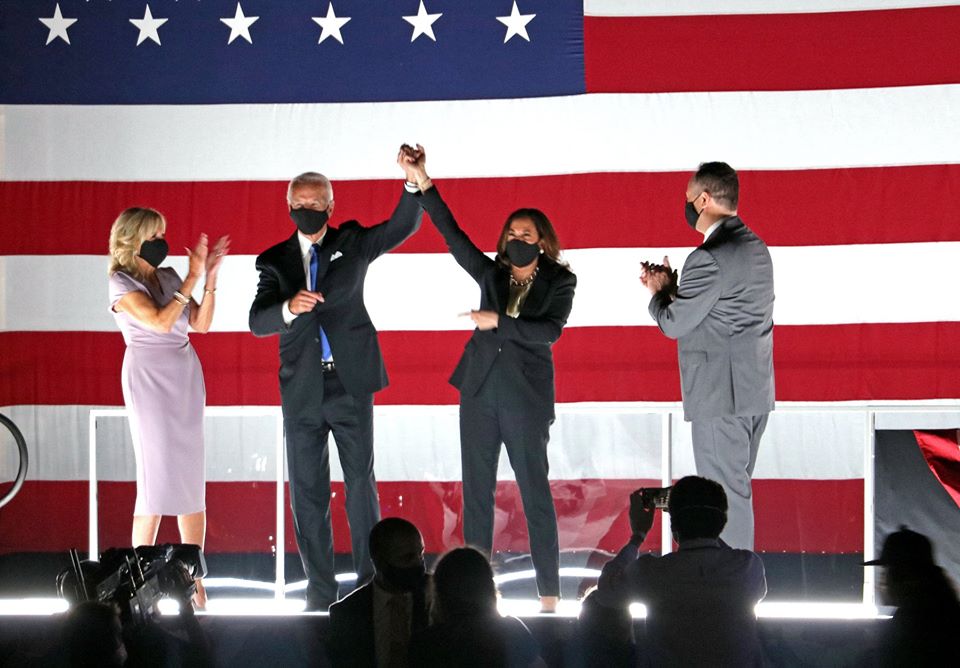 A new Gallup poll finds Americans’ satisfaction with the way things are going in the U.S. remains at the nine-year low recorded in July, with just 13% feeling satisfied.

President Trump’s response to Joe Biden’s acceptance speech was surprisingly subdued and succinct. Tweeted Trump: “In 47 years, Joe did none of the things of which he now speaks. He will never change, just words!”

This was a sharp contrast to the flurry of all-caps tweets he unleashed as former President Barack Obama and Sen. Kamala Harris spoke the previous night. I wonder what the difference could be between Joe Biden and Obama and Harris. I wonder…..

Democratic pollster Geoff Garin made an interesting observation after the Democratic convention ended last night: “Remember, there was no model for a virtual convention. The DNC didn’t just have to fly the plane while building it, they had to invent the plane. This was a brilliant undertaking that will change conventions forever.” Many parts of the virtual convention are likely here to stay forever. The Roll Call of the States from the actual states and territories themselves is a keeper, and so are lots of prerecorded speeches. I still prefer live acceptance speeches in front of large crowds with balloon drops.

The Independent has audio of Donald Trump meeting with Black leaders just days before his inauguration where he boasted of receiving more African-American votes than the two previous GOP presidential candidates — while also benefiting from some Black people not voting at all.

Said Trump: “I got many more votes than Romney, many more votes than McCain… we ended up with 11 per cent… and I’ll tell you, it’s much more if you add — many blacks didn’t go out to vote for Hillary because they liked me — that was almost as good as getting the vote.”

President Trump threatened to send “sheriffs” and “law enforcement” to polling places on election day to guard against voter fraud—even though he lacks the authority to do so, CNN reports.

“As President Trump seizes the national spotlight next week for the Republican convention, Joe Biden’s campaign and other top Democrats are planning to mount an aggressive counter-effort to showcase the stark contrast between the two men and the two campaigns,” the Washington Post reports.

“Democrats are preparing to release videos each day highlighting what they view as Trump’s biggest failures.”

Kanye West will not appear on the ballot in Ohio as an independent candidate for president due to “mismatched paperwork,” the Cincinnati Enquirer reports.

Rush Limbaugh falsely claimed Joe Biden’s DNC acceptance speech was so well-delivered because it was actually pre-taped and edited together for broadcast, Mediaite reports.

Said Limbaugh: “Now the assumption I think that everybody had going in was he was live because we didn’t hear anything else. And the time came for the speech to happen, the lights went down or came up whatever and here comes Biden and starts the speech. Some people are of the opinion that it had to be tape. And that it had to be taped in segments and the segments had to be edited together because plugs is not capable of 22 minutes even reading a prompter with no screw-ups, this is the prevailing theory.”

However, ABC News reports there were roughly three-dozen reporters present — along with TV camera crews and Secret Service agents — to watch the speech live.

Should Joe Biden win the presidency, California Gov. Gavin Newsom (D) will appoint a replacement for Sen. Kamala Harris (D) to serve the remaining two years of her term.

“President Trump’s campaign, the Republican Party and two affiliated committees, have spent more than $1 billion since 2017, a record-breaking sum spent toward a reelection effort at this point in the presidential campaign,” the Washington Post reports.

“Trump has raised and spent money for his reelection since 2017, earlier in his term than previous presidents. At this point in 2012, former president Barack Obama’s reelection effort, including the Democratic National Committee, had spent about $643 million, federal records show.”

Brian Lowry: “Although there was considerable debate Thursday night about Julia Louis-Dreyfus making jokes at Trump’s expense, watching Biden’s speech – in which he never mentioned the president by name – made clear that was a calculated move: Let someone else jab at Trump, while allowing Biden to be statesmanlike.”

“You can question the extent to which the material worked, but like everything else about this convention, it was thought about and planned. Either way, it was one of those stories with a shelf life of about two hours.”

Charlie Sykes and Tim Miller have an interesting discussion on the Bulwark Podcast about the Democratic convention.

Tim Miller: “I wanted to share one thing that we discussed after the show was over. Both of us we were caught off guard by how emotionally attached we were last night to this candidacy. We had sort of expected to feel this reluctant, begrudging support for the Democratic nominee, to have been left in a tough spot between one normal bad choice and one existentially bad one. But that isn’t what happened. Joe Biden has me energized. And frankly, that he has both Charlie and I reflecting on whether maybe in the past we were just…in the wrong…”

“Bush has largely stayed out of the political fray since he left the White House in 2009, and his endorsement is a welcome boost for Collins, who is waging her most difficult campaign yet as she seeks a fifth term.”