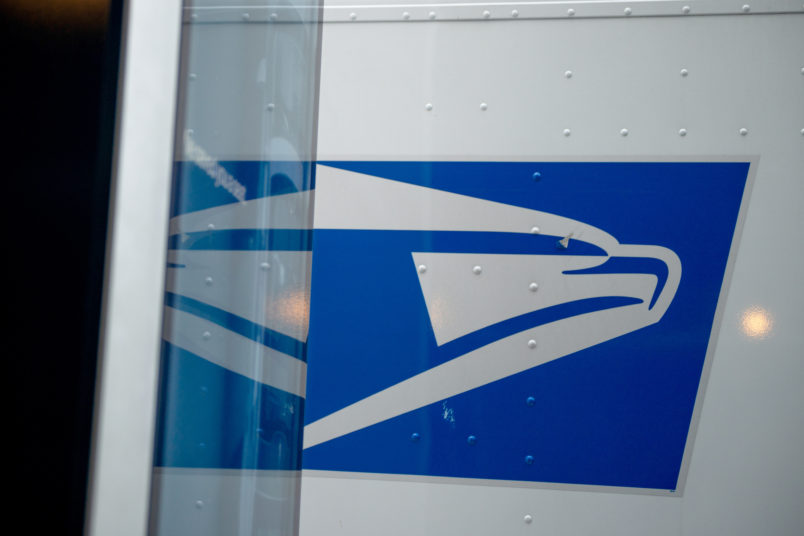 Said Pelosi: “The Postmaster General frankly admitted that he had no intention of replacing the sorting machines, blue mailboxes and other key mail infrastructure that have been removed and that plans for adequate overtime, which is critical for the timely delivery of mail, are not in the works.”

She added: “All of these changes directly jeopardize the election and disproportionately threaten to disenfranchise voters in communities of color.”

“Why are Republicans allowing the Democrats to have ridiculous Post Office hearings on Saturday & Monday, just before and during our Convention. Let them hold them NOW (during their Convention) or after our Convention is over. Always playing right into their hands!”

President Trump called for a boycott of Goodyear after they announced a ban on employees wearing clothing with political slogans, such as “Make America Great Again” hats.

Sen. Sherrod Brown (D-OH) fired back: “It is despicable when a President of the United States thinks it is appropriate to, to call for a boycott of a US company where there are thousands and thousands of American workers employed.”

The company employs more than 60,000 people in Ohio, a battleground state.

Said Taylor: “One time before we went down he told us, not only did he want to purchase Greenland, he actually said he wanted to see if we could sell Puerto Rico, could we swap Puerto Rico for Greenland, because, in his words, Puerto Rico was dirty and the people were poor.”

“Facebook said on Wednesday that it had removed 790 QAnon groups from its site and was restricting another 1,950 groups, 440 pages and more than 10,000 Instagram accounts related to the right-wing conspiracy theory, in the social network’s most sweeping action against the fast-growing movement,” the New York Times reports.

“Facebook’s takedown followed record growth of QAnon groups on the site, much of it since the coronavirus pandemic began in March.”

“Andrew Weissmann, one of the lead prosecutors on special counsel Robert Mueller’s team and the architect of the case against Trump campaign chairman Paul Manafort, said there is ‘definitely new information’ in the final volume of the Senate Intelligence Committee’s report on 2016 Russian interference released Tuesday,” Axios reports.

“It underscores the degree to which the 996-page report goes further than the Mueller investigation in some of its findings, as well as the explosive nature of some of the revelations about Manafort and other top Trump campaign officials.”

REPORTER: Is the President saying if he doesn’t win this election that he will not accept the results unless he wins?

MCENANY: The President has always said he’ll see what happens and make a determination in the aftermath.

The U.S. Supreme Court will hear arguments on overturning the Affordable Care Act on November 10, a week after the election, Bloomberg reports.

Ron Brownstein: “Trump has committed the GOP to a strategy of squeezing bigger margins from a shrinking share of the electorate, while systematically alienating the growing groups that Democrats are highlighting this week. He may still be able to squeeze out another Electoral College victory even if he almost certainly loses the popular vote. But even that pathway is not realistic, strategists on both sides acknowledge, unless he can significantly cut his current popular-vote deficit.”

A new YouGov poll finds just 24% of Americans think President Trump’s pardon of Susan B. Anthony was genuine, while 54% think it was pandering.

Jared Kushner told CNN that the U.S. death toll from the coronavirus has been a success story and that Trump administration officials have “done our best.”

A new CNN poll finds 69% of Americans say the U.S. response to the coronavirus outbreak makes them feel embarrassed.

“And Americans are angry. About 8 in 10 say they are at least somewhat angry about the way things are going in the country today, including an astonishing 51% who say they are very angry.”

“President Trump’s reelection campaign sued New Jersey Tuesday over the state’s decision to use a hybrid voting model for November’s election in which all residents will be mailed a ballot, leaving it up to them to decide if they would like to vote by mail or in person,” CNN reports.

Laura Loomer (R), a right-wing activist known for headline-grabbing stunts after getting kicked off social media platforms, won a Florida GOP primary on Tuesday — and then was quickly congratulated by President Trump, the Washington Post reports.

Trump’s public support for a candidate who once called herself a #ProudIslamophobe, has called Muslims “savages,” and has contributed to conspiracy site Infowars drew quick backlash from some critics.

“A senior ally of Chinese leader Xi Jinping called for a Mao-style purge of China’s domestic-security apparatus last month, saying it was time to ‘turn the blade inwards and scrape the poison off the bone,’” the Wall Street Journal reports.

“Within the first week after the call to action, Communist Party enforcers had launched investigations into at least 21 police and judicial officials.”

“The effect of the new national-security law that China imposed on Hong Kong is extending far beyond the territory to American college campuses,” the Wall Street Journal reports.

“Classes at some elite universities will carry a warning label this fall: This course may cover material considered politically sensitive by China. And schools are weighing measures to try to shield students and faculty from prosecution by Chinese authorities.”

Just six years after Scotland voted No to independence, opinion polls suggest that if a second referendum on the issue was held, a majority would now back leaving the UK, the Financial Times reports.