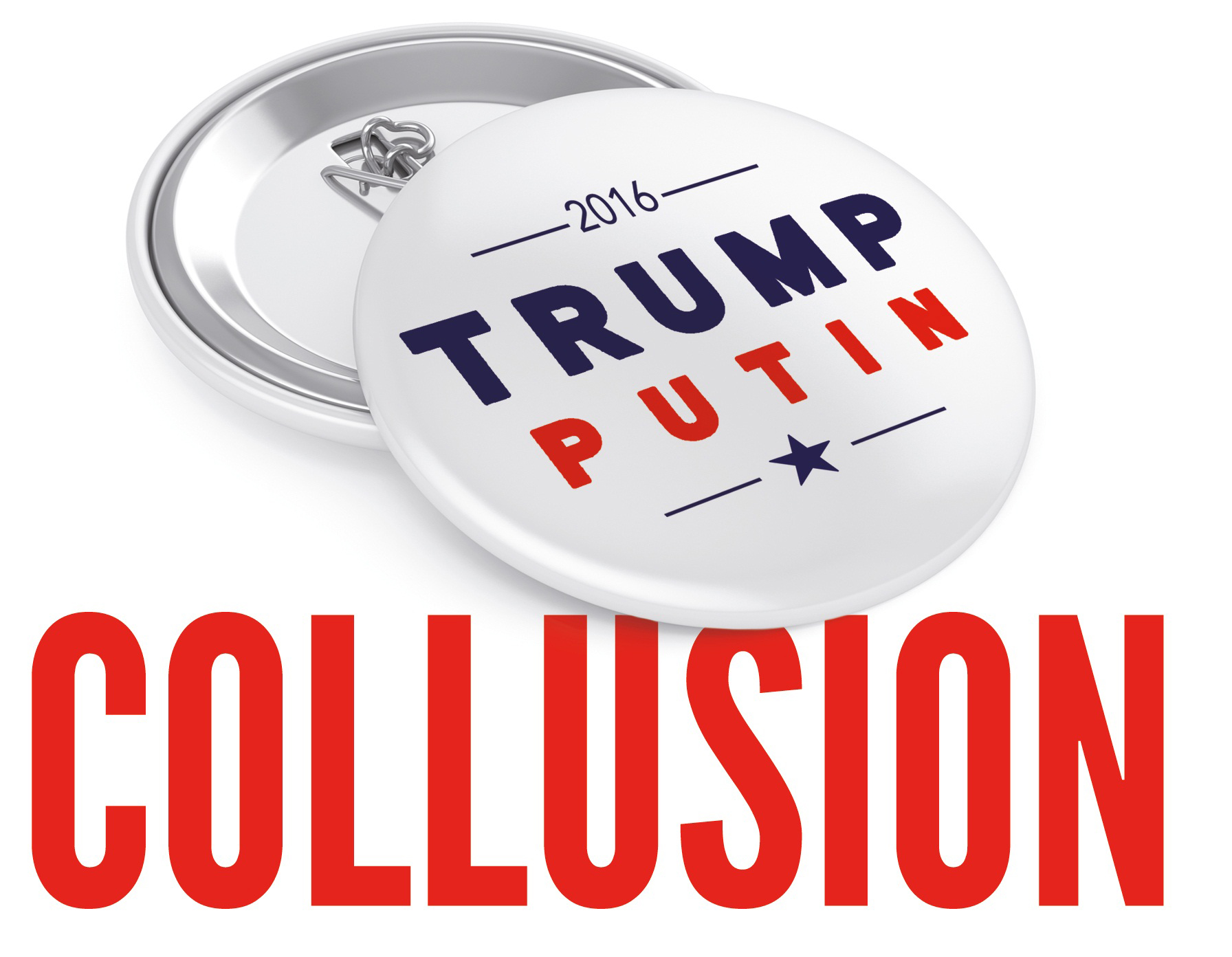 The Senate Intelligence Committee released its fifth and final report on Russia’s “aggressive, multifaceted effort” to interfere in the 2016 presidential election.

This seems particularly damning: “Manafort hired and worked increasingly closely with a Russian national, Konstantin Kilimnik. Kilimnik is a Russian intelligence officer. Kilimnik became an integral part of Manafort’s operations in Ukraine and Russia, serving as Manafort’s primary liaison to Deripaska and eventually managing Manafort’s office in Kyiv. Kilimnik and Manafort formed a close and lasting relationship that endured to the 2016 U.S. elections. and beyond.”

Axios: “On numerous occasions, Manafort sought to pass sensitive internal polling data and campaign strategy to Kilimnik. The committee was unable to determine why or what Kilimnik did with that information. The committee did, however, obtain ‘some information’ suggesting Kilimnik ‘may have been connected’ to Russia’s hacking and leaking of Democratic emails.”

The final Senate Intelligence Committee report on Russian interference in the 2016 election has some damning details about the day the infamous Access Hollywood tape was released, Politico reports.

The Trump campaign team knew about the tape an hour before its release. Roger Stone then told Jerome Corsi to get Julian Assange at Wikileaks to “drop the Podesta emails immediately.”

WikiLeaks did so about 30 minutes after the tape was published.

The final Senate Intelligence Committee report on Russian interference in the 2016 election confirms that Donald Trump and his campaign operatives solicited, welcomed and benefited from Russian assistance. The report also detailed extensive evidence of contacts between Trump campaign operatives and people tied to the Kremlin.

Also incriminating are the fact that two people who met at Trump Tower in 2016 with Manafort, Jared Kushner and Donald Trump Jr. had “significant connections to Russian government, including the Russian intelligence services.” The report concluded that the connections between the Russian government and one of the individuals “were far more extensive and concerning than what had been publicly known.”

Finally, the report details Roger Stone’s efforts to use illegally-hacked information from Wikileaks to distract from the release of the Access Hollywood tape in the final weeks of the election.

For whatever reason, prosecutors in the Mueller investigation determined that there wasn’t sufficient evidence to charge anyone with a crime directly related to the conspiracy.

But that doesn’t change the facts that there was clear and willing collusion between the Trump campaign and Russia to influence the 2016 election. That was — and continues to be — a national disgrace.

The Republican and Democratic chairmen of the Senate Intelligence Committee made criminal referrals of Donald Trump Jr., Jared Kushner, Steve Bannon, Erik Prince and Sam Clovis to federal prosecutors in 2019, passing along their suspicions that the men may have misled the committee during their testimony, NBC News reports.

Included in the Senate Intelligence Committee report was a 2007 letter from Donald Trump to Russian president Vladimir Putin.

“Calling it ‘unworkable,; they said in a letter Tuesday to Treasury Secretary Steven Mnuchin that it risks saddling their workers with large postponed tax bills they could have trouble paying back.”

“Mr. DeJoy also said the agency won’t change retail hours at post offices across the country or close any mail-sorting facilities. He said overtime hours will continue to be approved as needed to process mail.”

From a statement: “To avoid even the appearance of any impact on election mail, I am suspending these initiatives until after the election is concluded.”

“It will be DeJoy’s first opportunity to publicly answer lawmakers’ questions about the nation’s embattled mail service, which is experiencing delays as a result of policies DeJoy implemented cutting overtime and eliminating extra trips to ensure on-time mail delivery.”

“DeJoy and USPS board of governors Chairman Robert Duncan are also set to testify before the House Oversight Committee on Monday.”

“At least 20 states plan to file lawsuits this week against the U.S. Postal Service and its new postmaster, Louis DeJoy, seeking to reverse service changes that have prompted widespread reports of delays and accusations of an intentional effort to thwart voters from mailing their ballots this fall,” the Washington Post reports.

“The suits, expected to be filed in federal court imminently, will argue that the Postal Service broke the law by making operational changes without first seeking approval from the Postal Regulatory Commission. They will also argue that the changes will impede states’ ability to run free and fair elections.”

CNBC: GOP and Trump ties run deep on the U.S. Postal Service’s board of governors.

“Out-of-work Americans may see only a three-week boost to their unemployment benefits, as state and federal officials scramble to stretch out a limited pot of money and implement President Trump’s recent policy order,” the Washington Post reports.

“The Trump administration offered the new details about its directive Monday, pledging additional aid would reach workers in a matter of weeks — even as its guidance quickly rekindled criticism that the White House’s actions alone are insufficient to help people weather the economic crisis wrought by the pandemic.”

Politico: “Longtime Trump confidant Roger Stone has unexpectedly dropped the appeal of his seven federal felony convictions for seeking to thwart a House investigation into ties between the Trump campaign and Russia. Stone’s lawyers submitted a notice to the D.C. Circuit Court of Appeals withdrawing the appeal Monday night, about a month after Trump spared Stone a 40-month prison term and a $20,000 fine by commuting his sentence.”

President Trump said that his 2017 decision to move the US embassy to Jerusalem and recognize the city as the capital of Israel was done for evangelical Christians, the Times of Israel reports.

Said Trump: “And we moved the capital of Israel to Jerusalem. That’s for the evangelicals.”

He added: “You know, it’s amazing with that — the evangelicals are more excited by that than Jewish people. That’s right, it’s incredible.”

President Trump on Twitter: “Looking back into history, the response by the ObamaBiden team to the H1N1 Swine Flu was considered a weak and pathetic one. Check out the polling, it’s really bad.”

Here’s Gallup from April 2009: “Americans give the Obama administration high marks for its handling so far of the continuing spread of swine flu, or H1N1 virus, in the United States… 66% of Americans say they approve of how the administration is handling the situation, while 16% disapprove and 17% have no opinion.”

President Trump announced he’ll pardon Susan B. Anthony, who was arrested for voting in 1872 in violation of laws permitting only men to vote, the AP reports.

New York Times: “The pardon appeared to be an effort to distract from the Democratic National Convention and narrow the historically large gender gap that has him trailing Joe Biden in the White House race.”

President Trump at a mini-rally yesterday: “We are going to win four more years. And then after that we’ll go for another four years, because they spied on my campaign. We should get a redo of four years.”

Multiple sources told the Daily Beast “that when Democratic officials met with various broadcast network executives about their convention coverage plans, the executives stressed that they could not broadcast two hours each night in part because they then would have to give the same airtime to Trump, and all the wild unpredictability that might entail from an editorial perspective.”

“While the Democrats decided months ago that their national convention would be a virtual event, it wasn’t until July 23… that the GOP followed suit. The result was that the Democrats provided the networks with a detailed schedule of speakers and videos while the Republicans’ convention schedule is still a moving target.”

“Executives at multiple networks told The Daily Beast privately that they were still almost completely in the dark about basic details of next week’s RNC, including its format and its roster of speakers.”