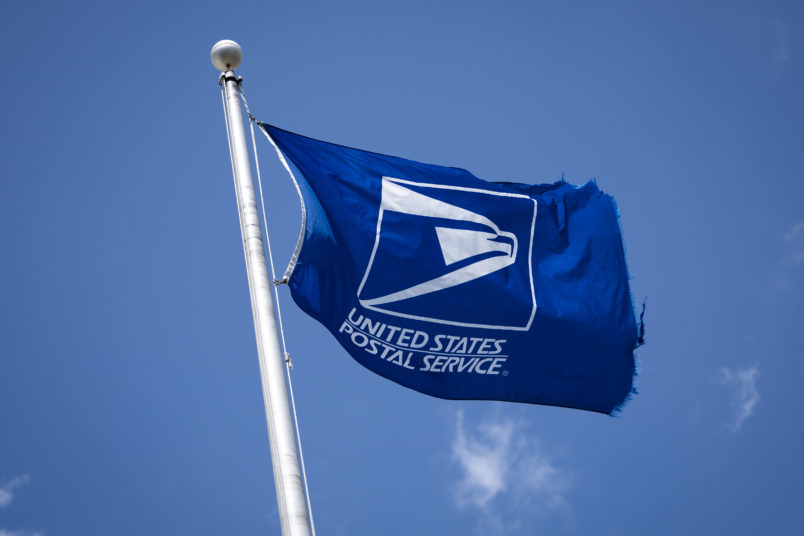 Speaker Nancy Pelosi told Democrats that the House will be called back from August recess — likely on Saturday, Axios is told — to act to “save the Postal Service.”

In a “Dear Democratic Colleague” letter, Pelosi said: “Alarmingly, across the nation, we see the devastating effects of the President’s campaign to sabotage the election by manipulating the Postal Service to disenfranchise voters.”

“Postmaster General Louis DeJoy has agreed to House Democrats’ request for him to testify next week about his controversial Postal Service changes that have raised hackles around the nation,” Politico reports.

A group of Democratic senators sent the U.S. Postal Service Board of Governors a letter on Monday urging the officials to roll back Postmaster General Louis DeJoy’s sweeping procedural changes at the USPS, which have set off a crisis in recent days.

“Mr. DeJoy appears to be engaged in a partisan effort, with the support of President Trump, to delay and degrade mail service and undermine the mission of the United States Postal Service,” the senators wrote. “You have the responsibility to reverse those changes and the authority to do so.”

“The Trump administration is set to open the Arctic National Wildlife Refuge in Alaska to oil drilling for the first time, making it difficult to unwind the decision should Democrats recapture the White House in November,” the Wall Street Journal reports.

President Trump retweeted Russian propaganda about Joe Biden that the US intelligence community recently announced was part of Moscow’s ongoing effort to “denigrate” the Democrat ahead of November’s election, CNN reports.

By retweeting material that the US government has already labeled as propaganda, Trump demonstrated once again that he is willing to capitalize on foreign election meddling for his own political gain.

Dr. Deborah Birx told CNN that she wishes the United States had more stringent lockdown measures in place at the beginning of the pandemic, like they had in Italy.

New York Times: “The current levels of infection are so remarkable that they have surprised state and city officials: Around 1 percent of the roughly 30,000 tests each day in the city are positive for the virus. In Los Angeles, it’s 7 percent, while it’s 13 percent in Miami-Dade County and around 15 percent in Houston.”

“The virus is simply no longer as present in New York as it once was, epidemiologists and public health officials said.”

“A select group of officials have grown increasingly frustrated with Deputy National Security Adviser Matt Pottinger—for putting on a mask shortly after the coronavirus outbreak was declared a pandemic,” the Daily Beastreports.

“Months later, these senior officials still trash Pottinger behind closed doors for his decision to wear a mask at a time when their boss, President Donald Trump, and other senior administration officials chose to avoid wearing face coverings… Some of those close to Trump viewed Pottinger’s mask-wearing as an indication that the deputy national security adviser was publicly challenging the president.”

New York Times: “That it is not normal for a president to employ transparently racist and sexist attacks. Or pressure his attorney general to prosecute his foes with an election looming. Or resist money for the Postal Service in order to stop people from voting by mail. Or embrace a conspiracy theorist running for Congress. Or condemn American cities to ‘rot.’”

“President Trump, of course, long ago redefined what constitutes normal in the White House, but with 77 days left in a campaign that polls show he is losing, he is pushing all the boundaries at once. At the same time the champion of birtherism is again scraping the raw edges of America’s divisions over race, gender and national origin, he is propelling fringe ideas into mainstream conversation. And now, running as the incumbent, he has levers of power available to help salvage a flagging campaign.”

“Yet what once would have caused jaws to drop barely seems to register for long at this point because it is so quickly overshadowed by the next norm-busting statement or action.”

“New Zealand delayed a national election by about a month after a coronavirus outbreak in its largest city of Auckland put a third of voters into lockdown,” the Wall Street Journal reports.

“The election, which was expected to be dominated by debate over the government’s response to the pandemic, will now be held on Oct. 17, Prime Minister Jacinda Ardern said Monday.”

Associated Press: “The outbreak in the nation’s largest city has grown to 58 infections.”

US intelligence agencies assessed that Iran offered bounties to Taliban fighters for targeting American and coalition troops in Afghanistan, identifying payments linked to at least six attacks carried out by the militant group just last year alone, including a suicide bombing at a US air base in December, CNN reports.

President Trump commented on Fox & Friends about the death of his brother Robert: “He was my friend. I guess they say best friend, and that’s true.”

He went on to say: “There was no jealousy. You know a lot of time in families, I hate to say it but there’s jealousy, especially among children and among children that are competitive children… there was not an ounce of jealousy.”

He added: “He was my biggest fan.”

“The presidential election is three months away, but some traders are preparing for the possibility that prolonged political uncertainty will stoke stock-market mayhem,” the Wall Street Journal reports.

“The investors are going beyond the normal hedging ahead of a potential change in power in Washington. Instead they are betting on volatility and a possible market tumble later in the year. Among the concerns expressed by some: speculation that President Trump could try to delay the election or disrupt mail-in voting, as well as the chance that a result remains unclear for weeks after polls close.”

“To the alarm of some government health officials, President Trump has expressed enthusiasm for the Food and Drug Administration to approve an extract from the oleander plant as a dietary supplement to cure COVID-19, despite lack of proof that it works,” Axios reports.

Said a senior official: “The involvement of the Secretary of HUD and MyPillow.com in pushing a dubious product at the highest levels should give Americans no comfort at night about their health and safety during a raging pandemic.”

Melania Trump has once again been caught on camera appearing to brush off attempts by her husband Donald to hold her hand.

“A powerful Republican central to the president’s 2020 reelection bid was part of a more concerted effort than previously known to remove him from the ballot in 2016,” Business Insider reports.

“The maneuvers of Katie Walsh and, to a lesser degree, her husband, Mike Shields, have been discussed quietly among some of President Trump’s closest advisers for years. They have both served in powerful posts, including in the White House and the Republican National Committee. Some of those advisers have debated whether the two actually want to help the president or whether they simply want to cash in on their access to Trump.”