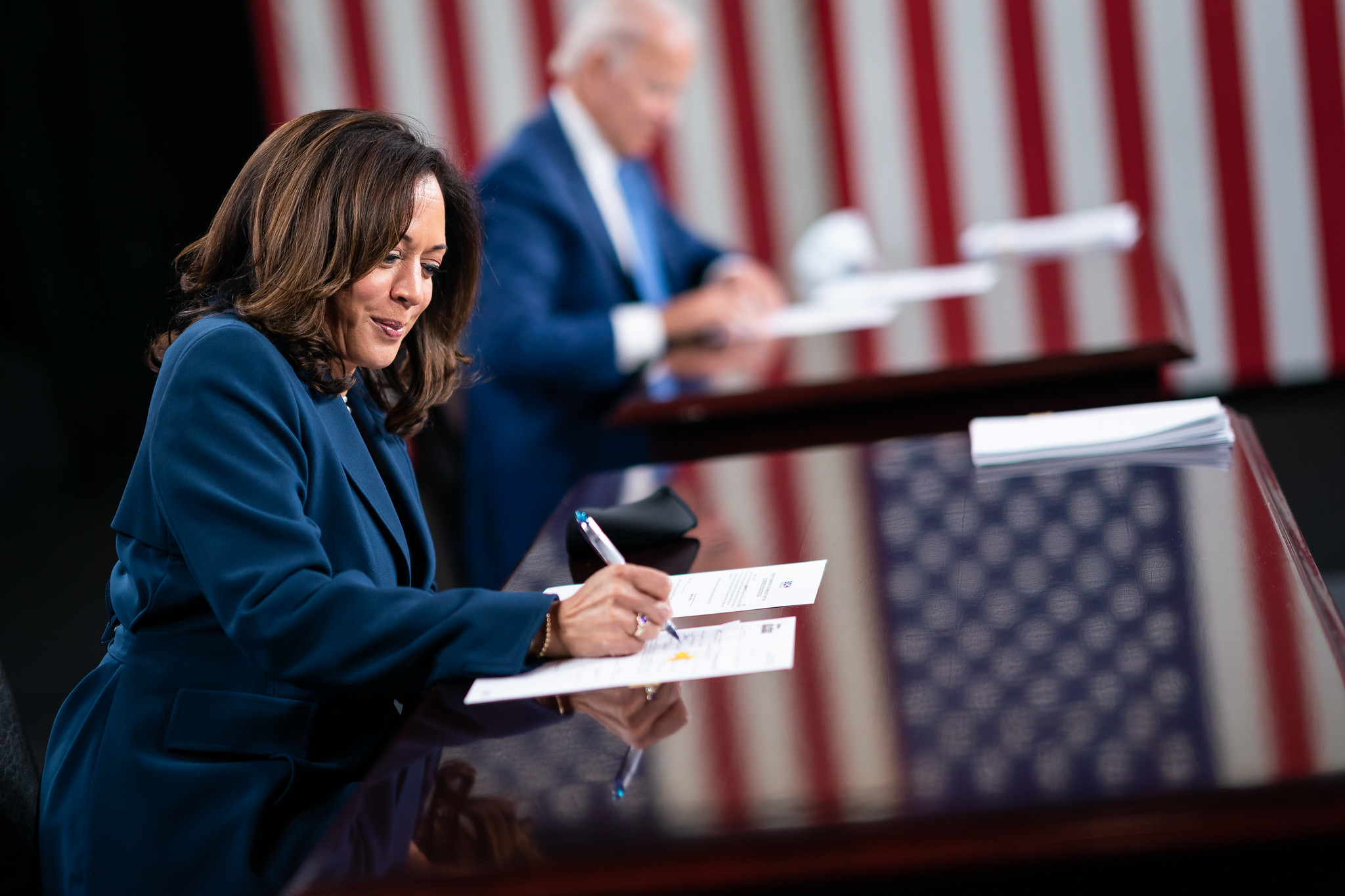 “Democrats say that President Trump’s assault on the U.S. Postal Service has handed them a new political message in the 2020 election, with a chance to make inroads with constituencies who have long favored Republicans,” the Washington Post reports.

“Those most affected by reports of slowdowns in delivery services include veterans, senior citizens and rural residents who have long voted Republican, arming Democratic challengers and incumbents with a salient campaign issue. Democrats are already blanketing the airwaves, latching on to the opportunity to highlight support for an institution that has a 91 percent approval rating.”

Meanwhile, Trump has cocooned himself in the White House. Gabriel Sherman: “As Trump blasts Biden’s age and absence from the trail, Trump campaign staffers are privately frustrated that the president is refusing to get out there himself. Since his disastrous and sparsely attended Tulsa rally in June, Trump has largely cocooned himself inside the White House, leaving only for a few public events and visits to his private clubs.”

Said one GOP source: “Trump has told the campaign he only wants to do one or two events a week. They keep putting ideas in front of him, and he is telling them ‘no.’” “One Republican close to the West Wing speculated that Trump doesn’t like doing small events like factory visits because they promote other people’s companies.”

He is apparently depressed because he though Biden would pick Karen Bass. President Trump didn’t expect Joe Biden to pick Kamala Harris as his running mate, Vanity Fair reports. Said one Republican briefed on Trump’s thinking: “He thought Biden would choose Karen Bass.”

“Trump’s view, according to sources close to the White House, was that Biden would prefer a candidate with Bass’s low national profile and one who wouldn’t outshine him.”

FiveThirtyEight has a state-by-state guide to voting during the pandemic.

A new Pew Research poll finds 56% of Joe Biden’s supporters said his main asset is that he isn’t Donald Trump, while only 19% of Trump supporters said they were primarily voting against Biden.

“This is very different from the 2016 presidential campaign, when opposition to the other candidate was among the top reasons given by supporters of both Trump and Hillary Clinton for their voting decisions.”

Nate Silver: “While Trump still has decent winning chances (27% in our model), there’s also about a 33% chance that he suffers the biggest popular vote loss for an incumbent since Hoover (exceeding Carter in 1980). The uncertainty runs in both directions.”

Sen. Cory Gardner (R-CO) is running a new Facebook ad, touting his close relationship with President Trump — but it’s only targeted to voters outside of Colorado, the HuffPost reports.

The Cook Political Report shifted its ratings in 15 more House districts, including 11 moves towards Democrats and four towards Republicans. They now forecast a Democratic net gain between zero and ten seats.

A new ad from the Lincoln Project used the words of some of Donald Trump’s former employees and Cabinet members against him.

“I don’t want to scare people, but I want you to be prepared. I have every reason to believe that Trump is not going to go, you know, silently into the night if he loses. He’s going to try to confuse us, he’s going to try to bring all kinds of lawsuits, he’s got his crony Attorney General Barr ready to do whatever is necessary.”

— Hillary Clinton, quoted by The Hill.

“President Trump will be featured each day of the Republican National Convention, say officials involved in planning it, a departure from previous nominating events when candidates were showcased on the final night,” the Wall Street Journal reports.

“House Minority Leader Kevin McCarthy (R-CA) said that Republicans do not support withholding funding from the U.S. Postal Service and, in a break with Trump, urged voters to cast ballots by mail,” the Washington Post reports.

Said McCarthy: “The Postal Service will have the funding that it needs. We will make sure of that. We want to make sure we have an accurate election. I think any Republican that gets their ballot in the mail should vote and make sure their vote is counted.”

When asked if the American people will have a free, fair and credible election in November, Speaker Nancy Pelosi told NBC News: “Not if the president has anything to do with it.”

She also called the actions of the Trump administration “a domestic assault on our Constitution.”

Rahm Emanuel, former Chicago mayor and White House chief of staff, writes in the Wall Street Journal that “this campaign looks like a repeat of 1980” because Democrats “have an opportunity to chisel off a demographic that will come to be known as Biden Republicans.”

“Democrats have the chance to achieve a generational transformation. Beyond broadening the coalition to include moderate voters who oppose President Trump, we could deepen our base by turning disaffected Republicans into Democrats.”

“The question is whether Democrats will let these voters migrate back to the GOP after November, or whether our party will become their permanent safe harbor.”

Dan Lavey, who has advised and run campaigns for leading Oregon Republican candidates, explained on Facebook that he left the Republican Party two years ago because of his “disgust over the character and policy choices of Donald Trump.”

Wrote Lavey: “I’m angry and sad about what has happened to the political party I’ve supported since before I was old enough to even vote. It’s no longer a conservative party committed to a better America for all Americans. It’s Trump’s Party—riddled with conspiracy theories, racism, sexism and intolerance. It’s anti-intellectual and anti-science. It’s corrupt to the core. Trump must be defeated and in a big way.”

“The Trump campaign is launching an aggressive four-day digital advertising campaign that will take over some of the internet’s most conspicuous real estate during the three marquee days of the Democratic National Convention, which most viewers will watch online,” the New York Times reports.

“Adhering to the president’s penchant for focusing attention on himself during major Democratic events, the Trump campaign will be taking over the banner of YouTube for 96 hours starting on Tuesday, the second day of the convention, an expensive and far-reaching digital gambit.”

“The campaign will also blanket the home pages of The Wall Street Journal, The Washington Post and FoxNews.com with Trump campaign ads.”

Harry Enten: “First, convention bounces have been getting smaller over the last few decades. Since 2004, the average convention bounce has been just 2 points. Some years, it’s been even less. Compare that to the 1968 to 2000 period. According to Geoffrey Skelley at FiveThirtyEight, the average bounce during that 32-year period was a little less than 7 points.”

“Second, the race for president this year has been incredibly stable. Biden’s lead has almost consistently been within a few points of 6 points. It’s never gotten higher than 10 points in the average and never below 4 points.”

The International Association of Chiefs of Police “asked for each candidate’s views on nine specific areas of crime or other issues that impact law enforcement, and the solutions they planned to provide. The chiefs asked how they would address violent crime, violence against women, hate crimes, homegrown violent extremism, opioid abuse and traffic safety,” the Washington Post reports.

“Trump did not respond to the nine issues and provided no explanation.”