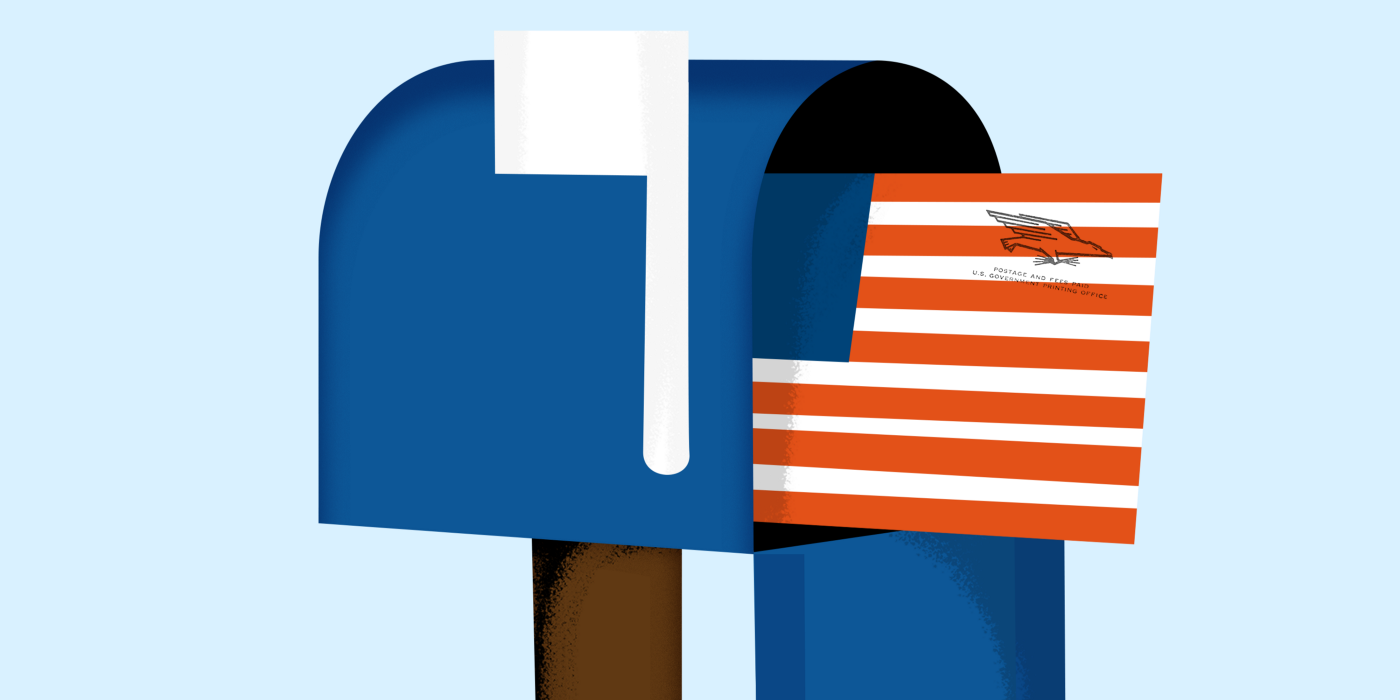 “The United States Postal Service is removing mail sorting machines from facilities around the country without any official explanation or reason given, Motherboard has learned through interviews with postal workers and union officials.”

“In many cases, these are the same machines that would be tasked with sorting ballots, calling into question promises made by Postmaster General Louis DeJoy that the USPS has ‘ample capacity’ to handle the predicted surge in mail-in ballots.”

Ronald Stroman, who stepped down earlier this year as the second in command at the U.S. Postal Service, warned that recent changes at the agency, now led by a Trump ally, could “disenfranchise” voters as they are implemented just months ahead of an election in which a record number of Americans are expected to vote by mail, The Guardian reports.

Said Stroman: “If you can’t right the ship, if you can’t correct these fast enough, the consequence is not just, OK, people don’t get their mail, it’s that you disenfranchise people.” He added: “Making these changes this close to an election is a high-risk proposition.”

Joe Biden’s campaign has responded to President Trump after he admitted this morning that he was blocking funding to the US Postal Service to derail mail-in voting.

Said Biden: “The President is sabotaging a basic service, cutting a critical lifeline for rural economies and for delivery of medicines, because he wants to deprive Americans of their fundamental right to vote safely.”

“The U.S. is cutting back on coronavirus testing. Nationally, the number of tests performed each day is about 17% lower than it was at the end of July, and testing is also declining in hard-hit states,” Axios reports.

“Even as states with particularly bad outbreaks pull back on their testing, the proportion of tests coming back positive is still high — which would normally be an indication that they need to be doing more tests.”

Washington Post: “On Wednesday, the country reported its highest number of deaths in a single day since mid-May, at nearly 1,500. The country has now seen its seven-day average of newly reported deaths remain above 1,000 for 17 consecutive days.”

New York Times: “In a hotly contested election year, the loss of college football seems almost certain to seep into politics as well. No conference covers as many presidential battleground states as does the Big Ten, the Midwestern behemoth with schools in seven states that are being fought for by both Joe Biden and Mr. Trump.”

“In crucial battleground states like Ohio, Michigan and Pennsylvania, where college football serves as an autumn religion not just on campus but in the rural areas where Mr. Trump’s support runs deepest, losing football may be a political stain that the president is unable to blame on his enemies in the Democratic Party or on the media.”

A new attempt to restart economic relief negotiations between the White House and Democrats ended just minutes after it began on Wednesday, with President Trump appearing to cast doubt on the whole process by announcing a deal is “not going to happen,” the Washington Post reports.

Said Trump: “The bill’s not going to happen because they don’t even want to talk about it, because we can’t give them the kind of ridiculous things that they want that have nothing to do with the China virus.”

On a private call, Senate Democratic leader Chuck Schumer of New York told senators this week it was White House chief of staff Mark Meadows, not the other key White House negotiator, Treasury Secretary Steven Mnuchin, who threw roadblocks up as talks collapsed, the AP reports.

It’s clear Meadows “is in charge,” was the message from Democratic leadership.

Researchers at Imperial College estimate that 6% of England’s population — or 3.4 million people — have been infected by the coronavirus, a figure far higher than previous findings, the AP reports.

CDC Director Robert Redfield said that if the American public does not follow recommended coronavirus mitigation measures, the country could have the worst fall for public health in U.S. history, CNN reports.

Said Redfield: “For your country right now and for the war that we’re in against Covid, I’m asking you to do four simple things: wear a mask, social distance, wash your hands and be smart about crowds.”

He added: “I’m not asking some of America to do it. We all gotta do it.”

“This is the greatest public health crisis to hit this nation in a century. We were underprepared.” — CDC Director Robert Redfield, quoted by CNN.

“First-time claims for unemployment insurance last fell below 1 million for the first time since March 21 in a sign that the labor market is continuing its recovery from the coronavirus pandemic,” CNBC reports.

“President Trump’s gambit to defer Social Security payroll taxes for the rest of the year and pressure Congress into forgiving them is turning into a logistical challenge, with its rollout complicated by his own unclear statements about the plan,” the Wall Street Journal reports.

Said Trump: “We’ll be terminating the payroll tax after I hopefully get elected.”

“He then said the government could use general taxes and strong economic growth to cover any shortfall in the Social Security trust fund, which is largely funded by the payroll tax.”

Meanwhile, the AP reports that the U.S. Chamber of Commerce thinks Trump’s plan is unworkable.

President Trump told Fox News that he hopes U.S. Attorney John Durham, who is investigating the origins of the Russia probe, is “not going to be politically correct” and warned that Attorney General William Barr could go down as “the greatest attorney general” or just “an average guy” — depending on what comes out of the monthslong probe.

He added: “Bill Barr can go down as the greatest attorney general in the history of our country, or he can go down as an average guy. We’ll see what happens.”

From the Foreward, which is online: “The President of the United States wanted me dead. Or, let me say it the way Donald Trump would: He wouldn’t mind if I was dead. That was how Trump talked. Like a mob boss, using language carefully calibrated to convey his desires and demands, while at the same time employing deliberate indirection to insulate himself and avoid actually ordering a hit on his former personal attorney, confidant, consigliere, and, at least in my heart, adopted son.”

More: “From golden showers in a sex club in Vegas, to tax fraud, to deals with corrupt officials from the former Soviet Union, to catch and kill conspiracies, to silencing Trump’s clandestine lovers, I wasn’t just a witness to the president’s rise—I was an active and eager participant,” it says, among other things.”

Georgia Gov. Brian Kemp (R) “withdrew his lawsuit challenging the city of Atlanta’s mask mandate and coronavirus restrictions, ending a legal feud between the Republican governor and the Democratic leader of the state’s capital city over how to contain the pandemic,” the Atlanta Journal Constitution reports.

“President Trump announced on Thursday that Israel will establish ‘full normalization of relations’ with the United Arab Emirates and forgo for now plans to annex occupied West Bank territory in order to focus on improving its ties with the rest of the Arab world,” the New York Times reports.

New York Times: “By some estimates, at least half of the nation’s children will now spend a significant portion of the fall, or longer, learning in front of their laptops.”

“Rising infection rates were clearly the major driver of the move to continue remote learning. But Mr. Trump’s aggressive, often bellicose demands for reopening classrooms helped to harden the views of many educators that it would be unsafe — and give their powerful unions fodder to demand stronger safety measures or to resist efforts to physically reopen.”

“Indeed, as the president has pushed for schools to reopen, key constituencies — parents and educators — have largely moved in the other direction.”