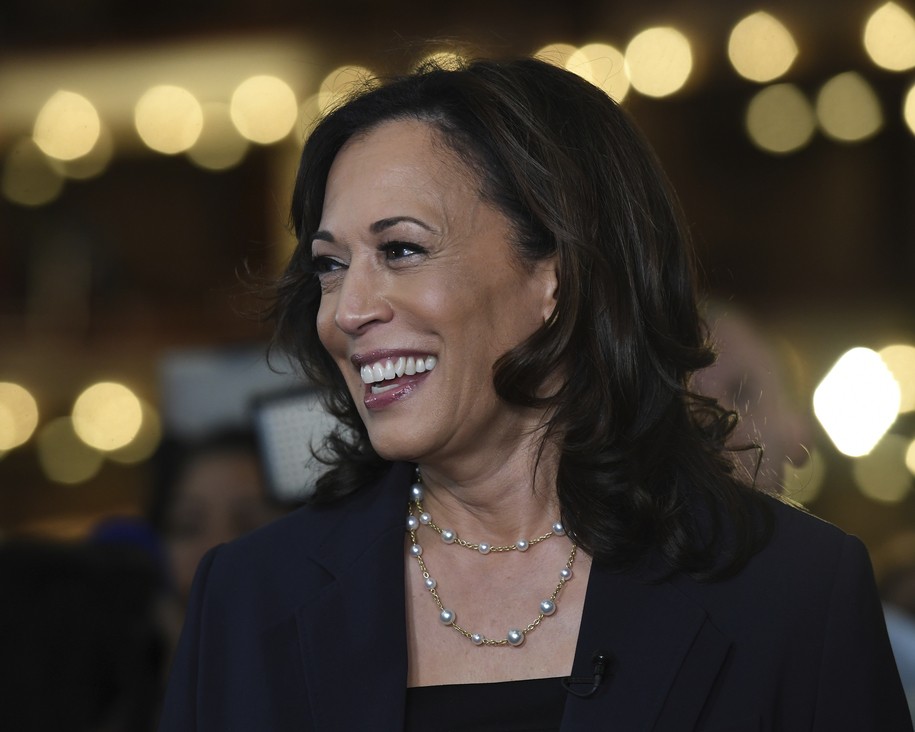 Playbook: If this is the “Duh” election — in which the Democrats bypass a dozen up-and-comers to choose the safe septuagenarian Joe Biden to take on the beleaguered and unpopular Donald Trump — then the obvious choice for VP is Kamala Harris, a well-vetted former presidential candidate and current statewide elected official with fundraising bona fides who deftly hops between the Democratic Party’s shifting tectonic plates.

In nearly every sense, she picks up where Biden falls short. She’s a Black and South Asian woman — the first of both on a major presidential ticket. A Chuck Taylor-wearing 55, she’s the picture of vigor — born when Biden was in college, at one with contemporary pop culture and steeped in the issues facing regular Americans. She’s the child of two immigrant parents. She’s the rare progressive many moderates like.

NBC News: “Harris was difficult to pin down ideologically in the Democratic presidential primary, which left many voters wondering what she stood for and hurt her candidacy and ultimately forced an early exit last December before the first votes were cast.”

“But it also now makes her a more complicated target of attacks by Trump, who has also struggled to land a punch on Biden: During the Democratic primary, Harris was a rare candidate who polled near the front of the pack but never earned a derisive nickname from the president.”

Associated Press: “Biden, too, regularly discussed his potential pick with his sprawling network of friends and advisers. He used Obama in particular as a sounding board, though confidants to both men say the former president was careful not to tip his hand in those conversations as to whom he preferred. But in private, Obama suggested to others that he believed Harris was the favorite.”

Politico notes Sarah Palin offered some warmhearted and uncharacteristically nonpartisan advice for Kamala Harris as she joined Palin in the small club of women chosen for vice president: “Trust no one new” and “Don’t get muzzled.”

Washington Post: “The Trump rally may be a thing of the past. At the least, the signature stew of tribal politics, showmanship, insults, outrage, humor and hero worship that propelled Donald Trump’s improbable victory four years ago and that has punctuated his presidency with the trappings of a perpetual campaign, is on a break.”

“Trump appeared to declare the end of the rally era Tuesday. He said the events — the success of which he has always measured by the size of the crowd and the ‘ratings’ — are a casualty of the coronavirus pandemic. Or more exactly, of the dispiriting optics that proper social distancing would mandate.”

Conspiracy theorists won a major victory on Tuesday as Marjorie Taylor Greene (R), a supporter of the convoluted pro-Trump movement QAnon, triumphed in her House primary runoff election in Georgia, all but ensuring that she will represent a deep-red district in Congress, the New York Times reports.

More than a dozen candidates who have expressed some degree of support for QAnon are running for Congress as Republicans, their path cleared by President Trump’s own espousal of conspiracy theories.

Washington Post: “The elevation of Greene to federal office would mark a watershed for adherents of QAnon.”

Walter Shapiro: “Many volumes will be written about why Biden chose Harris. But the truest bond between them may be the simplest—they are both politicians in the best sense of the word. They understand elections, Capitol Hill, and how to be tough without losing your sense of humor.”

Here’s a striking finding from the new Marquette Law School poll in Wisconsin:

This suggests it’s highly likely some of the closer battleground states could vote for Trump on Election Day and then flip to Biden once all the votes are counted.

The media will almost certainly make it seem like Trump is winning while the mail-in votes are being counted.

It sets up a scenario where Trump makes claims of voter fraud as the count turns against him in the days following the election.

The New York Times: “In naming Kamala Harris as his running mate, Joseph R. Biden Jr. made a groundbreaking decision, picking a woman of color to be vice president and, possibly, a successor in the White House someday. Yet in some ways, Mr. Biden made a conventional choice: elevating a senator who brings generational and coastal balance to the Democratic ticket and shares his center-left politics at a time of progressive change in the party.

“Unlike Barack Obama and George W. Bush, who selected veteran Washington hands as their vice presidents, Mr. Biden, 77, is opting for a time-honored model in which running mates are not just governing partners but political understudies of sorts. Pegged as a rising star for a decade, but with less than four years of experience in the Senate — she was 8 years old when Mr. Biden was first elected to the chamber — Ms. Harris, 55, reflects a traditional archetype in an election year that has been anything but normal.”

Washington Post’s Dan Balz: “The choice was revealing of Biden for another reason. Though Harris was a conventional pick, she may not have been a truly easy pick. Her attack on Biden during the first Democratic debate over his past stand on forced racial busing left him bruised and many of his supporters angry. Despite those feelings, Harris fit better perhaps than any of the other finalists, given the first rule of vice-presidential selections, which is to do no harm.

“As one Democrat put it, by picking Harris, Biden demonstrated that he will do what he thinks he must do to win the election. That Biden was able to put aside that debate moment and look to the larger goal of winning in November says something about both his character and his ambition to be president, a quest that began with his first run for president, in 1988.”

“Joe Kennedy was once thought to be such a lock to defeat Sen. Ed Markey that there was widespread speculation in Massachusetts that Markey might just retire to avoid a humbling end,” Politico reports.

“But Markey is piling up endorsements and closing in on the young congressman in the polls by running a policy-heavy campaign that seems tailored for the moment. There’s growing sentiment that Kennedy underestimated the backlash he’d face for challenging the veteran incumbent, who has become beloved among progressives for his work on the Green New Deal.”

President Trump and his daughter Ivanka both made financial contributions to Kamala Harris’s campaign when she was running for reelection as California’s attorney general before she became a senator — and, eventually, as of Tuesday, a Democratic vice-presidential candidate. The donations were originally noted by McClatchy DC when Harris was running for president in the Democratic primaries last year.

According to campaign-finance records, Donald Trump donated a total of $6,000 to Harris’s attorney-general reelection campaigns in 2011 ($5,000) and 2013 ($1,000). Ivanka Trump gave Harris’s campaign $2,000 in 2014. In 2015, months after the elder Trump began spreading the baseless birther conspiracy theory about President Obama on television, Harris donated the $6,000 to a nonprofit that advocates for Central Americans’ rights, her presidential campaign manager told McClatchy last year.