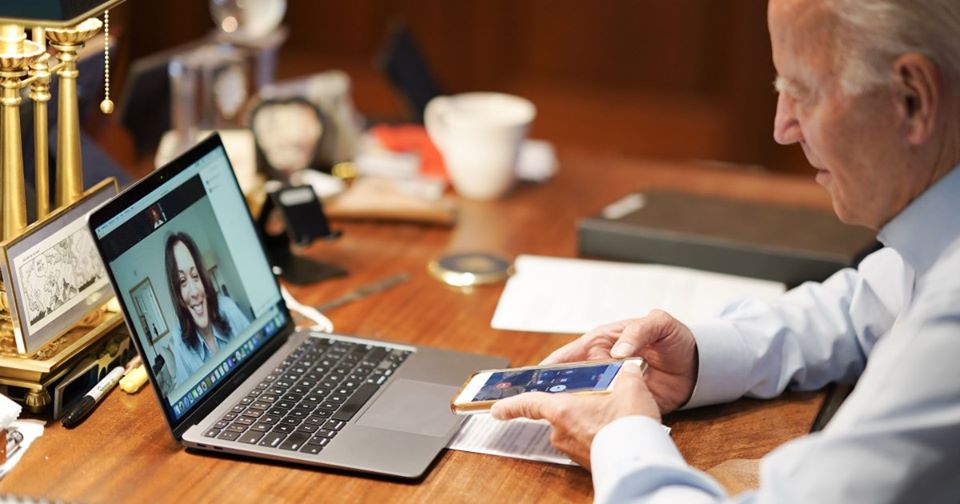 Sen. Kamala Harris (D-CA), the daughter of Jamaican and Indian immigrants, is Joe Biden’s pick to be his running mate.

From an email: “I’ve decided that Kamala Harris is the best person to help me take this fight to Donald Trump and Mike Pence and then to lead this nation starting in January 2021.”

You make a lot of important decisions as president. But the first one is who you select to be your Vice President. I’ve decided that Kamala Harris is the best person to help me take this fight to Donald Trump and Mike Pence and then to lead this nation starting in January 2021.

These aren’t normal times. For the first time in our history, we’re facing three historic crises — all at the same time. We’re facing the worst pandemic in 100 years. The worst economic crisis since the Great Depression. The most powerful calls for racial justice in a generation. And we have a president who has both failed to lead on the virus — costing lives and decimating our economy — and fanned the flames of hate and division.

I need someone working alongside me who is smart, tough, and ready to lead. Kamala is that person.

I need someone who understands the pain that so many people in our nation are suffering. Whether they’ve lost their job, their business, a loved one to this virus. This president says he “doesn’t want to be distracted by it”. He doesn’t understand that taking care of the people of this nation — all the people — isn’t a distraction — it’s the job. Kamala understands that.

I need someone who understands that we are in a battle for the soul of this nation. And that if we’re going to get through these crises — we need to come together and unite for a better America. Kamala gets that.

If I’m President, I’m committed to making things better — not just in the short term, but sustainably, structurally, and permanently. We won’t have time to delay. I need a partner who can help deliver on those promises, and quickly.

I was privileged to serve this nation for two terms as Vice President alongside President Obama, a man of extraordinary character who I believe will go down in history as one of our great presidents. So, I know a thing or two about being Vice President. More than anything, I know it can’t be a political decision. It has to be a governing decision. If the people of this nation entrust me and Kamala with the office of President and Vice President for the next four years, we’re going to inherit a nation in crisis, a nation divided, and a world in disarray. We won’t have a minute to waste.

That’s what led me to Kamala Harris.

As a United States Senator from California, Kamala represents the biggest state in the union. She’s been one of the toughest and most effective Senators on two of the most important committees in the Senate — Intelligence and Judiciary. Two committees that have directly dealt with some of the most important issues facing this nation at home and around the world.

She sits on the Senate Select Committee on Intelligence, where she deals with the nation’s most sensitive threats.

We’ve all watched her hold the Trump administration accountable for its corruption, stand up to a Justice Department that’s run amok, and be a powerful voice against their extreme nominations.

She’s been a leader on criminal justice and marriage equality. And she has focused like a laser on the racial disparities as a result of the coronavirus.

As California’s Attorney General, she led one of the biggest legal departments in the nation — where she was a powerful advocate for people in taking on the big banks and protecting women and kids from abuse. She’s delivered billions in settlement money to consumers, taking on companies for fraud, pollution and abuse.

I first met Kamala through my son Beau. They were both Attorneys General at the same time. He had enormous respect for her and her work. I thought a lot about that as I made this decision. There is no one’s opinion I valued more than Beau’s and I’m proud to have Kamala standing with me on this campaign.

Her record of accomplishment — fighting tooth and nail for what’s right — is why I’m choosing her. There is no door Kamala won’t knock on, no stone she’ll leave unturned, if it means making life better — for the people.

So join me today in welcoming Kamala Harris to our team.

She will wake up every day — like I will — thinking about how to make life better for people. How to rebuild our country back better. How to make it more just. How to win the next fight in the battle for the soul of this nation.

Because that’s what the Presidency — and the Vice Presidency — is. It’s a duty to care: for you, for all of us. This will be the fight of our administration, and there’s no better partner that I could have asked for.