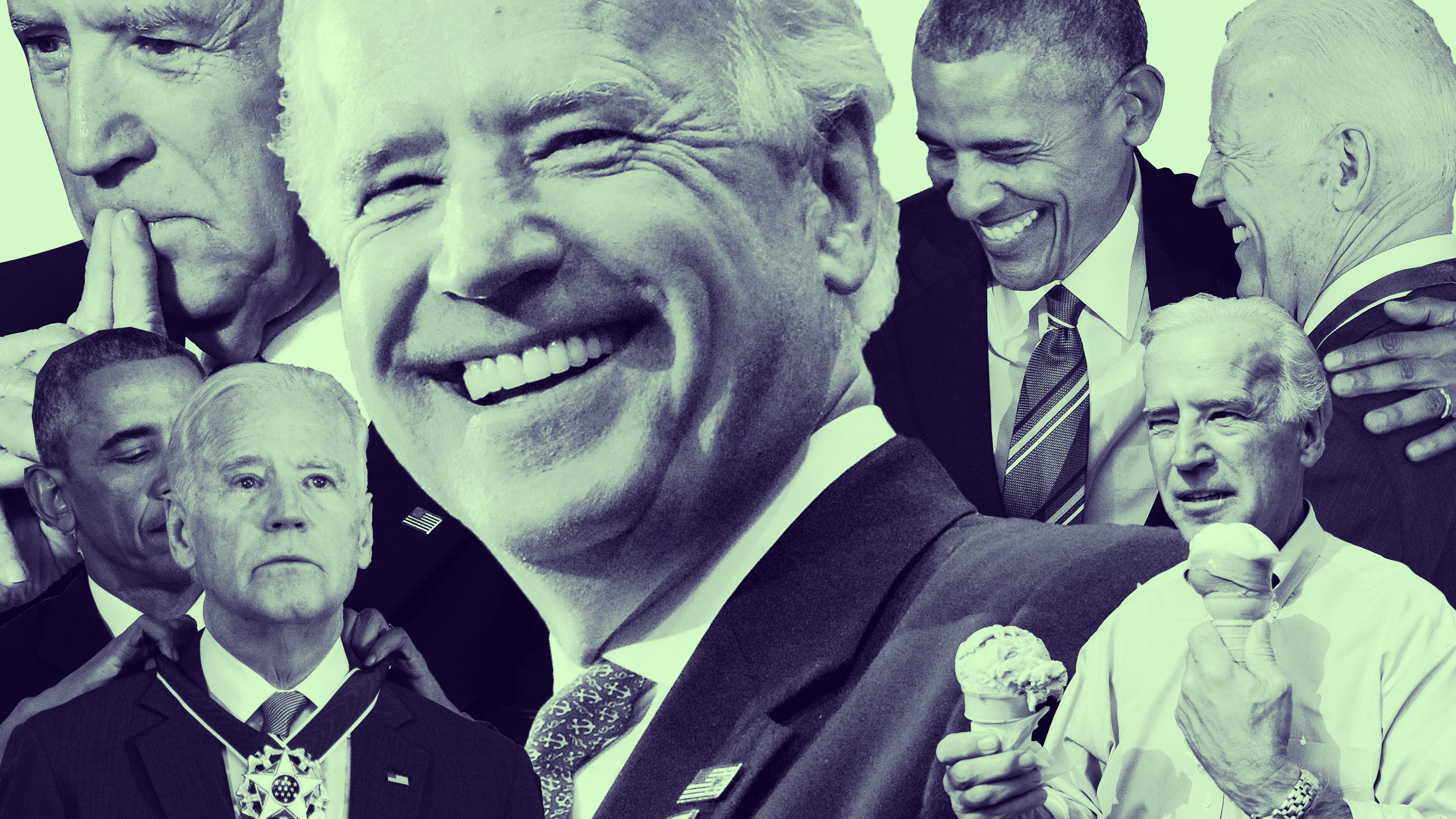 Here are the latest battleground polls:

Nearly two-thirds of Americans disapprove of President Trump’s handling of three major challenges facing the country — the coronavirus pandemic, nationwide unrest over racial inequality and relations with Russia — in a new ABC News/Ipsos poll, a sign of the obstacles that his reelection bid faces just three months before Election Day.

66% disapprove of Trump on handling the Pandemic.

64% disapprove of Trump on his handling of the Racial Justice Protests.

52% disapprove of Trump’s fascist invasion of Portland and other cities, saying sending federal law enforcement into those cities made the situation worse, not better.

Politico: “Across 15 possible battleground states, nearly every Democratic state party group is hitting higher quarterly fundraising totals or holding more cash on hand in their federal accounts than they did at this point during the 2016 presidential campaign, and a majority of them did both.”

New York Times: “Mr. McConnell and other Senate Republican leaders have made urgent pleas to the president to block Mr. Kobach by endorsing one of his opponents, Representative Roger Marshall. But Mr. Trump has so far declined to do so, and his aides said they had no plans to change course. Compounding the frustration of Capitol Hill Republicans, White House aides have refused to tell Mr. Kobach, a longtime booster of Mr. Trump, to stop using the president’s imagery in his campaign materials.”

“With a number of incumbent Senate Republicans trailing in polls, and being out-raised by their Democratic rivals, they have little margin for error as they seek to protect their 53-47 majority. And because of Mr. Trump’s broad unpopularity, and a health crisis that has devastated the economy, even a deeply conservative state like Kansas, which has not sent a Democrat to the Senate since the 1930s, is no sure thing for Senate Republicans this year.”

“President Trump indicated to associates during a flight on Air Force One on Wednesday that he would not intervene in the US Senate Republican primary in Kansas despite the fears among top Republicans that the state could elect a nominee who will lose the seat and thus the Senate,” CNN reports.

“While the GOP establishment has long been alarmed by the prospect that conservative firebrand Kris Kobach could win the primary on Tuesday only to lose the general election in November, Trump has so far not endorsed its favored candidate, Republican Rep. Roger Marshall.”

Sen. Tammy Duckworth (D-IL) told the Washington Post that she has been interviewed by Joe Biden’s team to be his vice presidential nominee. Said Duckworth: “I have been interviewed, yes, I’m on Team Biden. But it really doesn’t matter what position I play as long as we get Joe Biden elected.”

“Texas Republicans warn the traditionally red battleground is on the verge of turning blue and fear Joe Biden will answer the Trump campaign’s dare to sink major resources into flipping the state’s crucial 38 Electoral College votes,” the Washington Examiner reports.

“The Trump campaign is scoffing at polls showing the president and the presumptive Democratic nominee tied, taunting Biden that he should waste money in a futile bid for an expensive state with 20 media markets. That cavalier attitude concerns veteran Republican insiders. Trump is underwater in the suburbs, and party strategists caution a sizable investment in communities ringing Austin, Dallas, Houston, and San Antonio could push Biden past the incumbent and tank Republicans down ballot.”

“The U.S. Postal Service is experiencing days-long backlogs of mail across the country after a top Trump donor running the agency put in place new procedures described as cost-cutting efforts, alarming postal workers who warn that the policies could undermine their ability to deliver ballots on time for the November election,” the Washington Post reports.

“As President Trump ramps up his unfounded attacks on mail balloting as being susceptible to widespread fraud, postal employees and union officials say the changes implemented by Trump fundraiser-turned-postmaster general Louis DeJoy are contributing to a growing perception that mail delays are the result of a political effort to undermine absentee voting.”

David Wasserman: “Trailing Joe Biden in polls, President Trump is attacking mail-in voting as a potential source of illegal Democratic votes on a near-daily basis. But the biggest risk of a pandemic-induced crush of mail-in votes isn’t fraud, an extraordinarily rare occurrence in American elections.”

“The real danger is a perfect catastrophe of administrative overload, postal delays and voter error that could lead to millions of absentee ballots not counting. And this year, unlike the past, those ballots are likely to be overwhelmingly Democratic.”

“The problem for Democrats? Absentee ballots are rejected at higher rates than those cast in person.”

“President Trump’s campaign has virtually disappeared from the airwaves as it undertakes ‘a review and fine-tuning of the campaign’s strategy’ as an official put it after the replacement of campaign manager Brad Parscale,” NBC News reports.

“With less than 100 days until Election Day, the Trump campaign spent virtually nothing on television or radio ads on Wednesday and Thursday, according to data from Advertising Analytics. And it has effectively nothing booked through August.”

Politico: “Donald Trump’s suggestion that he might try to delay the election — or might not accept the result — is rapidly coming to the forefront of the presidential campaign, foreshadowing a final stretch roiled not only by the coronavirus and the economy, but by clashes over the nation’s most fundamental democratic norms.”

“Though Trump has no authority to move the election — an idea he floated Thursday — Democrats are already bracing for Republican challenges to absentee ballots and at vote counting on Election Day. They have good cause to be prepared: the president has repeatedly raised the prospect of a ‘rigged election’ and recently declined to say if he’ll accept the results.”

“Trump’s rhetoric points increasingly to the possibility that he will dispute the outcome in a year marked by primary election administration meltdowns — a prospect that is heightened by his absolute control of state and national party machinery and an attorney general who has amplified Trump’s unsubstantiated claims about mail-in voting fraud.”

THEN: “Those are the incoherent, conspiracy theory ramblings of a lost candidate who is out of touch with reality.” — Trump campaign spokesman Tim Murtaugh, on ABC News on April 23, after Joe Biden warned that President Trump would try to delay the election.

“At fund-raising events where he has pulled in more than $24 million for Joe Biden’s campaign in the past two months, former President Barack Obama has privately unleashed on President Trump to party donors, bringing up past accusations of Mr. Trump’s ‘assaulting women’ and warning of his efforts to push ‘nativist, racist, sexist’ fears and resentments,” the New York Times reports.

“With less than 100 days until the presidential election, Mr. Obama has laid out the stakes of 2020 in forceful fashion. He has urged support for Mr. Biden, his former vice president, while worrying about the state of American democracy itself, even making an oblique reference to Nazi Germany.”

David Rothkopf: “Trump fears this election not simply because the general public seems to want him to lose but because a loss of the powers and asserted immunities associated with the presidency may ultimately cost him his freedom in the long run.”

“A post-Trump era might indeed be rife with serious legal threats not just to Trump but to Barr and many close to them. Therefore, they will do whatever it takes to win.”

Amy Walter: “The once rock-solid grip that the president had on his party seems to be slipping. Talking with pollsters and strategists from both sides this week,  it’s clear that Trump is suffering not just with Democrats and independents but also with GOP voters. They tell us of polling that shows Trump underwater in districts he carried easily in 2016.”

Rep. Devin Nunes (R-CA) refused to answer when directly asked whether he has been given foreign information meant to damage Joe Biden, according to a transcript of a closed-door committee meeting, CNNreports.

“The information in question pertained to packets reportedly sent to GOP members of Congress, including Nunes, by Ukranian lawmaker Andrii Derkach — who has worked closely with President Trump’s lawyer Rudy Giuliani.”