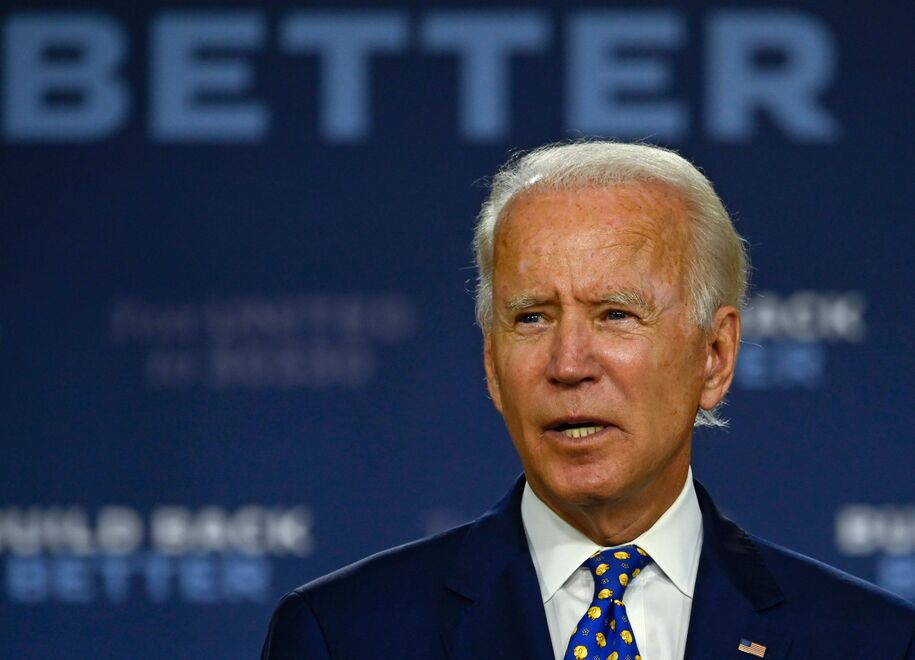 Joe Biden said he will announce his running mate “in the first week in August.”

Politico: “The chatter is loud enough that allies of others being eyed for the vice presidency are increasingly worried about Rice … Privately, some in California Sen. Kamala Harris’ world have indicated that Rice could be Harris’ most formidable rival for the vice presidential slot.”

Associated Press: “As he took questions from reporters on Tuesday, Biden held notes that were captured by an Associated Press photographer. Harris’ name was scrawled across the top, followed by five talking points.”

“Those are all observations Biden has made about Harris before. But they take on new significance following a recent Politico report that one of Biden’s closest friends and a co-chair of his vice presidential vetting committee, former Connecticut Sen. Chris Dodd, still harbors concerns about Harris’ tough debate stage performance and that she hasn’t expressed regret.”

“A slew of dismal summer polls and a persistent fundraising gap have left some Republicans fretting about a nightmare scenario in November: That they will fall further into the House minority,” Politico reports.

“Publicly, House GOP leaders are declaring they can still net the 17 seats needed to flip the chamber. But privately, some party strategists concede it’s a much grimmer picture, with as many as 20 Republican seats at risk of falling into Democratic hands.”

“Far from going on offense, the GOP could be forced to retrench in order to limit their losses. There’s a growing fear that Trump’s plummeting popularity in the suburbs could threaten their candidates in traditionally favorable districts, and that their party’s eagerness to go on offense might leave some underfunded incumbents and open GOP-held seats unprotected.”

Twitter has “temporarily limited” the account features of Arizona Republican Party Chairwoman Kelli Ward after determining she violated its policy on spreading misleading and “potentially harmful” information about the COVID-19 pandemic, the Arizona Republic reports.

The decision by Twitter came after she shared the viral video of a group of physicians making false and misleading comments about the pandemic.

Maryland Gov. Larry Hogan (R), a frequent critic of President Trump, said that while he was unsure whether he would vote for the president in November, he would not rule it out, The Hill reports.

A Joe Biden adviser tells the Washington Post that they have a better chance to expand the electoral map to Georgia than in Texas.

Said the adviser: “Texas is 22 fucking media markets. That is never going to happen. It’s just not going to happen. Everyone knows that. I don’t know why people are still even talking about it.”

The adviser added: “Georgia is real and that’s a decision this campaign will have to eventually make but not until we feel really comfortable about the six core states — and we are going up in Nevada tomorrow just to make sure since it’s a state that gets squirrelly in a recession.”

A new Public Policy Polling survey in Georgia finds Biden just ahead of Trump, 46% to 45%.

“Joe Biden’s campaign has added five senior staff members in Georgia, a sign the presumptive Democratic presidential nominee intends to contest the traditionally red state that Democrats believe is up for grabs in November,” The Hill reports.

First Read on the six things that could change the presidential race.

President Trump told WRAL that he will accept the Republican nomination in North Carolina as initially planned, marking a reversal after he attempted to move portions of the party’s convention out of the state.

“When former Mayor Michael Bloomberg dropped out of the presidential race in March, he was expected to continue pouring huge sums of money into the effort to defeat President Trump,” NY1 reports.

“President Trump’s re-election effort is alleged to have paid more than $170 million to companies affiliated with former campaign manager Brad Parscale without disclosing the ultimate recipients of the money,” the Wall Street Journal reports.

President Trump is spending 92% of his advertising money to keep states he won in 2016, playing a game of defense in areas a Republican incumbent should be able to count on, Bloomberg reports.

“The spending data paints a very different picture than Trump himself, who boasts that he’s in strong shape for re-election and that a string of recent polls showing Biden leading comfortably are wrong. For an incumbent president to be defending so many once-friendly states is a sign of trouble.”

“Republicans once dominated voting by mail in Florida. But that was before President Donald Trump got involved,” the AP reports.

“After months of hearing Trump denigrate mail-in balloting, Republicans in the critical battleground state now find themselves far behind Democrats in the perennial push to urge their voters to cast ballots remotely. While Democrats have doubled the number of their voters who have requested mail ballots compared to 2016, Republicans have increased their numbers by about 20% since then.”

“The recent tally is the hard evidence confirming many Republicans’ fears about Trump’s tweeting about mail-in voting: GOP voters are listening and appear less likely to take advantage of what many election and health officials agree is the easiest and safest way to vote in a pandemic.”

1 comment on “The Campaign Report – Biden VP Announcement next week”