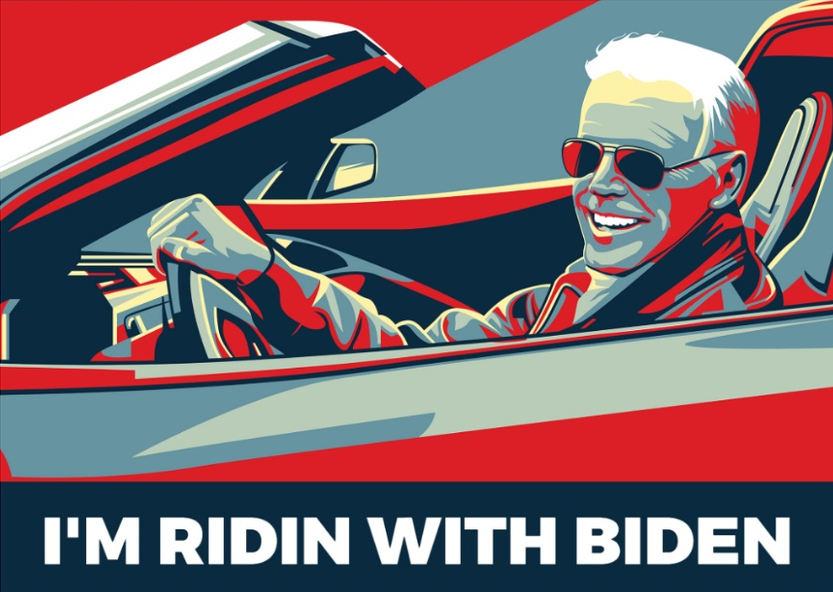 “The Democratic National Committee is launching a new offensive on President Trump’s handling of the coronavirus pandemic with a focus on the thorny issue of reopening schools, rolling out a television ad on Monday as parents and educators across the country express widespread concern ahead of the new school year,” CNN reports.

From the ad: “Other countries followed guidance. He ignored science. Desperate to reopen schools because he thinks it will save his reelection, threatening their funding, ignoring how the virus spreads, risking teachers’ and parents’ lives, going against the advice of experts.”

It ends with the narrator asking, “Do you trust him to do what’s best for our children? Because this is not a test. Trump is failing,” after which Trump can be heard saying: “I aced it. I aced the test.”

Politico: “When former Sen. Chris Dodd, a member of Joe Biden’s vice presidential search committee, recently asked Kamala Harris about her ambush on Biden in the first Democratic debate, Dodd was stunned by her response.”

Said Dodd to a longtime supporter: “She laughed and said, ‘that’s politics.’ She had no remorse.”

“The person added that Dodd’s concerns about Harris were so deep that he’s helped elevate California Rep. Karen Bass during the vetting process, urging Biden to pick her because ‘she’s a loyal No. 2. And that’s what Biden really wants.’ Through an aide, Dodd declined to comment. Advisers to Harris also declined to comment.”

Gallup: “Americans’ ideological bent has shifted in the first half of 2020 with fewer people self-identifying as politically conservative in May and June than at the start of the year. There has been a corresponding increase in self-described liberals while the percentage moderate has been fairly steady.”

Nate Silver told ABC News that while President Trump’s reelection bid is “clearly in trouble” due to his dismal coronavirus approval ratings and polling in swing states, he does not believe the president’s “fate is sealed.”

Checking the polling averages: FiveThirtyEight estimates Joe Biden holds an 8% lead over Donald Trump, RealClearPolitics says 9.1% and the Economist puts it at 8.4%.

Jonathan Bernstein: “How big is that lead? Big enough. Even if the polls are a bit off and Trump is actually doing better, and even if he still has an Electoral College advantage and everything breaks in his favor, there’s no way he wins if the polls look this way in November.”

“But of course it’s July, not November. The good news for Trump is that despite everything that’s gone wrong, even a modest rally would put him close enough that a normal polling error and an Electoral College edge could be enough to win a second term.”

“The bad news for him is that it seems unlikely he can do that. Trump has trailed Biden in head-to-head polling throughout the campaign, long before the pandemic and ensuing recession. It’s anybody’s guess what will happen with the virus by November, but it’s hard to believe that it will no longer be a dominant issue — and Trump’s polling on the pandemic is bad and getting worse.”

“When Barack Obama and Joe Biden reunited this month for a video to promote Biden’s presidential bid, they shot enough footage to keep the former president visible in a race that the coronavirus pandemic has pushed largely out of public sight,” BuzzFeed News reports.

“On Monday, Biden’s team released a clip of the former president and his two-term vice president checking in with a 19-year-old campaign volunteer by telephone.”

“The private-equity industry is pouring millions of dollars into the 2020 elections, with some donors hoping to prevent full Democratic control of Capitol Hill and the potential for tighter oversight of their sector,” the Wall Street Journal reports.

The Biden campaign is forbidding staff from trading individual stocks without approval from the campaign’s general counsel, Bloomberg reports.

Politico: “According to conversations with a dozen Democrats … Biden pines for a partner who could be to him what he was to Obama: a friend and confidante who subsumed his political interests to those of his boss.”

“The elusive hunt for Biden’s Biden has recently pushed Susan Rice into the top tier of candidates. As Obama’s national security adviser for his entire second term, Rice and Biden worked closely together on an almost daily basis, making her the only potential running mate who Biden knows so intimately.”

James Hohmann: “With public polls showing Biden, the presumptive Democratic nominee, ahead nationally by double digits – and even leading Trump in red states such as Texas, Arizona and North Carolina – Democrats feel increasingly confident that they will be able to expand their majority in the House.”

“America’s standing in the world is at a low ebb. Once described as the indispensable nation, the United States is now seen as withdrawn and inward-looking, a reluctant and unreliable partner at a dangerous moment for the world. The coronavirus pandemic has only made things worse,” the Washington Post reports.

“President Trump shattered a 70-year consensus among U.S. presidents of both political parties that was grounded in the principle of robust American leadership in the world through alliances and multilateral institutions. For decades, this approach was seen at home and abroad as good for the world and good for the United States.”

“From abroad, the United States is seen as having lost confidence in itself as it grapples not only with the pandemic but also with long-standing political divisions and a racial reckoning over the treatment of black Americans.”

Former Rep. David Jolly (R-FL) indicated that he’s considering a run for Florida Governor or the U.S. Senate in 2022, but not as a Republican, Florida Politics  reports. Said Jolly: “I left the GOP and am not returning.”

“The University of Notre Dame is withdrawing as the host site for the first presidential debate in September, saying the health precautions for the event would interfere with student education,” The Hill reports.

Playbook: “The Democratic Convention — Aug. 17 to Aug. 20 — will be live from 9 P.M. to 11 P.M. each evening, with one or more speakers appearing nightly from a swing state, including Wisconsin.”

Said Stephanie Cutter: “It has turned into an almost 100% virtual convention. Speakers are participating from all over the country, not just politicians. Expect more of everyday Americans saying what’s on their minds and less scripted content.”

“The roll call will occur across all 50 states and seven territories.”

Pew Research: “Most Americans (71%) have heard of a conspiracy theory circulating widely online that alleges that powerful people intentionally planned the coronavirus outbreak. And a quarter of U.S. adults see at least some truth in it – including 5% who say it is definitely true and 20% who say it is probably true.”

“Educational attainment is an especially important factor when it comes to perceptions of the conspiracy theory. Around half of Americans with a high school diploma or less education (48%) say the theory is probably or definitely true… That compares with 38% of those who have completed some college but have no degree, 24% of those with a bachelor’s degree and 15% of those with a postgraduate degree.”