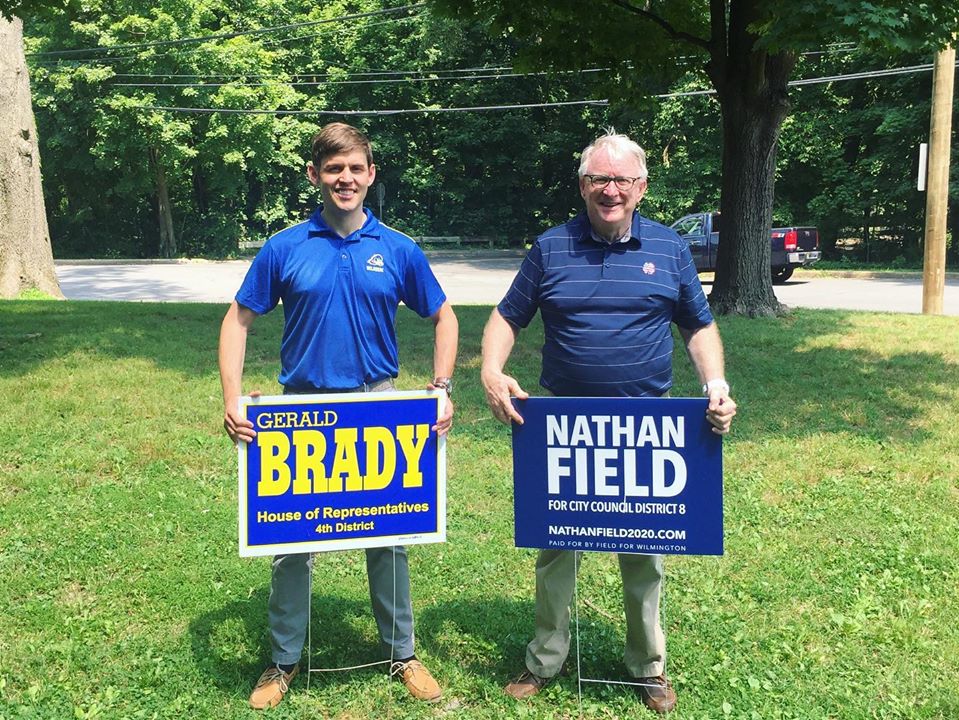 Back in late April, I wrote about how a pool of local Democrats are using their campaign funds to support the endangered Senator DelCollo.

Soon after that, one of those Democrats, Rep. Gerald Brady , joined DelCollo with another mailer, this time just targeting the EDs Rep. Brady shares (08-04 and 12-04) with DelCollo. This isn’t many, but the targeting is interesting for a piece that provided a solid summary of COVID information. Why wouldn’t this be of interest to the entire 4th RD? Here’s the mailer:

It seems that Representative Brady has been creating a real sideline in supporting GOP legislators and candidates. Back in 2016, he specifically endorsed Robert Kessler, who was a GOP candidate for Wilmington’s City Council. Word on the street is that Brady made this deal to keep Kessler out of the race to challenge him in RD4. This cycle, he is using campaign funds to prop up Senator DelCollo. This year, he’s endorsing a Wilmington City Council candidate — while running as a Democrat — doesn’t have especially Democratic positions. Specifically towards unions.

Nathan Field is a Democratic candidate for Wilmington City Council’s 8th District, in a race to replace Bud Freel who is retiring. He’s never run for office before and his family owns a local construction company. He’s also been in Dover (according to sources who have seen it) lobbying on behalf of his family to abolish the prevailing wage and to abolish the Union apprenticeship program. Rep. Brady has endorsed him for City Council. Brady endorsed him without even talking with the other candidates (there were two others at the time — Sean Barney and Brenda Joy Good. Good has since dropped out of the race.) for this Council race.

No one seems to know why Rep. Brady might support GOP candidates or endorse candidates that specifically do not support union values or legislative agenda. You’d expect that a legislator who is also the Executive Director of the Delaware AFL-CIO and who, according to Rep. Brady’s legislative web page, says that “he is a believer in the strength and necessity of unions.” But not enough to endorse candidates who share that belief.

So what are we supposed to think here? Have our local unions abandoned the effort to make sure that Delaware is not a “Right to Work (for less)” state? Or abandoned the effort to maintain the prevailing wage or even to increase the minimum wage to a more livable one? We should hear from the AFL-CIO on this. Especially since the other candidate in this race — Sean Barney — is a strong supporter of unions and would be a partner in ensuring that union rights and organizing initiatives in DE are not rolled back.

To be clear, Rep. Brady is entitled to endorse who he wishes. We just wish he would get in the habit of endorsing and helping candidates who also support unions and other typical Democratic values.

7 comments on “Rep. Gerald Brady Has a Problem with Endorsing Anti-Union Candidates”