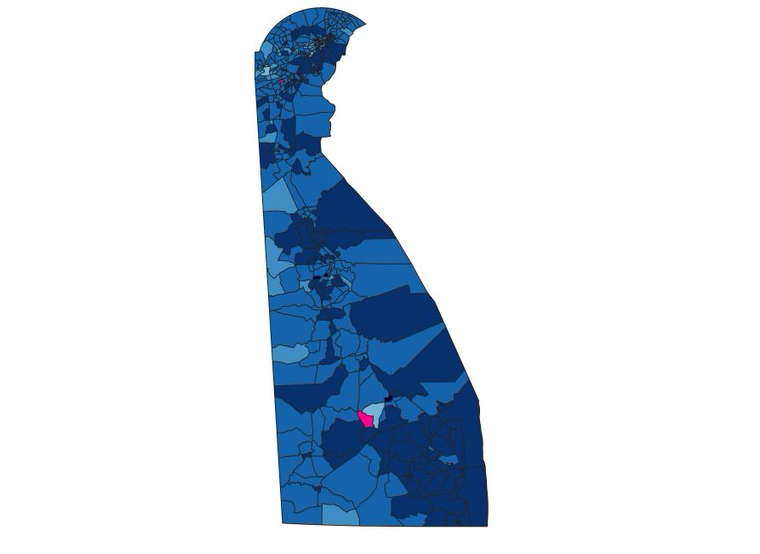 Nicholas Schrieber has put together a spectacular map of the results of the 2020 Democratic Presidential primary that occurred earlier this month on July 7, broken down by election districts. Given that Biden won with 89% of the vote, it goes without saying that he won every election district. The thing that stands out to me is the light blue Newark, where presumably Sanders and Warren did better than anywhere else in the state.

2 comments on “Mapping out the 2020 Delaware Democratic Presidential Primary”